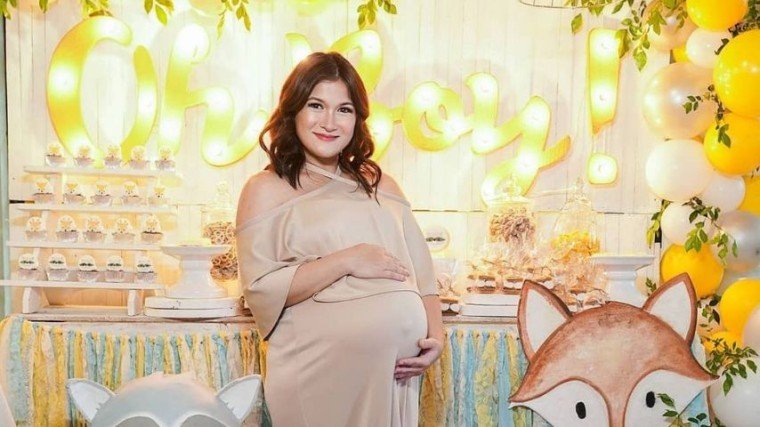 As she awaits the arrival of another baby boy, actress Camille Prats received baby shower put together by her event organizer friends, whom she calls her ates, Christine Ong and Char Tinio,  held last Sunday, June 23 at the Flossom Kitchen + Cafe in San Juan City.

With the idea of enchanted woodland in their minds, Christine and Char took the forest indoor and turned the venue into a whimsical and cute fairytaleland for the couple’s—Camille and her husband VJ Yambao—guests to enjoy.

The forest-themed party was made livelier with words decors created out of glowing light bulbs that read “Oh Boy!”, which is placed under an arch of yellow and silver balloons. The presence of woodland foxes and mushrooms at the rustic center table—which displayed naked cupcakes—completed the forest vibe.

The soon-to-be mother of three shared a few photos from the special occasion via Instagram which was taken by Nice Print Photo, see it for yourself: