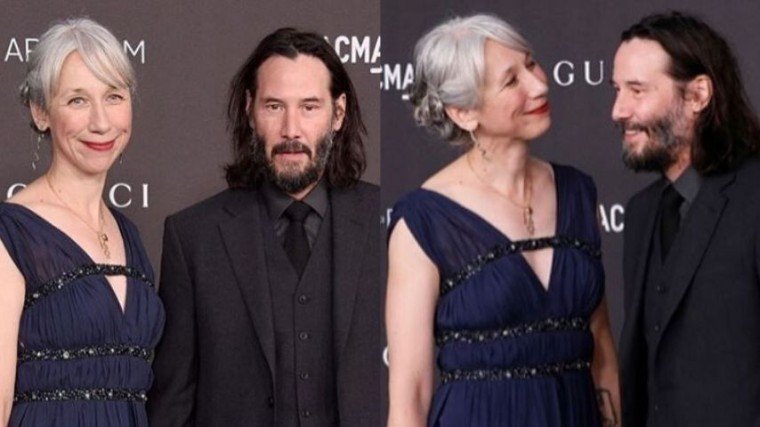 Hollywood actor Keanu Reeves suprised the public after showing up at the red-carpet event escorting a partner, something he never did for decades.

Is she Keanu Reeves's new girlfriend?

Keanu Reeves, who was in black suit, shirt, and tie; while Alexandra Grant was lovely in her navy blue sleeveless dress, gamely posed for the cameras while holding each other's hands.

The two are said to be friends for a long time. They have, in fact, worked together in Reeves's books "Ode to Happiness” in 2011 and "Shadows" in 2016. The actor wrote the books while Grant did the visual arts.

In 2017, they founded the publishing house X Artists’ Books.

There have been rumours that the Hollywood star has fallen in love and gotten serious with the Los Angeles-based artist whose works can be found in the Los Angeles County Museum of Art.

The couple were reportedly seen in mid-October to be very happy in each other's company on Sunset Boulevard in Los Angeles. And in some instances, Grant was even seen resting her head on the movie star's shoulder.

Keanu had always been silent when it comes to his personal life; yet he was still inadvertently linked to a number of lovely female celebs that included Amanda De Cadenet, Sandra Bullock, Claire Forlani, Jill Schoelen and the late Jennifer Syme.