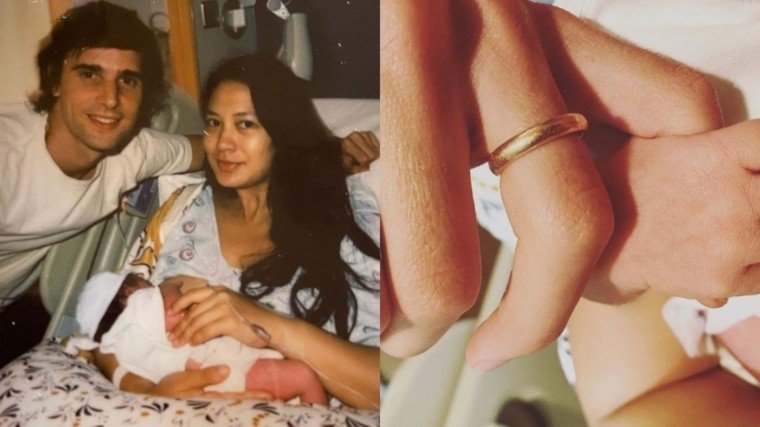 Isabelle Daza has recently introduced her newborn Valentin on Instagram!

On Wednesday, April 21, Isabelle Daza and husband Adrien Semblat took to their respective Instagram accounts to happily introduce their second child to the public.

Adrien posted a polaroid photo of him, Daza, and Valentin (the name of their new baby) taken in a hospital in Hong Kong. The photo had the date “April 9, 2021” written on it, indicating the latter’s date of birth.

Isabelle, for her part, re-posted the polaroid photo and shared more photos of her and Adrien in Hong Kong and the “kuya party” they threw Baltie, their first son, back in the Philippines.

“Valentin, we are so happy you exist,” the actress wrote as a caption to her post.

Isabelle’s celebrity colleagues like Sarah Lahbati, Karylle, Max Collins, and Jessy Mendiola all sent their warmest congratulatory messages to her in the comments section.

It was last December 2020 when Isabelle announced that she was 21-weeks pregnant. This was after she promoted her line of activewear on Instagram.

By February, she held her own pilates and barre-themed baby shower attended by her close friends.

Isabelle and Adrien tied the knot in the San Francesco Church in Tuscany, Italy last September 2016. They welcomed firstborn Baltie on April 2018.

LOOK: Isabelle Daza reveals she is pregnant with second baby!

Pika's Pick: Isabelle Daza and Adrien Semblat celebrate 11 years of being in love