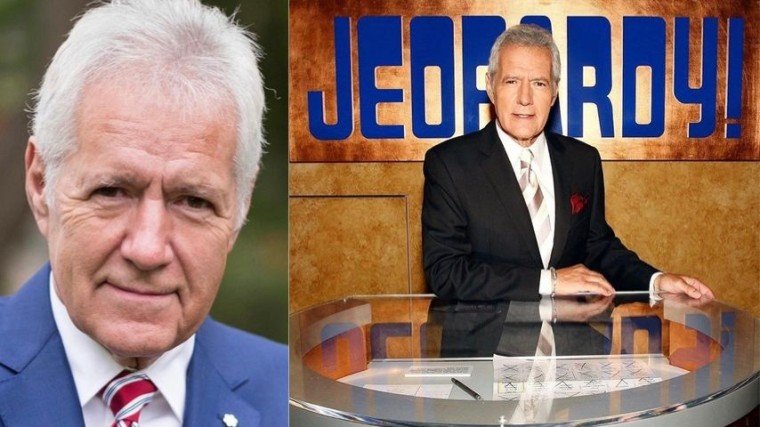 “I will keep doing it as long as my skills do not diminish, and they have started to diminish. I’m sure there are observant members of the television audience that notice also, but they’re forgiving. But there will come a point when fans and producers will no longer be able to say, ‘It’s okay.’”

“I lost about 12 lbs. in a week, and my numbers went sky-high, much higher than they were when I was first diagnosed. So, the doctors have decided that I have to undergo chemo again, and that's what I'm doing.

"I’m hanging on. So we’re back on the chemo and we’ll see if the numbers go down. And if they do… they can’t keep doing chemo forever, of course. They’ll have to find a new protocol or whatever to administer. We’ll play it by ear and keep chugging along until we either win or lose."

"And so what the challenge for 'Jeopardy!' viewers is right now is to figure out, 'Is that Alex's real hair or is that a full hairpiece?' Because they all know that when you start chemo, you lose your hair. So, which is it?" tawa pa niya.

Bago dumaan sa isang procedure si Trebek, nasabi niya ay: “I’m going to fight this. I’m going to keep working and with the love and support of my family and friends and your prayers also, I plan to beat the low survival rate.”

Nagawa pa niyang magbiro sa pagsabi ng: "Truth told, I have to because under the terms of my contract, I have to host Jeopardy for three more years, so help me. Keep the faith and we’ll win.”

"I’m not afraid of dying. I’ve lived a good life, a full life, and I’m nearing the end of that life… if it happens, why should I be afraid that? One thing they’re not going to say at my funeral, as a part of a eulogy, is, ‘He was taken from us too soon.’”

Alek Trebek has been the host of the syndicated game show Jeopardy! since it was revived in 1984, and has also hosted a number of other game shows, including The Wizard of Odds, Double Dare, High Rollers, Battlestars, Classic Concentration, and To Tell the Truth. Trebek is contracted to host Jeopardy! until 2022.

As of June 13, 2014, Trebek has held a Guinness World Record for "the most gameshow episodes hosted by the same presenter (same program)" for having hosted 6,829 episodes of Jeopardy!

In 1998, Trebek donated 74 acres (30 hectares) of open land in the Hollywood hills (worth over $2 million at the time) to the Santa Monica Mountains Conservancy.

In 2016, Trebek donated $5 million to the University of Ottawa to fund the Alex Trebek Forum for Dialogue, the objective of which is "to expose students to a wide range of diverse views, through speeches, public panels, events and lectures by University of Ottawa researchers, senior government officials and guests speakers from around the world."