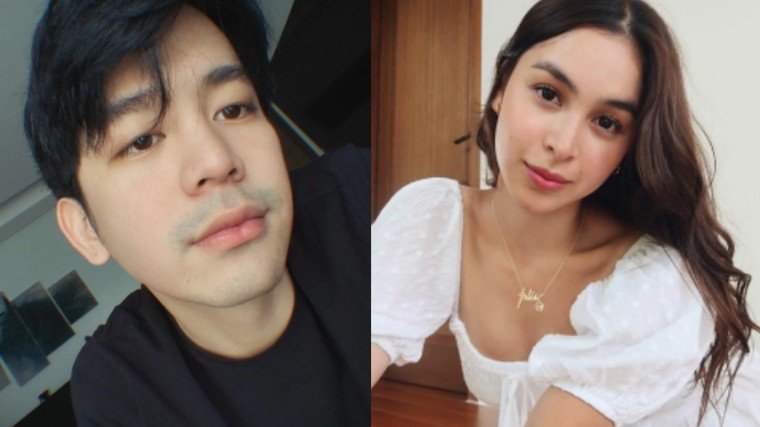 On Monday night, August 10, former real-and-reel life couple Joshua Garcia and Julia Barretto announced that they have followed each other back on Twitter.

It was Julia who started their online conversation, writing "Cheers @iamjoshuagarcia" accompanied by the clinking beers emoji and a photo of their upcoming digital project Love Unlock.

Joshua replied back, announcing that the actress had followed her back on the social media platform.

Julia followed up with the reply "Sa IG followback na din?" to which Joshua fastly replied.

It could be recalled that it was last January when it was reported that Julia had unfollowed Joshua on Instagram.

She also unfollowed her close friend Janella Salvador, who was being paired up with Joshua for the revenge drama The Killer Bride.

In addition, Joshua had publicly spoken that he and Janella had grown closer in the midst of taping for the series.

Joshua and Julia were known as the love team JoshLia. Together, they had a number of films and one teleserye under ABS-CBN.

They became a couple last April 2017, four months after the release of Vince & Kath & James, their first movie together, from the 2016 Metro Manila Film Festival.

However, it was only last April 2019 when they confirmed their relationship status, saying they have been together for two years.

Yet, it was that same month when the couple broke up, with Julia reportedly saying last August 2019 that they have been broken up for "four months."

Although the two did not go into detail on how they broke up, it was back in July 2019 when they were involved in a controversy with Bea Alonzo and Gerald Anderson.

That controversy saw Julia be rumoured as the reason behind Bea and Gerald's break-up.

Joshua entered the fray when he liked a cryptic post by Bea about her problems, at the time, and himself publishing cryptic posts saying "I'm mute" and "You will move on to someone better than me." on his Instagram Stories.

By July 27, Bea told the press after a story conference that she never had a formal separation with Gerald, saying "he just stopped talking to me."

Gerald, on the other hand, was firm that Julia had nothing to do with their break-up and cited lots of fights due to indifferences as the reason behind their separation.

Julia, then, said she had nothing to do with Bea and Gerald's break-up.

It was that time when a video of them went viral, ignoring each other backstage for a promotional event of the film.

However, Joshua clarified the video on the film's blog conference, telling people not to give meaning in every move he and Julia makes.

Love Unlock will be Joshua and Julia's first project together in seven months. 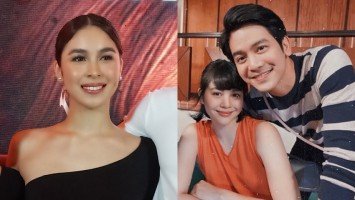 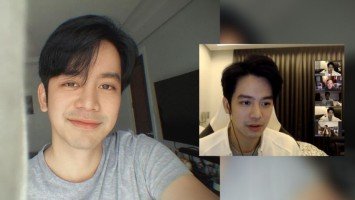