Kanye West calls out Kim Kardashian for not inviting him to their daughter Chicago’s birthday party; Kim’s camp says it’s not true 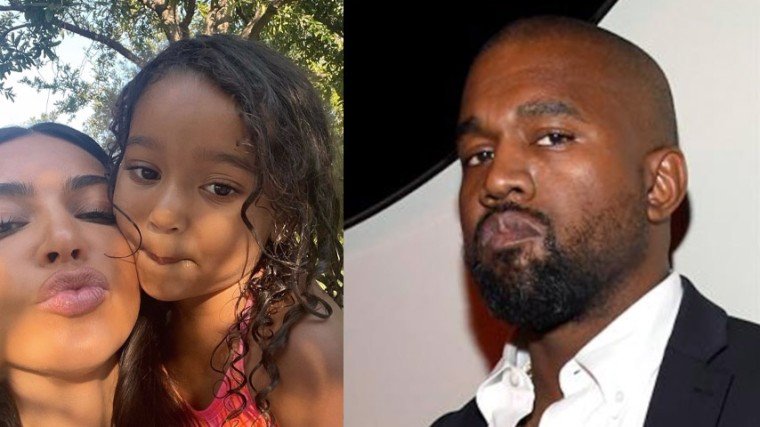 The 44-year old temperamental rapper posted a live video of him on Instagram calling out to Kim for not letting him attend their daughter Chicago's 4th birthday party last January 15.

TMZ reports that the Ye was driving around last Saturday looking for his daughter's party.

"I'm just wishin' my daughter a public happy birthday. I wasn't allowed to know where her party was. There's nothin' legal that's sayin' that this is the kinda games that is bein' played. It's the kinda thing that really has affected my health for the longest, and I'm just not playin'... I'm takin' control of my narrative this year. I'm bein' the father, the best father, the Ye version of a father, and I'm not gonna let this happen."

The said video was later deleted from Ye's Instagram, but Sun FM was able to upload a photo of Ye at the birthday party on their IG account.

What worried Ye is that his not being at the party would "imprint" on his daughter that he wasn't there for her.

Ye then criticized everyone involved for refusing to tell him where the party was being held, name-checking Tristan Thompson and Khloé Kardashian in addition to Kim.

He also complained that his schedule is arranged around his children, and claimed, without explaining what he was referring to: "They take so many fathers, just throughout America, they been takin' the fathers out the homes, purposely. So I'm speakin' up, I'm usin' my voice."

Ye reportedly soon found the party venue with the help of Kylie Jenner's partner, Travis Scott. He spent about two hours at the party making people feel awkward with his presence.

According to a source from E! News: "Kanye was never not invited to the birthday party. Kim was under the impression he wanted to do his own celebration. She was fine about him coming to Kylie's house and is happy the kids can see them together. Kim and Kanye are not on good terms right now. She's really trying to keep the peace between them and for the sake of the kids."

Kim was actually shocked that Ye released a video about not being invited to Chicago's birthday party.

A source told Us Weekly: "Kim was shocked to learn that he released a video about not being invited to her party — that’s not true and as soon as he asked to come he was given the location. Kim always has the kids’ best interest in mind."

Kim got upset with Ye after the rapper dropped a song called "Eazy" last January 14 in which he threatened to "beat Pete Davidson's ass," referencing Kim's new boyfriend. But Kim, never denied access to Ye despite his uncool attitude.

Us Weekly adds: "Kim wants more boundaries and structure, a set parenting plan. She's determined to co-parent with Ye as cordially as possible, but that doesn’t mean that they are on the best terms right now. Kanye has caused a lot of drama lately with the family and they’re not happy with what’s transpired over the last few days. Ye has been uncontrollable, and Kim is upset he has decided to share their private matters."

Kim is hoping the divorce is settled soon. She is ready for that chapter to close for good, a source says.

Celine Dion cancels North American leg of World Tour; has yet to recover from "severe and persistent muscle spasms."

After 30 years, Michael Keaton reveals why he didn’t do the third Batman movie