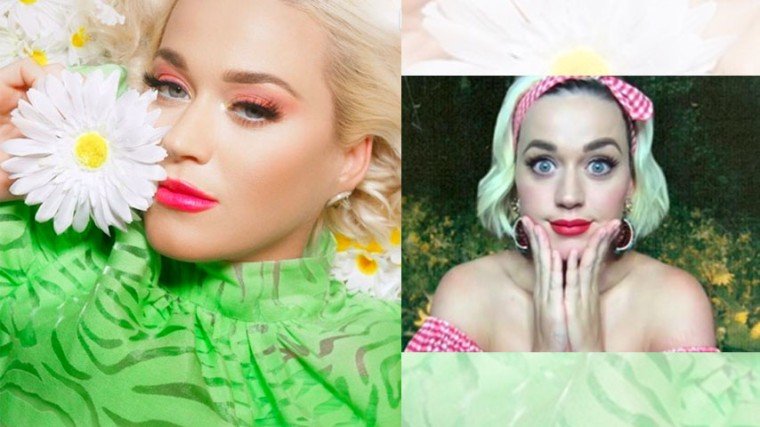 “My career was on this trajectory when it was going up, up and up and then I had the smallest shift, not that huge from an outside perspective. But for me it was seismic.

“I had given so much out, and it literally broke me in half. I had broken up with my boyfriend, who is now my baby’s daddy-to-be.

“And then I was excited about flying high off the next record. But the validation did not make me high, and so I just crashed.”

“It was so important for me to be broken so that I could find my wholeness in a whole different way. And be more dimensional than just living my life like a thirsty pop star all the time.

“Gratitude is probably the thing that saved my life, because if I did not find that I would have wallowed in my own sadness and probably just jumped.

“But I found the ways to be grateful. If it gets really, really hard I walk around and say, "I am grateful, I am grateful!"; even though I am in a sh***y mood.”

“Hope has always been an option for me because of my relationship with God and something that is bigger than me. Of course if I am the one controlling my destiny I am going to be the one driving it into the ground.

Katy and Orlando were first linked when they were seen together at the Golden Globe Awards in January 2016, they went public with their relationship a few months later in May at the Cannes Film Festival.

The actor proposed to Katy on Valentine's Day in 2019 with a $5 million flower-shaped ring in front of Katy's entire family.

Katy has been married once before to British actor and comedian Russell Brand. The former couple announced their split in December 2011 after just 14 months of marriage. They were divorced in 2012.

Orlando was previously married to Australian supermodel Miranda Kerr from July 2010 to mid-2013. They co-parent their son Flynn, who is 9-years old.

“There is a song on the record called What Makes A Woman that is a hope I have for my future child.

“That she doesn't have any limits on any of her dreams, or what she wants to be, or who she thinks she is and she can change whenever she wants.

“She can try everything on if she wants. I think that song is important to me and important for her.”

“It's really about just dancing through your tears. And I'm like, ‘Wow that really resonates. That slaps, that hits hard for me right now.’ So I'm excited for it. I'm excited for all of it.”

“I wrote this song a couple months ago as a call to remain true to the course you've set for yourself, regardless of what others may think. Recently, it has taken a new meaning for me, in light of what the whole world is experiencing.

“Each of us is one in more than seven billion, with our own story of strength and resilience to tell... I hope it will be the soundtrack to going for your dreams now... especially the ones we left behind.”

Park Bo Gum is set to enlist in the military in August!

What happens when an actor says “goodbye” to Hollywood?