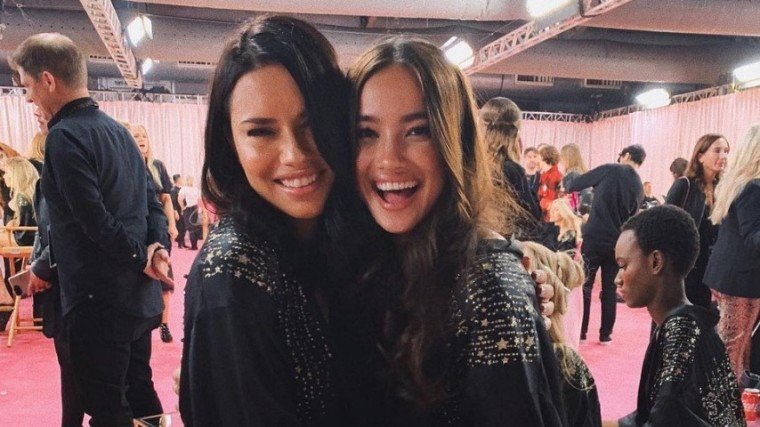 In case you haven’t heard, Kelsey Merritt just walked the Victoria’s Secret Fashion Show—and she met the Brazilian supermodel Adriana Lima while she was at it!

The two models met at the backstage iconic fashion show, which is known for featuring top models (collectively known as Victoria’s Secret Angels) strutting down the catwalk in lingerie and clothing from the brand’s newest collection.

Kelsey posted a photo of their meeting on Instagram, saying that she grew up wanting to be like Adriana, who has been a Victoria’s Secret Angel since 1999.

The meeting was made more meaningful by the fact that it is Kelsey’s first Victoria’s Secret show—and at the same time, Adriana’s last.

Kelsey is the first Filipina to walk the Victoria’s Secret catwalk. Adriana, on the other hand, has been representing the lingerie brand for 20 years. The 37-year-old Brazilian model announced earlier today that she was hanging up her Angel wings and that the current show will be her last.

Fans of both Kelsey and Adriana can look forward to December 2—the official airing date of the fashion show.