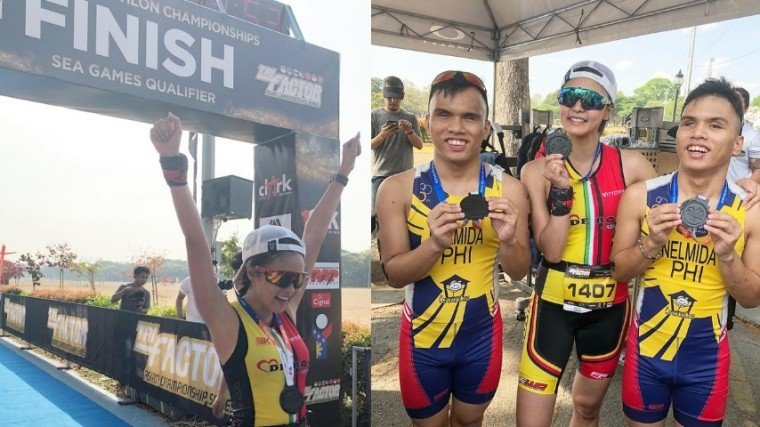 Kim Chiu energized to finish the duathlon with a renewed motivation because of the two blind triathletes who also joined the race over the weekend.

The actress shared that she was so close to giving up in the middle of the duathlon particularly on the bike course but Joshua and Jerome, the Nelmida brothers, were a huge help to overcome her struggle.

She posted a photo with the brothers on Instagram yesterday expressing how she was moved by their motivation.

She wrote, “Still in awe of these 2 triathletes on how they are motivated despite of being blind. just shows that there is no excuses, if you really want to do something you can’t say “hindi ko kaya” coz look at them. I immediately have high respect to joshua and jerome.”

“They only have the rope that they’re holding that is connected to their partner and that’s it, but the speed is really up to them.”

“During the race those uphells killed me on the bike course almost gave up I almost went down and just push my bike upwards but I was thinking sila nga nakaya nila ako pa ba.

“So this really pushed me and biked myself upwards! then tadahhh!!! good thing I didn’t give up!!!!”

At the end of her caption, the 28-year-old actress stated her realization from her experience.

“It really matters to your motivation!!! just like in life we have to be motivated on what we want to achieve so that we can’t have that option to give up!

It was the Kapamilya host’s first duathlon race for the year and she admitted that she lacked sleep and got a little time of training due to prior schedules. Despite her situation, she “successfully finished a 5km run 20km bike and 2.5km run.”

Perhaps this is also a way for Kim to welcome her birth month.

Why you should make Kim Chiu your next fitspiration 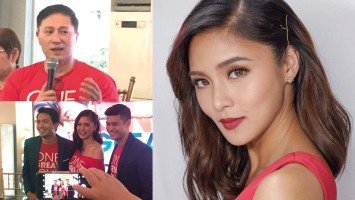 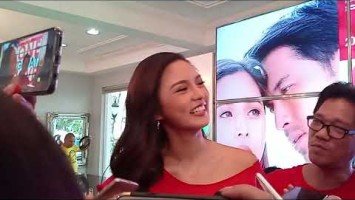