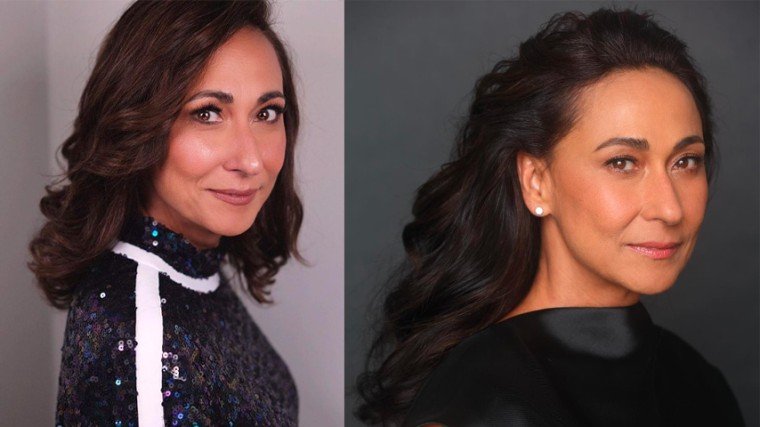 You will always be our TRINING OJEDA immortalized in ORO, PLATA, MATA.

Have a safe journey home to the arms of our Father.

“You were launched in the very first movie I ever wrote. You starred in the movie that I will always be remembered. You are irreplaceable in the minds and hearts of so many of us.”

Rest now, dear EVANGELINE ROSE. You will always be our TRINING OJEDA immortalized in ORO, PLATA, MATA. Have a safe...

“There comes a time in your life when you have to make a very important decision albeit difficult and even painful. Finding a balance is crucial especially when held back by circumstances that don't foster mental, emotional and spiritual growth.

“I found myself in such a situation. And believe me, it wasn't impulsive as I tend to be in the past. It took a long excruciating process to look at the whole situation through the lenses of critical thought, analysis, neuroses, counsel, reflection, meditation and most of all prayer.

“Finally, the signs were everywhere and it couldn't be any clearer.

“To my deep sadness, I finally had to leave a soap half way through. And to be honest, for a committed actor such as myself, I would have wanted to see my character within the story till its end.

“It is during these most uncertain times that propelled me in fact to revisit and question my WHY in all that I do from here on.

“48 years knowing and doing that one thing I love most which is to ACT, led me to this point.

“Was It all really worth it, I ask myself. The time, the energy, the heart, the tears , the sleepless nights and long hours, the devotion, the dedication, the respect and reverence invested to the work?

“It is disheartening and blatantly frustrating when it isn't seen and met in the same light and given equal energy. I have always believed that any form of creativity blossoms from collaboration and a unified goal.

“The whole process of this work is SACRED to me. Without this process, there is no joy to be found, no minds to learn from and no point!

“As I have always been told, THERE ARE NO SHORT CUTS. In anything. Otherwise, we limit ourselves from our potential and will only lead to chronic mediocrity.

“But the one thing I am sure, is that I HAVE NO REGRETS. Is it now all worth it? Well... It better be. I have to constantly remind myself that it was.

“Just as the layers of the many of characters I have had to shed each time I ended a film, a play or a tv series before, this is that one more layer I am shedding. Perhaps, the most necessary and important one.

“I know I will be paying the price for this as there may be a lot at stake. But I am willing and ready now to settle the deal and move forward. Towards what, I am still figuring out but it is the uncertainty that makes it all the more exciting and l am looking forward.

“I am now leaving those pieces behind that don't serve anymore. I have held on too long for reasons that were good until this moment. Am I going to lose my shirt along the way being single and middle aged ? Perhaps I will.

There comes a time in your life when you have to make a very important decision albeit difficult and even painful....

“I just had to make sure that first and foremost, my mental, emotional, spiritual states were getting the priority. I was getting tired of myself. And I was just so angry and unhappy, so I sold everything and packed up.

“Yes. I am human. We all get scared sometimes, if not often. But I have found my own tools to deal with them. By not focusing on the fears but instead on trust and most of all gratitude.

“I’m completely finding myself and coming to terms with who I really am. It’s just great to have this opportunity and to be alive to start over. It’s like a rebirth of sorts.

“I won’t deny that I have gone to therapy and counseling. Years and years of doing that, I learned that it just boils down to doing the hard work on and with yourself by whatever means.

“What’s hair di ba? It grows back. It’s symbolic to my personal growth. When a woman is in distress, she cuts her hair.”