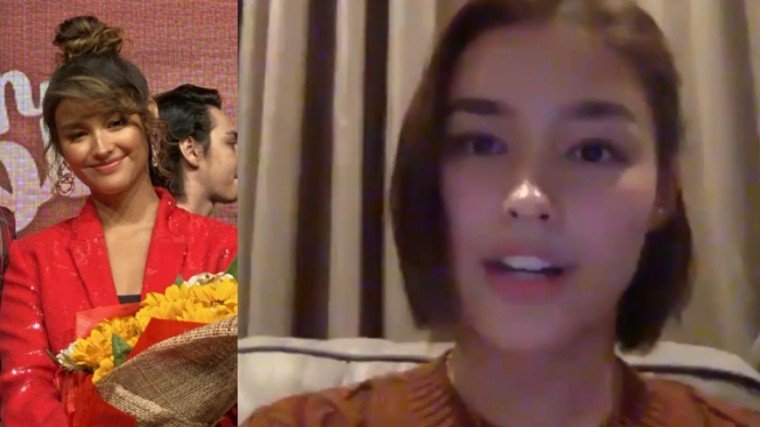 Liza Soberano could not help but be emotional as she talks about social issues that women and children face, including sexual abuse and exploitation.

In a webinar spearheaded by Gabriela Youth held last Tuesday, October 13, Liza Soberano spoke up about how influencers should use their platform to speak about social issues involving women and children.

The actress, speaking at the webinar named Mga Tinig Ni Nene: Reclaiming Our Voices on the International Day of the Girl Child, first recalled how she became involved in an online campaign against child exploitation last May 2020.

This was after a tweet from Senator Risa Hontiveros about the rising cases of sexual exploitation of children in the country caught the attention of Liza.

“Change cannot just be the responsibility of the people who need it the most. They need the support of everyone most especially of those in the highest power if we are to see true change," she said.

"And as a woman, as a Filipino artist, I think that women and influencers alike should start speaking up. They can contribute not only awareness about these issues but also encouragement and confidence to our fellow women and children – that they need to stand up for themselves,” she added.

However, the Kapamilya star admitted that she was not vocal about such issues in the past as she believed that actors should only talk about their craft and was afraid that she would divide her supporters.

Her perspective changed when a telecom employee made a rape joke against her online last month. This prompted Liza to file a complaint against the online user.

THIS JUST IN: Actress Liza Soberano files formal criminal case against the netizen who made a 'rape remark'. Liza was accompanied by her manager Ogie Diaz and legal counsel. pic.twitter.com/aBQ7aJpbXZ

This, in turn, showered Liza with emotional messages of gratitude and support, turning her emotional, as well.

“I know a lot of women in my life who had struggled with this and I find it so unfair we women have to go out everyday in fear of being catcalled and fear of dressing up in a certain way and getting called for the way we dress,” she said.

“I fear that my nieces and my future children won’t be able to go out in a safe environment," she added. "That’s why I find it so important to start spreading awareness to future generations as early as now so that we can create a better future for everyone.”

Liza also pointed out that speaking up about these social issues is easier said than done. However, because of celebrities like Angel Locsin and Angelina Jolie, who are always vocal about their respective causes, she became encouraged to do the same.

“Whenever they speak up, it empowers me and gives me the courage to speak up about these issues too because they matter and we need to start seeing change in the world." Liza explained.

Netizens back Liza Soberano as she files complaint against telco employee over rape remark; trends #IStandWithLiza in support of the actress