LOOK: A rundown of the controversies surrounding the Miss Universe Philippines 2020 pageant 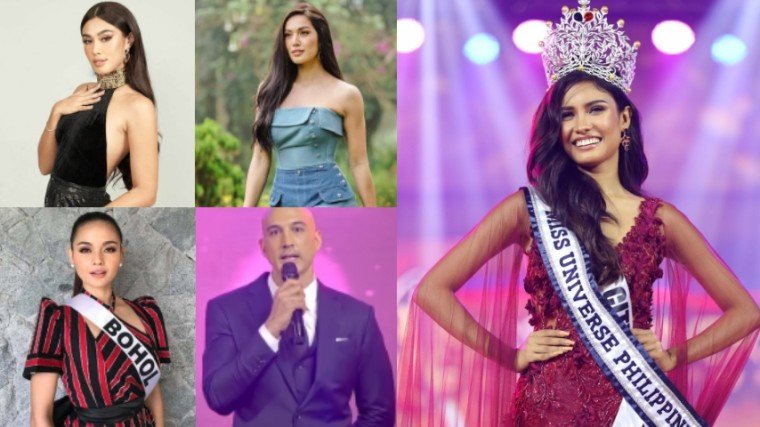 What controversies boiled down at the Miss Universe Philippines 2020 pageant? Read below!

Last Sunday, October 25, the Miss Universe Philippines 2020 got its first crowned titleholder in Rabiya Mateo of Iloilo City. She bested 45 candidates from different parts of the country to become the representative for the international Miss Universe pageant.

(The Miss Universe Philippines is the maiden pageant of the  Miss Universe Organization after it ended its partnership with Binibining Pilipinas Charities, Inc., last 2019.)

However, what seemed like a celebrated feat turned out to be an infamous event as controversy loomed after her victory, especially when losing bets Sandra Lemonon of Taguig City and Michele Gumabao of Quezon City made their voices heard on social media post-pageant.

Let’s take a look back at some of the controversies that happened after the local crowning of the country’s representatives for Miss Universe.

Taguig’s Sandra Lemonon immediately became the talk of the town last Sunday after making cryptic posts on her Instagram Stories, saying she was going to be “announcing big news.”

“It’s time to be honest and speak facts,” she wrote before the pageant aired.

After the competition concluded, Lemonon then wrote the following in her Instagram Stories.

“The truth always comes out. It’s just about timing. [Coffee time] soon because we deserve justice.” she said.

“Accepting defeat graciously is one of many mark[s] of being a queen. But what you forgot to say is that REAL queen play FAIR don’t CHEAT,” she said.

A number of netizens surmised that her last story was responding to a post by Shamcey Supup, the national director of the Miss Universe Philippines organization.

“To bear defeat with dignity, to accept criticism with poise, to receive honors with humility - these are the marks of a true QUEEN,” Supsup said in an earlier Instagram Story.

In another Instagram Story, Lemonon said she is now making herself strong before making a revelation.

“I am gathering all my strenght to speak UP and share the truth. All I want is for us to improve for the next batch of ladies who will be in our shoes & do not want them to face what we did. Because we can do better and DESERVE BETTER,” she wrote.

She also quoted Martin Luther King, Jr. on the Story, who said “Injustice anywhere is a threat to justice everywhere.”

As of writing, Lemonon has not made any revelation about the “truth” behind Miss Universe 2020.

Through a statement released by her pageant camp Aces and Queens, Miss Universe Philippines 2020 second runner-up Michele Gumabao not only expressed her gratitude towards her supporters, but also offered an explanation as to why she was not around at the Baguio Country Club (BCC) for the viewing party after the competition aired.

“I left this morning sa BCC while the pageant was ongoing. I knew who won last night pa. I tried to go to our viewing party but everyone kept asking what happened all the hugs all the all looks, I couldn’t handle that,” she said.

She also reiterated that she can handle defeat, but cannot handle people asking her why.

“I’m sharing this with you because you deserve to know my side, we don’t need to defend to anyone. I did my best and I have no regrets,” she went on.

To some netizens, however, Michelle was just being a sore loser.

Meanwhile, Instagram Stories of a Diemmy Alexi Tatlonghari went viral after claiming that some of the contestants of the pageant had their make-up artists and glam team in the competition. A complete no-no especially because there were reports that hair and make-up personnel in the pageant were restricted to observe health and safety protocols because of the COVID-19 pandemic.

Tatlonghari, a volleyball player and teammate of Michele Gumabao back at the De La Salle University, said posting about the glam team issue was not being bitter, but speaking for the truth.

Also through an Instagram Story, Miss Davao Alaiza Malinao shared a video of herself with Rabiya Mateo, addressing “cheating allegations” against her.

Meanwhile, Rabiya finally broke her silence against the accusations in an interview with MJ Marfori from TV5. She tried to hold her tears as she believed that people were not expecting her to win.

“To be honest po, maybe because I wasn’t a frontrunner, so people didn’t expect me to win,” the 23-year-old beauty queen said. “But I know that I did everything and anything that I could during that night. And binigay ko talaga.”

“And ’yong mga nagsasabi na the question was given to me that’s why I answered that way, it wasn’t given po sa akin,” she stressed directly addressing accusations that she was given the questions prior to the final Q and A portion.

“I did everything that I could because I want to make Iloilo City proud.”
Despite admitting that the accusations against her were “painful,” Mateo said she chose to take the high road and just tried to understand the situation.

“At the end of the day, this is a competition. And being the bigger person in the picture, I need to understand where they are coming from,” she said.

What happened was, Montero asked Amelinckx how she was, to which she responded “good” before returning the question to him.

“No one ever asks me questions,” KC responded.

“I’m sorry. Should I not have done that?” Amelinckx asked, to which KC replied that it was okay.

Netizens chided KC for the way he responded to the Filipino-Belgian candidate, as he sounded arrogant ang bashful towards Miss Bohol.

But he quickly clarified on Twitter that people only saw the edited version, as the finals were pre-taped because of the pandemic.

“Just a heads up, the exchange between me and Ms. Bohol was edited. The exchange was actually a couple of minutes more of us joking with each other. Unfortunately, it was cut and edited for time,” he said.

Just a heads up, the exchange between me and Ms. Bohol was edited. The exchange was actually a couple of minutes more of us joking with each other. Unfortunately it was cut and edited for time.

When a user called him “rude” and “unprofessional” for the edited exchange, KC replied, reiterating that they did not show the entire conversation between him and Miss Bohol.

KC also posted an unedited version of their exchange to let netizens know the whole story.

for the angry mob from Bohol that attacked me. I hope this video shows what I’ve been trying to explain for 2 days and that you are wrong for your attacks. Tapos na to. pic.twitter.com/OZQffNdEMw

Amelinckx also cleared the air via her Instagram Story, which KC reposted on his social media accounts. The candidate from Bohol even commended the host for being “engaging” and “great” and revealed they even had a small talk even before the Q&A portion.

“[It] helped me take a breath and calm my nerves before answering the [question]/ That part was indeed cut short for airtime,” she explained. “Regardless, what he said in response to me asking how he was doing was just humor to me. No harm was done in my eyes.”

She ended by telling netizens to “channel our inner Elsa” from the movie Frozen and “let it go.”

Thank you @paulineamelinckx for the speaking on this. I hope this clears up any confusion on what I've tried to explain a million times already.

Amelinckx was hailed as the third-runner up of Miss Universe Philippines 2020. She also bagged the Most Beautiful Face award during the preliminary competition of the pageant. 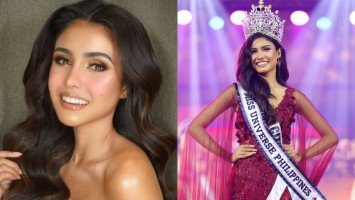 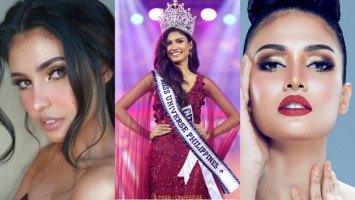 Get to know more about Miss Universe Philippines 2020 Rabiya Mateo