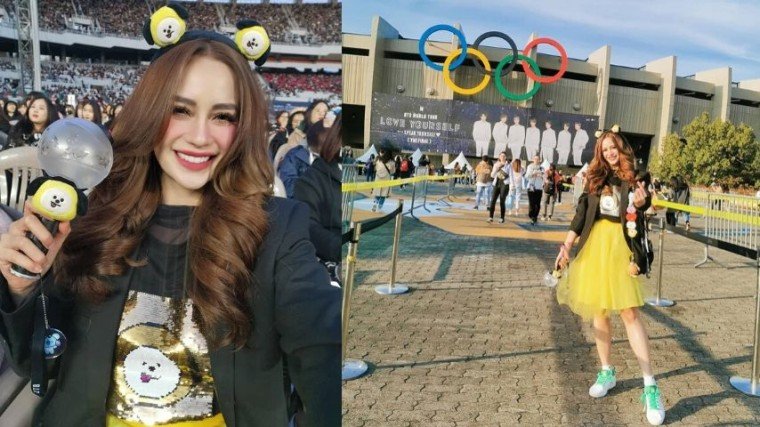 Arci Munoz attended one of the three-day shows of her favorite K-pop boy group BTS in Korea!

Arci flew all the way to South Korea to watch the famous group’s three-day concert dubbed Love Yourself: Speak Yourself held in Seoul’s Olympic Stadium.

She attended the show wearing a super cute yellow tutu paired with a black top and a headband displaying one of the animated characters created by BTS—the puppy Chimmy.

On Instagram, Arci posted a series of videos where she appeared singing along with the crowd while waving her BTS lightstick in the air as if having one of the best times of her life. She was even emotional to witness her idols perform onstage.

Aside from wearing BT21 merch to the concert, the actress also flaunted her newest BTS-inspired watercolor tattoo. She got four hearts design inked on her forearm taking inspiration from the Love Yourself series of the group. And a famous tattoo artist in Korea named Saegeem made it all happen!

And to make her trip even worth it, she visited the House of BTS, a pop-up shop with a whole catalogue of merch and some Instagram-worthy spots. There, she recreated some photos of the BTS members and the photos made it to her IG feed.

She narrated her experience before entering the pop-up store in one of her posts writing, “Crazy things you'll do for the love of em' boys. so... we waited in line for 5hrs in the open cold nakaupo sa cemento since 5:30am waiting for the house of bts to open at 10am!!! Yes natulog kami sa kalsada.

“Actually di ako natulog. Haha 😂 til' now di ko maimagine mga pinag gagagagawa ko for them. Pero masaya pa din ako. Di ko maexplain. And to think I was restless even before my trip to korea. When I got there diretso na sa house of bts but it was all worth it!!!! 😊 💗 #bts #houseofbts #army #boywithluv.”

Scroll down to see more of Arci’s fangirl moments! 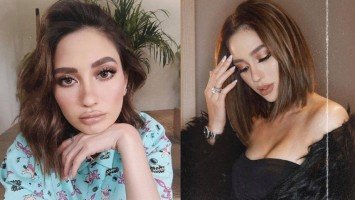 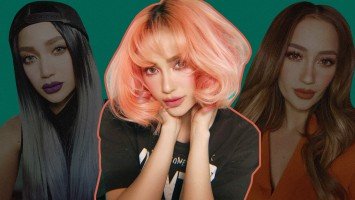