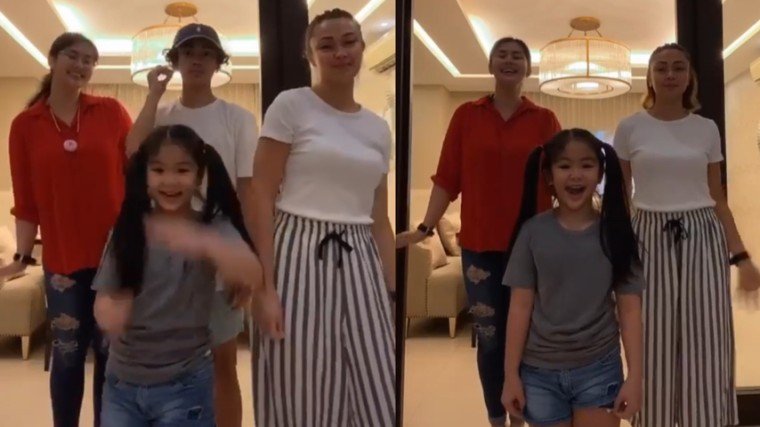 Jodi Sta. Maria and Iwa Motto displayed, once again, their amazing friendship online, which earned several nods from the public.

In the first video, Iwa can be seen dancing with her kid Mimi, Jodi and Thirdy.

In the following video, Thirdy was no longer in the frame and the three girls danced their hearts out to Shakira’s song, “Hips Don’t Lie.”

Jodi’s said birthday greeting, which can be seen on Iwa’s appreciation post for Pampi on her IG feed last May 29, read, “Happy Birthday Pampi! Ang tanda mo na. May God grant you the desires of your heart.”

Their respective fans and followers couldn’t help but admire their friendship and lauded them on the comment section. 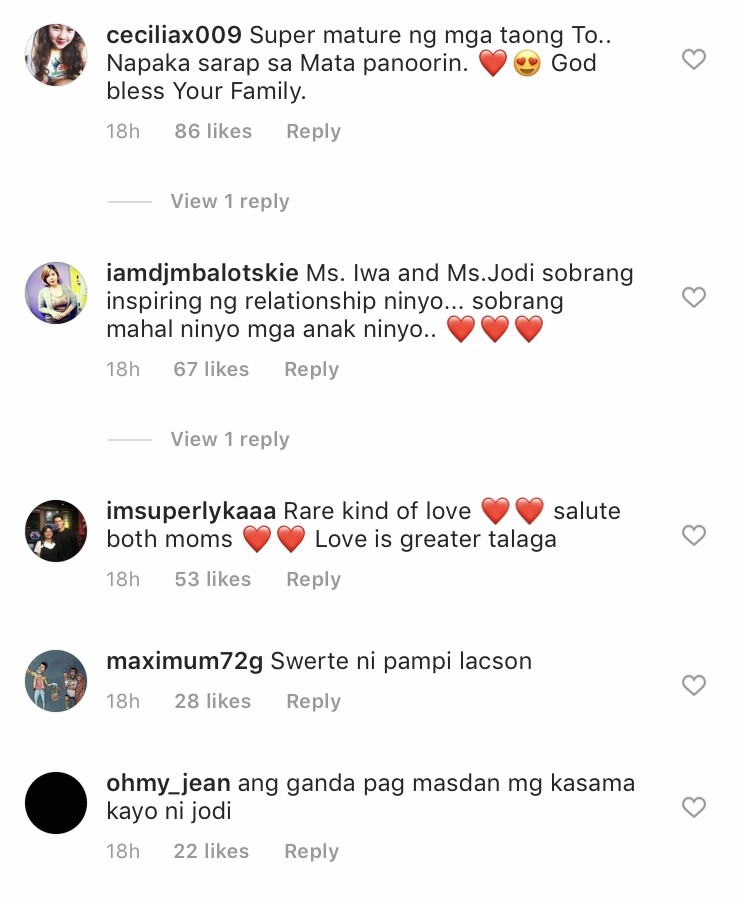 To the unfamiliar, Jodi is the first wife of political son, Pampi Lacson. The union produced an only son—Thirdy—who is now a guwaping binatilyo. Their five-year marriage ended in 2011, along which time, Pampi already met Iwa.

The road to the unique Jodi-Iwa friendship was a rocky one. But they reportedly reconciled in 2013, with Jodi reportedly reaching out after Iwa gave birth to her ex-husband’s baby, Mimi.

However, it was only in 2016 when the Netizens started noticing the special bond between Iwa and Jodi, who also both made sure that their kids, Thirdy and Mimi, also get bonded as siblings.

The two ladies alternately organize regular bonding moments among them, including “family trips” abroad. Thus, their modern family setup, with Pampj as the literal middle man, is often regarded enviable by the observing public. 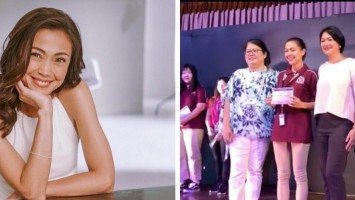 Jodi, achiever on and off-cam! 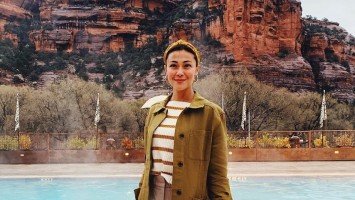