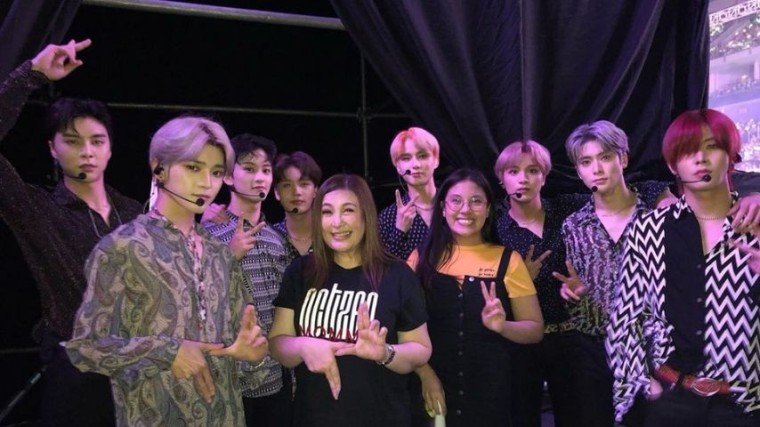 Megastar Sharon Cuneta had one of the best times of her life after watching the South Korean boy group NCT 127 perform live at the Korean World Music Festival at the Mall of Asia Arena last Sunday, June 9.

Moreover, she and her daughter Miel, even got the chance to meet the boys upclose at the backstage.

The 53-year-old actress, who said she felt like a 16-year-old fan girl, documented the whole experience on her Instagram account like any other NCTzen would [NCTzens is how the boyband’s fans call themselves]—she shared her concert OOTD pictures, pre-concert shots, and even reposted posts of her fellow NCTzens.

A post shared by ActorSingerPresenter (@reallysharoncuneta) on Jun 9, 2019 at 2:46am PDT

A post shared by ActorSingerPresenter (@reallysharoncuneta) on Jun 9, 2019 at 2:59am PDT

A post shared by ActorSingerPresenter (@reallysharoncuneta) on Jun 9, 2019 at 5:51am PDT

Since Sharon and Miel were privileged to meet the boys backstage, the singer-actress grabbed the chance to also snap photos with the members of the boyband. The happy encounter was made possible by It’s Showtime hosts Ryan Bang and Vice Ganda.

As Sharon pointed out in her IG post, her friend Vice Ganda called up Ryan Bang, who took on the hosting duties at the event, and told him that the Megastar was one of the audience last night. Ryan, for his part, did his best to get the Megastar and Miel backstage.

Hence, Sharon thanked both profusely for making her and Miel’s night unforgettable.

On IG, she wrote: “AAAAAAHHHHHHHHH!!!!!!!!!! Thank you so much to my Vicey @praybeytbenjamin for calling and calling Ryan Bang in the middle of his emceeing!!! You made our whole year!!! And thank you dear Ryan Bang for getting us through the boys’ masusungit na handlers!!! Mahal ka namin grabe!!!!!!!! That’s my Taeyong and the boys!!! We love you NCT127!!!!! @nct @nct127#nctzenmomma.”

A post shared by ActorSingerPresenter (@reallysharoncuneta) on Jun 9, 2019 at 5:59am PDT

Sharon, who couldn’t contain her happiness, even sent out an invite later on for a possible beach trip with her ultimate biased group.

Tagging NCT 127’s official Instagram account, she wrote: “Dear @nct@nct127 , Can I be your Mama in Manila? May daughter and I love you and the Dreamies and WAYV so much. You can ask Sandara of 2NE1 about me because we used to work in the same TV station. I have been a singer since I was 12 and a film actress since I was 15. Maybe on your next break I can invite you and your managers to a very private beach that has the whitest sand and bluest waters where no one will bother you!!! It will be our treat! We love you!!! Please do a full concert in Manila!!! But we will fly anywhere to watch you if our schedules allow! We love you!!! #nctzenmomma.”

A post shared by ActorSingerPresenter (@reallysharoncuneta) on Jun 9, 2019 at 2:57am PDT 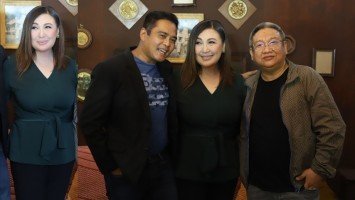 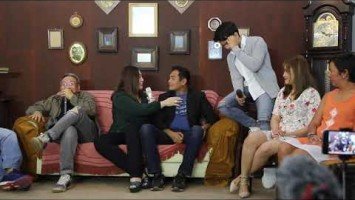 WATCH: Sharon shows how she tensed newbie actor on the set