Luis Manzano and Jessy Mendiola spill details about their engagement 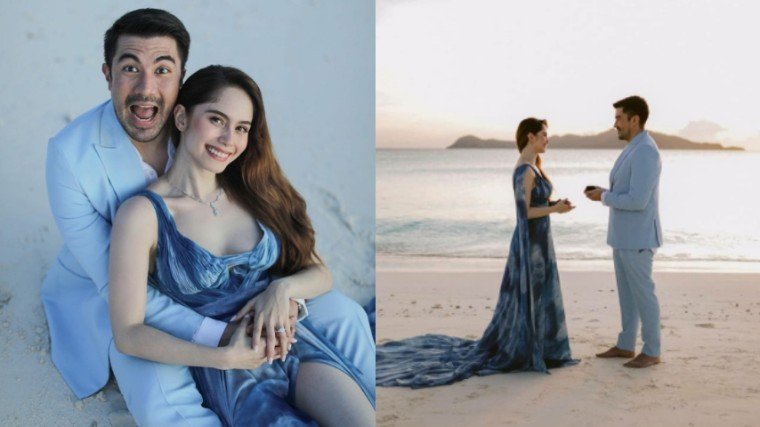 It was last Saturday, December 12, when celebrity couple Luis Manzano and Jessy Mendiola surprised netizens after revealing they are engaged by posting photos from their engagement shoot in Amanpulo, Palawan.

By Tuesday, December 15, they both sat down for an exclusive interview with entertainment columnist Ricky Lo in a video for his YouTube channel wherein they gave more details about their engagement.

Luis revealed that it was Jessy who conceptualized their engagement shoot.

"It's also one reason why we fell for each other dahil we have that same energy na gusto namin lagi nasa tabing dagat kami," he added.

For the shoot to be special, they both agreed that it should be by something they both love which is the sea.

The couple revealed that the shoot happened from December 3 to December 8, but said they have planned everything way before the said dates.

"Actually na-plano na namin beforehand, we were in touch with our teams," Luis said. "Basically, we planned it almost months before pa lang."

With how strong their relationship is going, Luis agreed that the engagement was "pretty much" expected.

For Jessy, she was surprised to see the engagement ring, at first thinking about its price.

She, then, told Lo that the ring given to her was actually her dream ring.

"Dream ring ko kasi 'yong ganitong design," she said. "I'm just so grateful na, of course, tulad ng sabi ni Luis, it's not about the ring, it's about the purpose behind it. It's more of the meaning."

Jessy revealed that before Luis popped the big question to her, he gave out a list of promises to her.

In past interviews, Jessy said her dream wedding was a beach wedding and she remained firm with her goal during the interview.

Luis interjected, saying there are many factors to consider before revealing any wedding details.

By the end of the interview, they were asked how many children they want to have, with both answering three.

They also thanked everyone for the support they have received upon sharing the blissful news.

"We're very very happy to share the news to everyone kasi maraming nag-aabang. So, finally," she added.

Congratulations, Jessy and Luis! We cannot wait for the wedding!