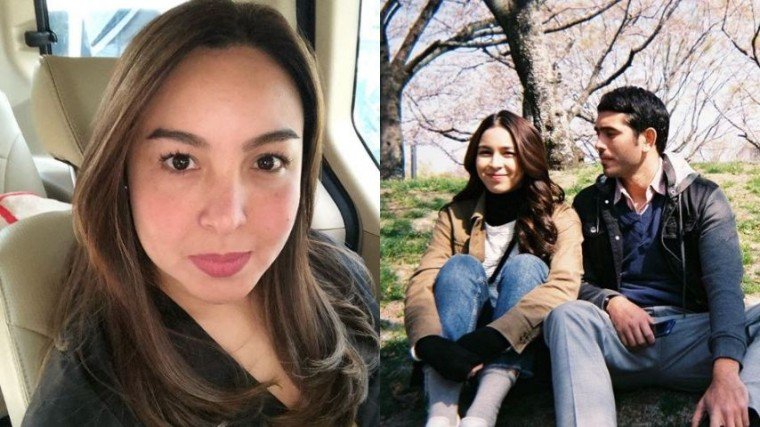 WOAH! Marjorie Barretto recently broke her silence over the Bea Alonzo-Gerald Anderson issue that linked her daughter Julia Barretto as the reason for the breakup. What does she have to say about this? Find out by reading below!

Last night, July 21, the actress had netizens talking when she posted a black image on the said social media platform, accompanied by a caption that seemingly hinted about her rumored breakup with Gerald Anderson.

“You can’t make the same mistake twice, the second time you make it, it’s not a mistake anymore, it’s a choice. ENOUGH.” her caption said.

It could be recalled that Anderson and Alonzo began dating in 2010, yet the relationship didn’t pan out. The two decided to give it another go in 2016.

Alonzo sparked rumors, even more, when she liked an Instagram post by a certain @cabrera.kath (whose page is now unavailable) who posted a sighting of Gerald Anderson with Julia Barretto in Rayver Cruz’s birthday celebration in The Palace in Bonifacio Global City, Taguig.

In a couple of Instagram stories posted by Dianne Medina, Julia and Gerald were seen having a ball in Rayver’s birthday bash. In the first story, Julia was seen hanging with her sister Dani Barretto and other celebrities like Enchong Dee, Janine Gutierrez, and Rodjun Cruz.

In another story, Dianne posted a photo of her with Gerald, along with two other people.

Aside from liking the Gerald-Julia sighting, Alonzo also liked this comment from a fan, mentioning her and Julia’s former partner Joshua Garcia:

Last June 28, the JoshLia love team revealed the real score between them during an interview with ABS-CBN News.

“Babalik muna kami sa pinagsimulan namin. We’re now best of friends,” Julia said. The Between Maybes actress also clarified that there was no third party involved with their separation, debunking rumors linking her and co-star Gerald.

Julia’s mother Marjorie Barretto then broke her silence on the issue, commenting on @cabrera.kath’s post, defending her daughter, saying that the photo was zoomed in to exclude Gerald and Julia’s other companions.

“@cabrera.kath Please explain too that this was taken at the party of Rayver,” Marjorie answered. That you zoomed in this photo. "If you care to zoom out, you Will See that they were a big group that includes my nephew. I don’t See anything wrong in this photo.”

Marjorie then began to explain that Gerald and Julia have worked together and are only friends.

Some of Alonzo’s celebrity colleagues began giving their words of comfort in her cryptic post.

Kris Aquino was one of the first people to console Alonzo. She said: “I had to check on you. Thank you for replying. I’m your Ate for life who will always love you & care about you.” 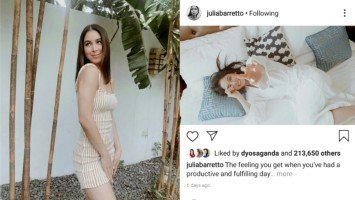