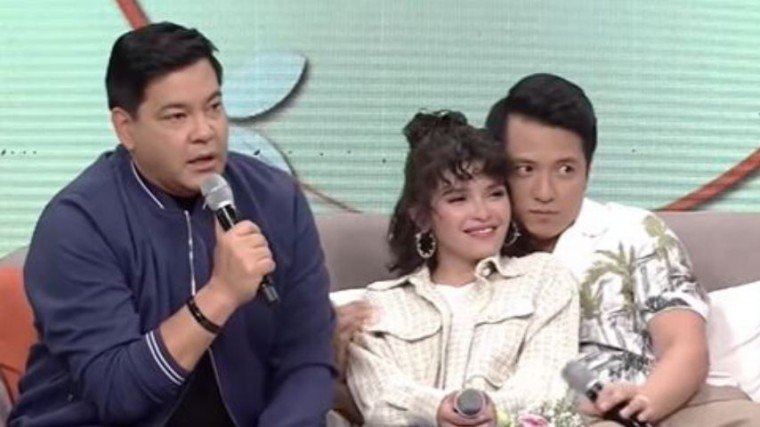 Martin Nievera is one of TJ Monterde and KZ Tandingan's wedding ninongs!

Singer-songwriters KZ Tandingan and TJ Monterde asked veteran singer Martin Nievera to be their ninong during the live broadcast of the morning show, Magandang Buhay.

KZ and TJ welcomed the new year with another milestone in their five-year relationship.

TJ proposed to KZ during his birthday celebration last December 30. And they immediately shared the good news on their respective Instagram accounts the same night KZ said “yes” to spend the rest of her life with her long-time beau.

Earlier today, the newly-engaged couple were guests in Magandang Buhay.

And during the show, Martin, who is also KZ and TJ’s mentor, surprised the two as he made his special appearance on the show.

It was revealed during the interview that KZ and TJ was supposed to drop by the veteran singer’s dressing room during ASAP Natin ‘To show last Sunday but they weren’t able to go.

When asked about the purpose of their supposed visit, KZ instantly blushed and whispered something to her mentor.

Her gesture made the show’s hosts curious so they asked her if she can share it with them.

As it turned out, Martin is the cupid of KZ and TJ. It was through him that the two got introduced to each other.

She further explained, “Kahit hindi kami nagkikita, magme-message iyan or tatawag iyan. Kapag alam niyang may pinagdadaanan kami, he always finds a way to encourage you and to remind you of your worth.”

KZ also revealed that it was a mutual decision between her and TJ to get Martin as their ninong.

Martin’s response to KZ’s touching message was in the form of an advice that the two can keep in mind before they officially tie the knot. 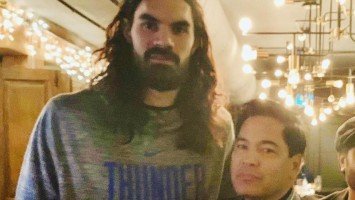 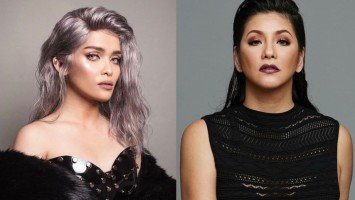