Michelle Madrigal plans to get rid of her boob implants; says “They no longer serve my lifestyle.” 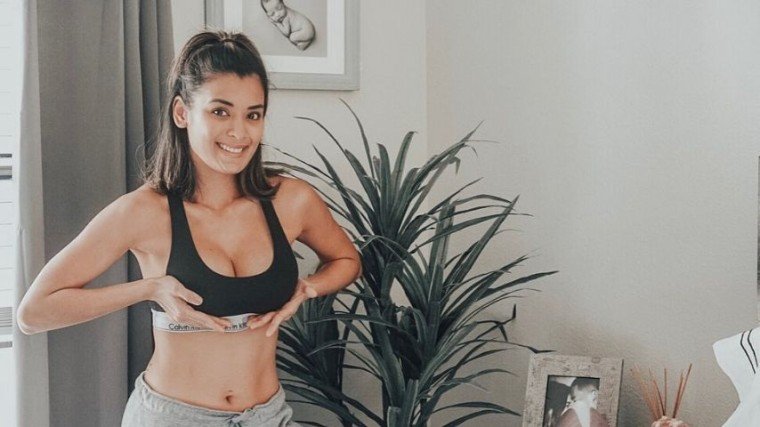 Michelle Madrigal gets real about her breast implants on her recent vlog entry on YouTube!

Former actress and fitness enthusiast Michelle Madrigal has opened up about her breast implants and her decision to officially have them removed.

Michelle reveals her courageous decision to her Instagram followers and proclaims that she has finally has embraced her body and her true self.

The former actress wrote on IG: “Let’s talk about boobs! I am excited and nervous to share that I will be part of the itty bitty crew soon! I am doing my Explant surgery next week on December 10th.

“We all have different reasons as to why we get them. 12 years ago, it was all about vanity and boosting my confidence. They no longer serve me and my lifestyle. This is my story.”

In order to further explain her situation to her followers, the 31-year-old mom uploaded a vlog entry where she freely talked about the reason why she had her breast implants in the first place and why she’s determined to get rid of them now.

“One of the reasons why I got them because I was really insecure growing up, and my sister,  she has big breasts like my mom. And in my family, I was the only one who didn’t have boobs. I was never flat-chested but people would always be like ‘Oh, how come you and your sister don’t have the same?’ or sometimes they would come to me: ‘Oh, your sister she got,like, big boobs.’”

She continued, “But, my sister (Ehra Madrigal), she never liked...she never really want them. She would always like hunched over or she would wear big shirts just because people are teasing her because she had her boobs at such a young age. And here I am, the opposite of her, I was like, 'No, I want the boobs! I want that.'"

Michelle admitted that the last straw why she was pushed to get her breast done was when she started her showbiz career.

“And when I joined this talent search, I became an actor, everybody pretty much had big boobs. In the industry, if you wanted to pose for sexy magazines, and, at that time, that was the super 'in' thing to do.

Moreover, Michelle adds that she’s not contented with her body.

"At that time, I just did it for vanity, and I really thought it could fix my insecurities growing up. But even then, even in my early twenties, I was still insecure even if I had big breasts already, I felt sexy and all that, but I was still insecure here and there. I was just not really content with my own body, you know."

But little did she know that her breast implants have side effects. She later on realized that fact when it took a toll on her health and began experiencing symptoms of Breast Implant Illness (BII).

Michelle mentioned that she first felt the symptoms when she migrated to Texas, USA in 2016.

She recalled, “A few years ago I started having chest pains”

She then began to do her research and came across thousands of women suffering from having breast implants. After reading their experiences, Michelle said that some of them have their implants removed and eventually felt better like never before.

Michelle also stated that the implants which contained some chemicals are actually considered to be cancerous.

“Things I've never heard of before, definitely lots of carcinogens, which is cancerous for your body... things that I can't even pronounce. Imagine having that in your body for a long period of time. It's not good for you. You're eventually gonna get sick."

She then enumerated the symptoms she already experienced and those are “anxiety, joint pain, brain fog, depression, rashes, hives, muscle weakness and ear ringing.”

Although she suffered from all these symptoms, she was quick to clarify that it varies from people.

Michelle also stated that her implants also hinder her from doing some physical activities.

“When I train sometimes, I can't even do some of the exercises because I feel that my breasts are pushing up, it makes me uncomfortable. Even when I run sometimes, or when I'm in bed, I would have random chest pains, sharp, stabbing pains.

"I just want this out of my system. It doesn't serve me anymore. Yes, in my younger years, all I cared about was my looks, trying to look cute, trying to boost up my confidence. But I'm just in a different phase in my life now.

Despite feeling nervous and scared in undergoing surgery and removing her implants, Michelle said that she has finally decided and she's looking forward to be her old self again.

Before ending her vlog, Michelle made sure to leave pieces of advice to those girls, women who plans to get their boobs done.

She said, "So I guess my advice to all the girls is to really think about it, and think long-term because that's something I didn't do for myself. I just got so caught up with looking good, boosting my confidence that I didn't even think of my health because at that time, I wasn't really promoting health and wellness.

"But when you get older, you're going to do everything to live longer, to be healthy, and that's what I'm trying to do.

"I wanna be healthy when I'm 50, so I can still hang out with Anika and not be sick, and just live life without any foreign device in my system and just enjoy me."

Anika is her beautiful daughter with American husband Troy Woolfolk.

Michelle was one of the finalists of the reality-based talent competition Star Circle Quest in 2004. And Her last show before migrating to Texas was Passion de Amor on ABS-CBN. 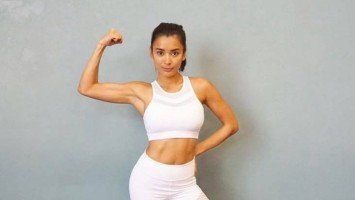 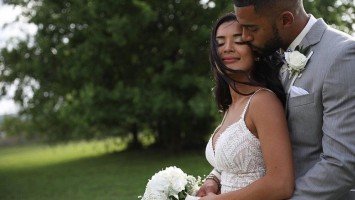 Michelle Madrigal tied the knot with Troy Woolfolk in Texas