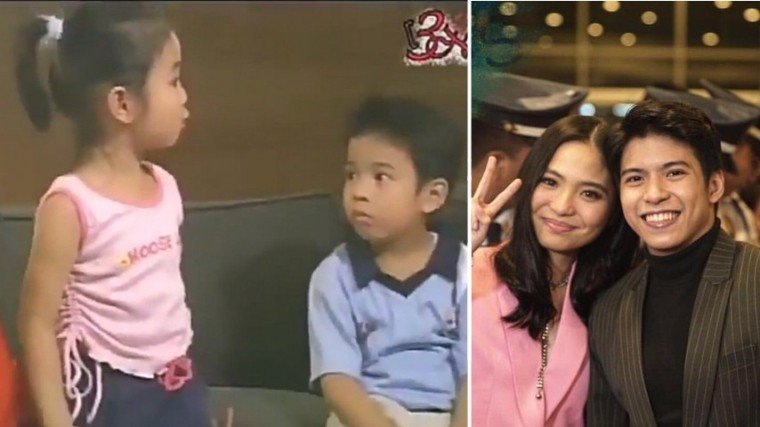 Sharlene San Pedro and Nash Aguas are taking over Twitter—and their new film is only part of the reason why.

The Class of 2018 stars became a hot topic this week when a netizen posted two throwback videos from the reality talent competition Star Circle Quest: Kids Edition. The videos, taken in 2004, showed an interview of Nash, Sharlene, and their fellow Top 5 placers CJ Navato, Mikylla Ramirez, and Aaron Junatas.

In the video, Nash interrupts Sharlene just as she speaks, causing her to reply “Ay wow sumasapaw!”

The video, posted on Facebook by Renato Bautista, has since garnered more than 33,000 likes and 75,000 shares just five days after it was uploaded.

Witty netizens soon made memes of the video, applying Sharlene’s “ay wow sumasapaw” phrase to a variety of situations.

me when someone suddenly interrupts me from speaking.

It seems netizens couldn’t get enough of young Sharlene and Nash, as more videos of the pair from their Goin’ Bulilit and Star Circle Quest days popped up on social media.

Nashlene will always be Nashlene.💘 They're always my fave OTP.

Sharlene also acknowledged the memes, tweeting her now-iconic phrase in all caps.

Though Nash and Sharlene have worked in different projects and with different loveteam partners, fans of the NashLene loveteam remain active on social media, wishing for more projects for the two.

Their wishes have since come true as Nash and Sharlene’s movie, Class of 2018 , is now showing in cinemas.