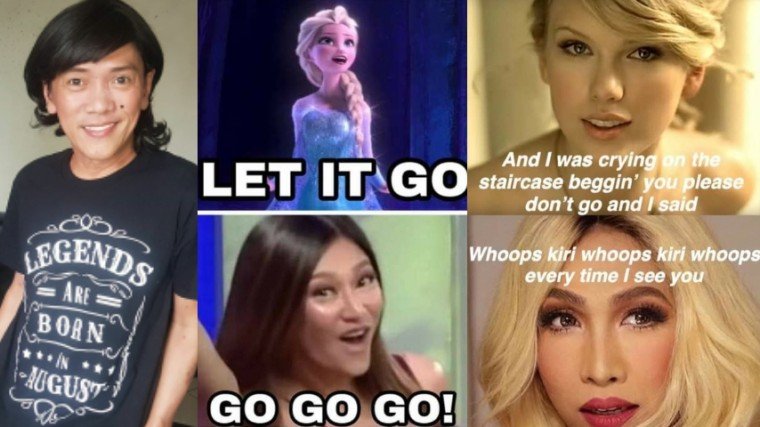 You might have seen photos of artists with their songs' lyrics being connected to other artists' lyrics on social media.

Here are a number of examples of the memes created by the people of social media as compiled by a netizen:

Despite just now being a huge trend, little do some netizens know that stand-up comedian Ate Gay has been doing song mash-ups for years as part of his comedic routines at comedy bars.

Photos and clips of the Nora Aunor impersonator doing the mash-ups have resurfaced online, with some netizens praising him for his fast timing when it comes to the now-trend.

the legend, the true kween of mash up songs https://t.co/ZIo4mWG8RL pic.twitter.com/ofo25KX74C

I bet Ate Gay is a musical genius because she can recognize chord progression like that and thats why she can make these mashups. https://t.co/rfPEisUuZo

HAHAHAHAHA ATE GAY KWEEN OF MASHUPS THE ONE AND ONLY ATE GAY HUHU THE BEST 😭😭😂😂 pic.twitter.com/QRUYKstUlX

i still think about this ate gay mashup song twice a day 😭😭😭😭😭😭😭😭 pic.twitter.com/osPp7oHLEE

ate gay is the pioneer of the contemporary art of mashing up songs 😭🤘 pic.twitter.com/0M846DO0lB

The 48-year-old Ate Gay has been one of the primary figures of the comedy bar scene in the Philippines.

However, after Allan K announced the closure of Klownz and Zirkoh in Quezon City, Ate Gay turned the sad news into an opportunity to move on to another venture: business.

It was reported some weeks ago that the comedian has opened a food cart business in Tondo, Manila where he sells siomai, fried rice, pansit, and many more.

In November 2012, it could be recalled that Ate Gay became the first stand-up comedian and impersonator to fill seats in the SM Mall of Asia Arena with his sold-out concert "Ako Naman…Ate Gay Sa Arena."

What has been your favorite Ate Gay song mash-up meme so far?

Battle of the Memes: Strutting Daniela vs. Lounging Romina

LOOK: Showbiz-inspired quarantine memes that will take your stress away! 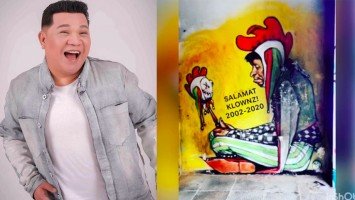 Pika's Pick: Allan K thanks everyone that had been part of his comedy bars Klownz and Zirkoh, which are both bidding farewell after almost two decades of giving top-notch standup comedy acts 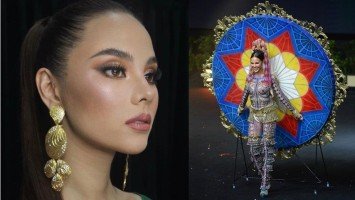