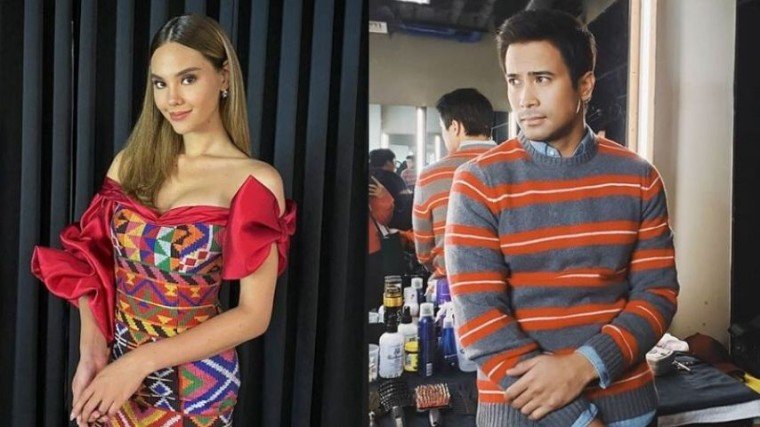 Netizens are divided into Catriona Gray's relationship with Sam Milby! Know the full story by scrolling down below!

It was last Saturday, May 23, during his 36th birthday when Sam Milby surprised netizens and confirmed he is dating Miss Universe 2018 Catriona Gray.

"Worth every second of the wait. Most special birthday yet," the actor wrote as a caption on Instagram to a sweet photo of him and the beauty queen-singer.

Some people on Twitter were elated with the announcement of Catriona’s new relationship with Sam, expressing their kind words towards the new couple.

sam milby announced his relationship with catriona gray to the public pic.twitter.com/akPpjjNOWT

Catriona Gray is 26 years old and Sam Milby is 36 years old. Ten years age gap but it doesn't matter if you really love each other ♥️ pic.twitter.com/HTZoLKpZCD

NOW THAT'S WHAT U CALL LOWKEY!!!

However, there are some who still have not jump shipped, tweeting about what could have been between Catriona and her ex-boyfriend Clint Bondad.

I'm happy for Queen Catriona Gray and Sam Milby, but-

CAN YOU PLEASE TELL ME THAT CATRIONA AND SAM MILBY IS NOT IN A RELATIONSHIP BECAUSE IF THEY ARE, I WILL FREAKIN' CRY!!!
I STILL WANT CLINT BONDAD FOR HERRRRR!!!!!

If i were to choose between Sam Milby and Clint Bondad, i would choose Clint cuz He was with Catriona Gray when Catriona was just a simple person struggling to be a successful person. Now, she's Miss Universe 2018 and Sam Milby's showing up.

I'm so happy for Catriona Gray and Sam Milby but I feel that half of me wants to see Catriona will ended up with Clint.😢 Hope someday Clint Bondad will find his real Ms. Universe too. pic.twitter.com/14bYnMlmav

in another life i would make you stay. 🤧💔

During Catriona’s homecoming return to the Philippines last February 2019, she had an interview with the King of Talk Boy Abunda. In that interview, it could be recalled that Catriona confirmed that she was single and had broken up with Clint after 6 years of being together. She also noted that she wanted to be single for the time being.

A month prior, however, fresh from winning the coveted Miss Universe crown, Catriona was spotted with her father and Sam Milby and photos of them together circulated online. It was then picked up by numerous entertainment websites.

However, Cornerstone president Erickson Raymundo, who represents both Sam and Cat, said the two artists’ meeting was “coincidental” as he invited them in his Tanay farm for two separate reasons. Erickson also explained that the two were acquaintances and were attending the same church and bible study group.

Sam was also one of the many proud Filipinos who congratulated Catriona through Instagram over her Miss Universe triumph, with some followers of the actor saying that they would look good as a couple.

The dating rumor, though it died down a bit, did not really go away.

And now after more than a year later, it’s proven to be true.

The semi confirmation of their dating status came in the form of Catriona’s video birthday message to Sam.

"I hope that you have an amazing year ahead. I wish you more birthdays, more happiness. You are loved by so, so many," Queen Catriona said in her video greeting.

After his giddy reaction, Pooh and John started teasing Sam, who then replied to the greeting.

Posted by Cornerstone Entertainment Inc. on Friday, May 22, 2020

The next day, May 23, which was Sam’s birthday, came the actual confirmation. It came, this time, in the form of an Instagram post by The birthday boy himself.

Celebrity colleagues then replied with their congratulatory messages.

As of writing, Catriona has yet to post anything about her relationship with Sam.

Pika's Pick: With this post, Sam Milby finally admits relationship with Miss Universe 2018 Catriona Gray. And his friends are ecstatic!