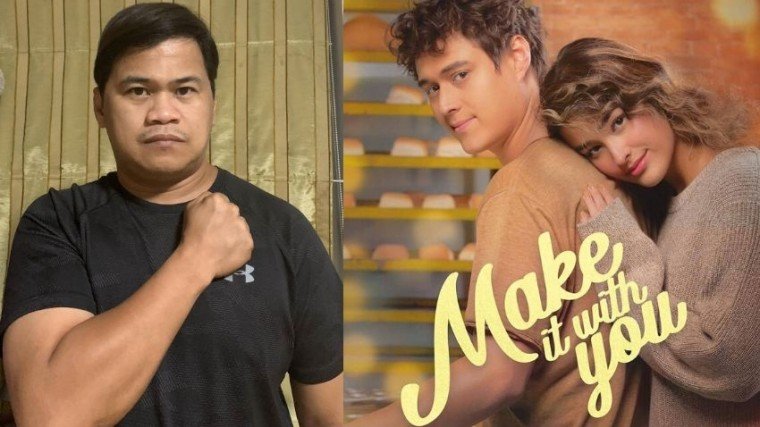 The fans of Liza Soberano and Enrique Gil are saddened after learning that their favorite LizQuen Kapamilya teleserye "Make It With You" will no longer continue airing this June.

Liza’s manager, comedian Ogie Diaz, confirmed the sad news on his Facebook post last June 4, after he was bombarded with queries as to why the said drama series is not part of the programs slated to air in the broadcast resumption of ABS-CBN via the cable/satellite TV Kapamilya Channel.

It may be recalled that ABS-CBN went off-air on channel 2 last May 5 after receiving the cease and desist order from the National Telecommunications Commission because of its expired broadcasting franchise.

Prior to the network shutdown, the romantic-drama "Make It With You" was among the Kapamilya network's big offerings during the first quarter of 2020 since it was the comeback project of the LizQuen team up on primetime TV.

The series, which was partly filmed in Croatia in Eastern Europe, premiered on January 13 and was cut short in March after TV productions were forced to halt due to the COVID-19 pandemic.

However, early this week, when ABS-CBN announced its return to broadcast via cable and satellite TV starting June 13, it did not mention Make It With You in the list of returning TV shows.

The shows that will resume airing included the Coco Martin starrer FPJ’s Ang Probinsyano, Kim Chiu and Xian Lim’s Love Thy Woman, the Gerald Anderson-led A Soldier’s Heart, and more.

However, Ogie, who is also a veteran showbiz reporter, did not give the exact reason as to why the network decided to discontinue airing the LizQuen primetime series.

But Ogie added that fans shouldn’t worry as a new LizQuen serye is already in the works.

Lead stars and real-life sweethearts Liza Soberano and Enrique Gil are yet to release their respective statements about the issue.