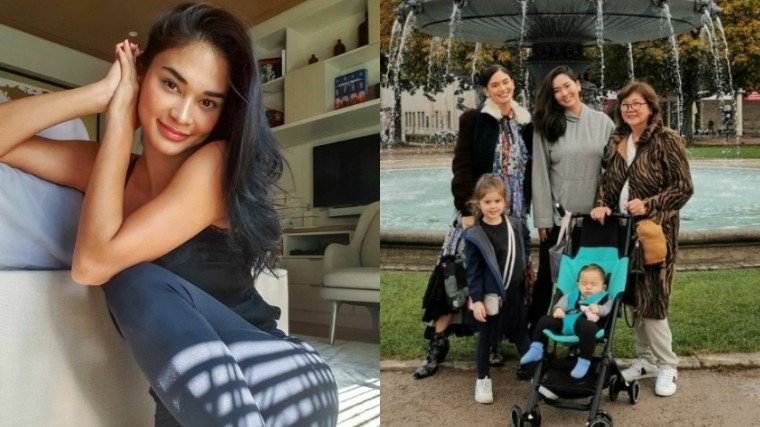 Pia Wurtzbach speaks up for the first time against issues surrounding her family!

The Miss Universe 2015 called on netizens to be kind towards her embattled sister, who she said has gone through a traumatic experience.

"I'm sure a lot of you know that my family is going through some issues at the moment and most of it is posted online," Pia said on an Instagram post featuring herself, Cheryl, Sarah, and Sarah's two younger children. "This is a very hurtful time for our family. My sister, especially, had a very traumatic experience and I humbly ask everyone to be kind to her."

The beauty queen and actress pleaded to people to stop the "victim shaming" and putting the blame on anyone as they try to resolve their family issues privately.

She concluded her post by wishing that her followers will include her family in their prayers and to hope that they can finally find healing.

Im sure a lot of you know that my family is going through some issues at the moment and most of it is posted online. This is a very hurtful time for our family. My sister, especially, had a very traumatic experience and I humbly ask everyone to be kind to her. We are trying to resolve our family issues privately and I ask for your support by not trying to put the blame on anyone and stop victim shaming. Please be mindful on your posts and comments to Sarah, mabigat ang pinagdadaanan niya ngayon. Bilang anak at kapatid, napakasakit sa akin na makitang nagkakaganito ang mga taong mahal ko. Hiling ko na lang po sa inyo na isama nyo kami sa inyong mga dasal at sana mahanap na rin ng aming pamilya ang nararapat na healing. Sa panahon na ito, magpakita po tayo ng pagmamalasakit at pagmamahal sa isa't isa. Maraming salamat po.

News of Pia's family issues broke out when
Sarah, her younger sister, posted a series of Instagram Stories, chiding her beauty queen sister and their mother, accusing the latter for victim blaming after she was sexually abused when she was young.

Sarah's allegations were addressed by Cheryl on a YouTube video, saying she had no idea about the abuse Sarah experienced when they were living in the Philippines.

Pia, who won the Miss Universe 2015 crown in controversial fashion, being mistakenly announced as 1st runner-up by pageant host Steve Harvey, was born in Germany to Filipino mom Cheryl and a German father.

She has since re-joined Filipino showbiz after her reign, her work even before bagging the prestigious crown and title, starring in the films Gandarrapido: The Revenger Squad and My Perfect You and hosting the lifestyle show Pia's Postcards.

Pia Wurtzbach's sister Sarah pleads to netizens to stop the hate on the beauty queen after her online tirades against her go viral; adds that “your words will not fix anything.”