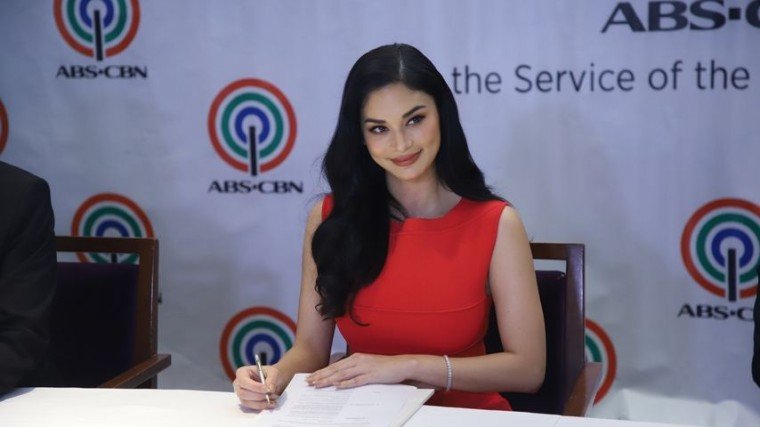 Miss Universe 2015 Pia Wurtzbach showed signs of sadness during her September vlog in Bangkok! At the press conference of her upcoming book, the queen explains why she had to vlog about it. Read more by scrolling down below!

Last Monday, October 10, during the press conference and contract signing of her upcoming book under ABS-CBN Publishing, Miss Universe 2015 Pia Wurtzbach was asked to clarify the first part of her vlog in Bangkok uploaded last September 30, where she said she was having a bad day.

The beauty queen launched her YouTube channel last August 29, uploading teasers of what is to come in her content, before uploading a day-in-the-life video last September 1.

In her Bangkok vlog, she began by saying that there are days where she felt that she was not okay.

“Hindi naman sa may masamang nangyari,” she added. “You just get reminded of the things that are not working so well at the moment. Sa buhay ko, I have some personal relationships that I think can improve pa. It’s not that I have enemies. [...] It’s a very complicated life that I live in because you don’t really know who you’re true friends are or you think you do but then turns out their not.”

She then spoke of a realization that when having moments like that, she prays that she could let go of the negative feeling so she can continue on with the day at bliss.

Back at the press conference, Pia revealed that the vlog was shoot last March, and even asked herself if she should record it, thinking that people in vlogs should always be happy and ready to conquer the outside world.

“Why don’t I share something more real?” she asked herself at that time. “Because then, people think that we’re okay all the time, and then because I won a beauty pageant a few years ago that I’m set for life and I’ll never have a bad day but then there are also days where I wake up and I feel like wala namang problema, wala namang nangyari, wala akong kaaway, pero parang gutom ba ko? Parang hindi ako okay.”

Pia then said that the purpose of recording her negative thoughts was to show a more human side of her and clarified that there is no major problem boggling her right now.

“I just wanted to share that, sometimes, we wake up on the wrong side of the bed,” she explained. “At that time, I was thinking lang na [...] pwede pa maging mas okay lahat, eh. Mas marami pang pwede mag-improve.”

The actress-host was surprised that a lot of people picked up on her Bangkok vlog and received a lot of positive feedback.

“I just wanted to share that it’s okay not to be okay sometimes,” she said. “When you watch the vlog also, I also share that in times like that, you just need to remember, what I did at that moment before I started recording, I just prayed. And to remind people that if it happens to you too, and you’re alone at home, maybe you’re watching the vlog right now, you just have to count your blessings. It works wonders, I’m telling you.”

“Count your blessings, be grateful, and, the things you can’t control, let it go,” she concluded.