Pia Wurtzbach's sister Sarah pleads to netizens to stop the hate on the beauty queen after her online tirades against her go viral; adds that “your words will not fix anything.” 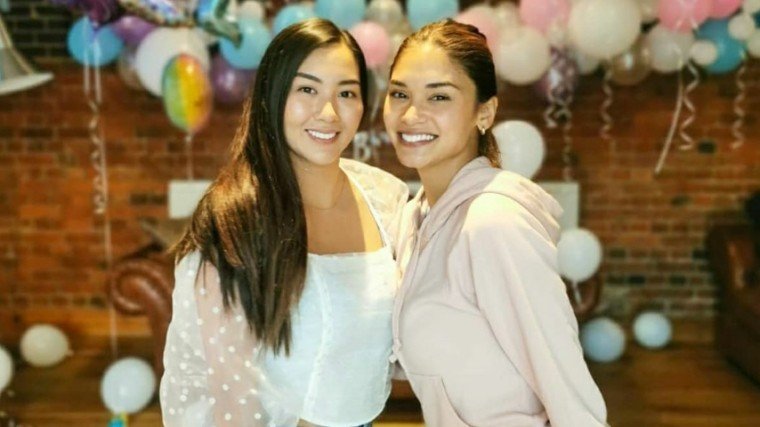 Sarah Wurtzbach appeals to netizens to stop the hate on her sister, Miss Universe 2015 Pia Wurtzbach, after her online tirade against her has gone viral.

The sister of Pia Wurtzbach, Sarah, has gone viral after posting a series of online rants against the Miss Universe 2015 and their mother, Cheryl Alonzo Tyndall, on her Instagram Stories. Screenshots of the tirade have been circulated by netizens on social media.

"I told you I was serious when I threatened you. I'm your sister but I'll be your worst enemy, no problem," Sarah said on IG Stories.

Sarah claimed that Cheryl, who she described as "narcissistic", abused her and despite that, Pia refused to side with her.

Sarah also said Pia cannot even apologize after the beauty queen allegedly hurt her sister's feelings after making statements when she was not sober.

Sarah also admitted there were money issues, as she said she was "broke" and claimed Pia was "insensitive" because she was making remarks about how much she earns compared to before when she would give Sarah some cash.

She added that Pia and Cheryl wanted her to leave her partner, Charlie, because he cannot provide money.

“Don’t confuse money and status for power,” she said in another post. “I’m silent because I protect you and our f*cking narcissistic mom. Receipts included."

She also warned Pia that she will show evidence about everything.

Sarah also said she was there when Pia and her current partner, Jeremy Jauncey, had problems.

She added that Jeremy approached her, not Pia, when a YouTube video Cheryl uploaded caused a problem with his clients.

"Consider us finished as sisters," Sarah even declared.

It could be recalled that Pia returned to the Philippines after a trip to the United Kingdom with Jauncey and family members, including Cheryl and Sarah, back in July this year.

Pia also celebrated her birthday in the UK, with Sarah even surprising her with party decorations.

Thus, it is still unclear how long the sisterly feud had been going on.

But days after her online tirades, Sarah appealed to netizens to not bash Pia, saying her recent posts were only to vent out her sentiments.

"Stop hating on Pia. Yes I am angry and still am, but your words will not fix anything,” she said in a now-deleted Instagram post last Monday, October 12.

She, then, apologized if she took things too far and said she is experiencing an ongoing losing battle everyday.

"[B]ut being silenced for many years takes a toll on you," she said.

Meanwhile, Sarah’s boyfriend, Charles, who got himself inadvertently entangled in the issue, also expressed his frustration over the controversy between Sarah and Pia, specifically to those who just want to gossip about the issue.

“Not even an hour and nearly 1k views… Just shows how toxic social media can be init," he wrote on his Instagram Stories.

“Everyone ‘needs’ to know.. Barely anyone wants to help someone with mental health issues."

Charlie does not specify what "mental health issue" he is referring to, but Sarah has posted on her Instagram Stories that she is "triggered" and "depressed."

“I’m venting regarding the fact that people are only breeding toxicity and perpetrating hate," he added.
“But I’m the one that’s being the bad guy!?

After months of speculation, Pia Wurtzbach and Jeremy Jauncey officially confirm their relationship