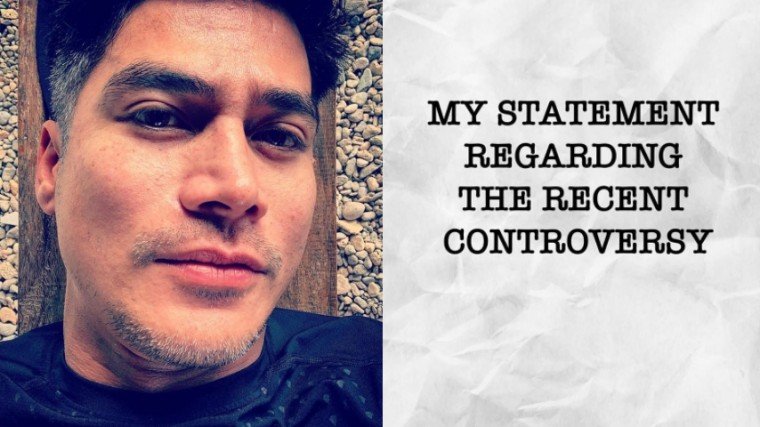 Piolo Pascual breaks his silence after the controversy surrounding him and film director Joyce Bernal. The two were slammed by netizens after pursuing to go to Sagada to film for President Duterte's SONA despite the LGU denying them to do so.

On Thursday, July 9, Piolo Pascual posted a statement on Instagram regarding his trip to Sagada with film director and friend Joyce Bernal.

It could be recalled that last Monday, June 6, netizens called out the actor and Bernal after they pushed through with their Sagada trip to film background views for President Rodrigo Duterte's upcoming State of the Nation Address (SONA) despite being denied access by the mayor and the Municipal  Disaster Risk and Management Office (MDRRMO).

In his statement, Piolo said he was saddened by the judgment he and Bernal received, saying they were judged without getting to know the facts behind the issue. Thus, he decided to speak up and clear up some misconcepcions.

"With the recent controversy involving my friend Direk Joyce and myself, it saddened me to be judged without knowing the facts," the Kapamilya star wrote. "I'm the type who just let things pass and the truth speak for itself but this time I'm forced to air my side for clarity."

He, then, pressed that his loyalty had been with ABS-CBN since he began in show business before saying that his Sagada trip had nothing to do with the government.

"I haven't met the President personally and I don't do politics as some may know," he assured. "I was there with Direk Joyce and my friend Illac Diaz to help Direk Joyce to get footage for her personal message/video before the start of the SONA, showing how the environment has changed positively because of the pandemic."

"This isn't about the President," Piolo added.

The actor-producer then narrated the events that happened during the Sagada trip, starting with the process of getting clearance to enter the province via a written document addressed to the Mayor.

"[H]e gave us verbal approval and so we drove for nine (9) hours to the Mt. Province," he recalled. "We were escorted by the police from Baguio City to Sagada to make sure we didn't go anywhere else or deviate from our trip."

After arriving at his friend's place, Piolo said Bernal was invited by the Sangguniang Bayan so the officers could explain that their team could not stay there for a reason which "vetoed" the Mayor's decision. However, they were offered to stay the night because of their long travel.

The same thing happened when they attempted to shoot in Banawe.

"[W]e went to Capitol and Direk Joyce asked  the Governor where we could shoot but the Mayor also declined since there were active cases there," Piolo said. "We were in touch with the local council and respected their decision and by the way, all of us did a rapid test before going on this trip."

By the time they asked permission to Baguio's LGU, the Mayor was willing to allow them to shoot, as long as Pascual, Bernal, and team followed safety protocols and guidelines. They were also escorted by members of the Philippine National Police (PNP) just like in their past travels.

"Finally, we arrived in Baguio City. We lined up for triage and got our clearance for entry," he said. "The next day we did a swab test again and just shot at places wherein nature was the subject and not the people."

Piolo said his involvement with Direk Joyce Bernal and her project has nothing to do with his political stand.

"I love my country regardless of who the President is and I love my home network which is ABS-CBN," he said.

"There's not a day that I didn't pray for ABS-CBN," Piolo went on. "I love my job and I love this nation, so please stop hating or judging as the world is already at the brink of losing hope."

Piolo concluded his statement by asking his followers to encourage each other, build each other up, and pray for one another. He added that everyone should "spread understanding, compassion, and most of all hope and love."

"Life is too short to be lived with anger and bitterness in our hearts. God bless you." he concluded. 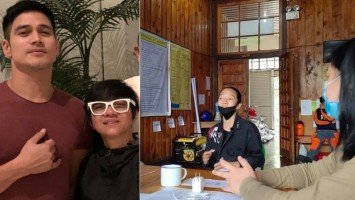 Joyce Bernal and Piolo Pascual denied to shoot in Sagada by local LGU for Duterte’s next SONA, drew the ire of netizens for “endangering the health of many” 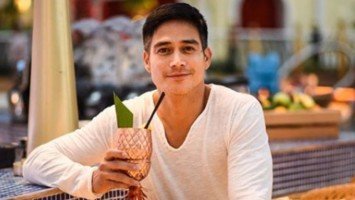