Pops and Martin reunite for a night 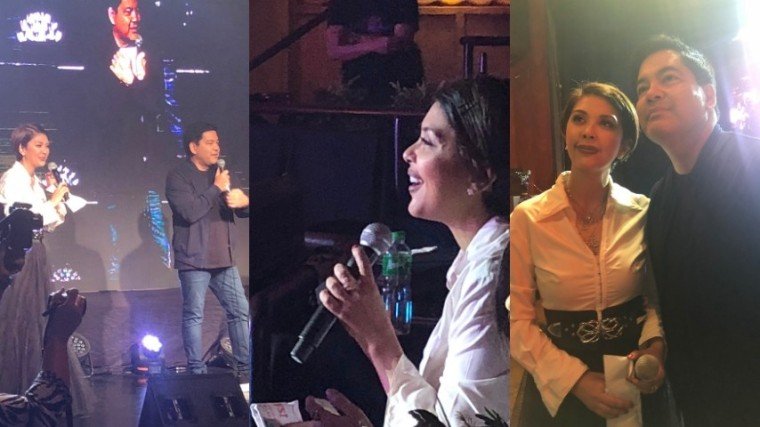 Pops Fernandez and Martin Nievera—tagged as this country’s Concert Queen and King—may be ex-couples for several years now but they’re estranged no more.

In fact, they have turned out to be the best of friends and they’ve been so for quite awhile. They’re there for each other now more so than before.

In fact, during Pops’s last birthday celebration, held on the night of her actual birthday (December 12) at the Teatrino theater in Greenhills, San Juan, Martin did not just come as guest but also as the main emcee of his ex-wife’s program.

Their chemistry onstage remains, not just intact, but still quite hard to beat.

Thus, it’s become quite a nostalgic night not just for Pops and Martin, but for all their common friends who were in attendance that night.