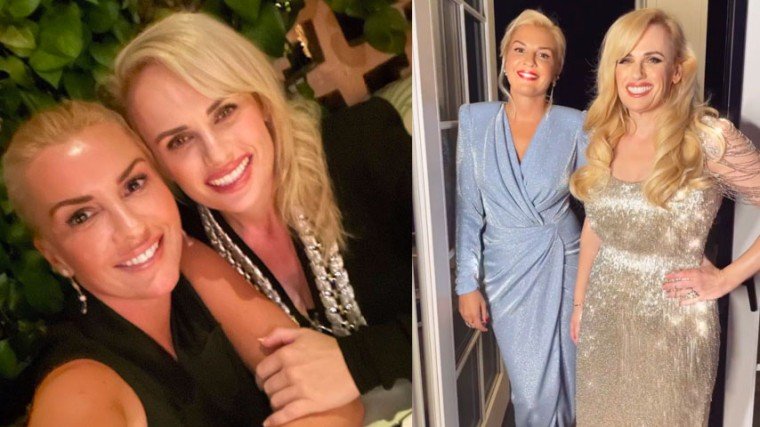 This Pride month, the Pitch Perfect star made it official on Instagram her relationship with girlfriend Ramona Agruma.

This surprised her social media followers who are always updated with Wilson’s personal life.

The 42-year-old Australian comedian captioned her photo with Agruma: “I thought I was searching for a Disney Prince… but maybe what I really needed all this time was a Disney Princess 💗🌈💗 #loveislove."

A source from PEOPLE says that Wilson is “in an amazing place and I've never seen her happier."

It was just last month that Wilson told PEOPLE about being set up with her new partner "through a friend," though she didn't reveal who the love interest was at the time.

"We spoke on the phone for weeks before meeting. And that was a really good way to get to know each other. It was a bit old-school in that sense — very romantic.

“I think going through the process of finding more self-worth, I think that what you want in a partner is elevated and so it's great to have someone who feels like an equal partner and be in a healthy relationship.

“There were times — I'm not saying with all my exes, they're great — but there were some times that I was probably putting up with that I shouldn't have.

“So it feels different to be in a really healthy relationship."

The star of Netflix’s Senior Year was in a relationship back in 2020 with Jacob Busch, whose family founded the brewing company Anheuser-Busch.

The couple, despite going Instagram official, broke up in February 2021.

But who is Rebel’s new love Ramona Agruma?

Agruma is a fashion designer and the owner of the sustainable fashion brand Lemon Ve Limon.

According to her Instagram, the brand is a “Los Angeles-based sustainable clothing brand designed to take you places in comfort and style”.

She is also the brand ambassador for a jewelry and watch company called Bee Goddess.

According to its website, the brand makes the world’s talismanic fine jewellery, which has been worn by plenty of celebrities on the red carpet, including Kate Winslet, Cate Blanchett and, of course, Wilson who was seen wearing the brand at the 2022 Vanity Fair Oscars after-party earlier this year.

Nobody was aware of their relationship when Wilson and Agruma made their first red carpet appearance together at the Vanity Fair Oscars party back in March.

The two ladies attended the event together, happily posed for the cameras, with both women looking equally glam in their shimmering gowns.

The two were also spotted together at Super Bowl Sunday in February, and attended an event in Park City, Utah, in April.

In other words, their romance has been brewing for a while, and they certainly didn’t hide anything.

Though Wilson may have gone public with their relationship, Agruma is a very private person and even keeps her Instagram account private.

She screens all her requests first, but still has over 12,000 followers.

The couple went public with their relationship last June 9, falling in the month of Pride when LGBTQ+ communities around the world celebrate their gender and sexuality.

Euphoria; Spider-Man: No Way Home; and Loki are top winners of the 2022 MTV Movie & TV Awards