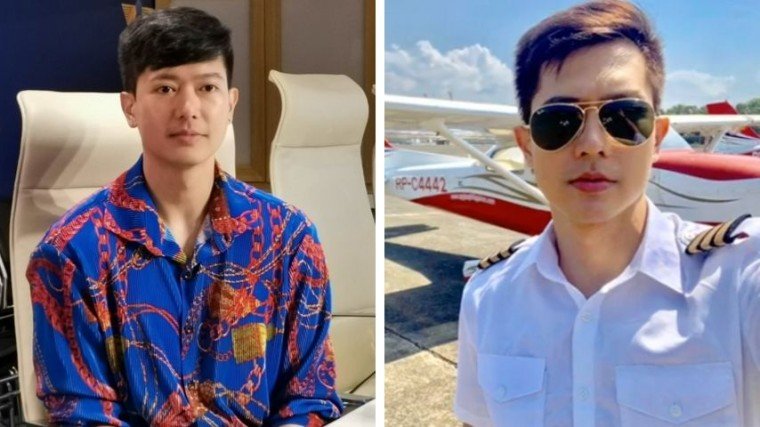 Aside from singing, Ronnie Liang confessed that his childhood dream of becoming a pilot started when he was in fourth grade.

During the press conference of his upcoming concert LovexRomance, which was held yesterday at the Viva Main office in Pasig City, Ronnie had the chance to talk about his long-time dream of becoming a pilot.

Aside from being a singer, Ronnie confessed that becoming a pilot has been his dream since he was in fourth grade.

But he’s not one to just let go of his dream. Last year, he began making it happen by pursuing a pilot course at the Strikeview Aviation Training Center in Subic.

He took ground-school subjects and flight simulator training first before he was allowed to take his first flight ever, which took place in Bulacan’s Plaridel airport last March 10.

And now he’s soon to have his Private Pilot License with APG International Aviation Academy.

After getting his private pilot license, Ronnie sets his goals to become a Commercial Pilot. That, he says, is his ultimate goal.

“’Yon talaga ’yong ire-reach out ko talaga, being a commercial pilot. And it will happen probably early next year.”

He admitted though that despite undergoing several training, there’s still fear in flying an aircraft.

But before being called a singing pilot, let him seranade you first as an A-1 balladeer through his  LovexRomance concert, which is set on November 8 at the Music Museum in Greenhills. Guest stars include Ella Cruz, Janine Tenoso, and one and only Popstar Princess Sarah Geronimo.