Ryan Reynolds wishes fourth child to be a girl 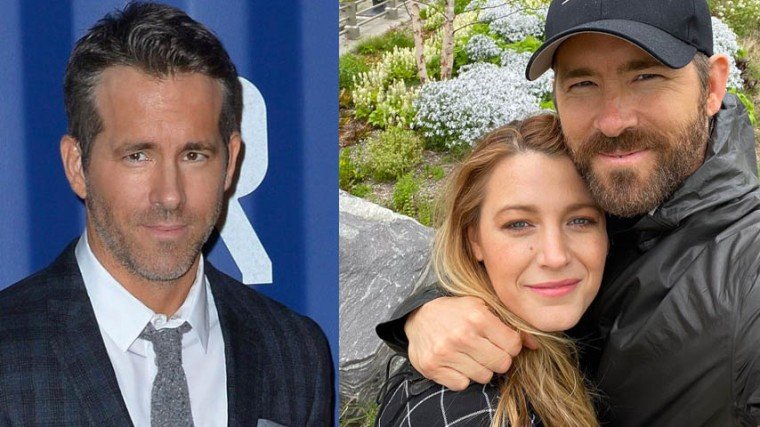 The Reynolds couple, Ryan and Blake Lively, were recently seen walking the red carpet of the American Cinematheque Award in Los Angeles where Reynolds was honored for his contribution to Hollywood cinema. Reynolds was the 36th recipient of the prestigious honor and the first Canadian to ever receive it. In Blake's tribute, she says this about her man: "He is able to somehow be everything to everyone, all at once. He is the most present person you will ever meet. And yes, he creates magic in his work but man, oh man, does he create magic in his real life."&nbsp;

Ryan Reynolds opens up about preparing to welcome his fourth baby with wife, Blake Lively.

On The Kelly Clarkson Show, the 46-year old Deadpool star says that he knows the drill when it comes to welcoming another baby. He and Blake already had three kids: James (7), Inez (6), and Betty (3).

"The first one, everything's like perfect and you set everything up, everything's sterilized. By the fourth, you're just like, oh, right this is happening. I should sweep or something.

"Not as much preparation has happened. I shouldn't speak for my wife because she's in it to win it right now. She's ready. We're very excited though."

Reynolds admitted that he's hoping their fourth child will be a girl.

"I know girls, so I'm kind of hoping that," said Reynolds, who noted that he and Blake doesn't know the sex of their fourth child not until the baby is born.

When asked if he and Blake would let their kids follow their footsteps in the entertainment business, Reynolds said: "Putting a kid in a business like this, it's generally not about the kid. It's usually about the parents. When they're older, they can do whatever the hell they want. I'm excited for that. Our job is to foster as much interest in as many different things as possible at this point."

Blake Lively announced her pregnancy by debuting her baby bump at the 10th annual Forbes Power Women's Summit last September. She made a glamorous appearance at the event, dressing her bump in a long-sleeved sheer minidress with a gold sequined chevron pattern. Accessories included a white headband, a white neck scarf, white platform pumps, and gold and sparkling ivory bangle earrings.

The couple was recently seen walking the red carpet of the American Cinematheque Award in Los Angeles where Reynolds was honored for his contribution to Hollywood cinema.

Reynolds was the 36th recipient of the prestigious honor and the first Canadian to ever receive it. It was celebrated with an evening highlighting his success across acting, producing and his many entrepreneurial ventures, by a roster of friends and colleagues including Will Ferrell, Hugh Jackman, Octavia Spencer, Helen Mirren, Salma Hayek, Shawn Levy, and wife Blake Lively.

The 35-year old Gossip Girl star, dressed in a printed, sequined Ralph Lauren maxi dress, shared behind-the-scenes stories about her husband's dedication to his craft and his unbounded love for his family.

"This man, he has contributed so much to the world's most international happiness with his art, his heart, his philanthropy, his humor, his integrity, his unmatched work ethic, his self-deprecating levity, his hard-earned depths in his scripts.

"And now I am his home, and our girls are his home. And just like that 19-year-old boy, who used to commute home to Canada, he races home, whether it's from across the globe or a meeting across the street, he is hard-wired to get home. If he came home from set not in his wardrobe, we would be very concerned.

"He would show up with mud, fake blood, real blood, prosthetic scars, superhero suits, shoes, or clown makeup, Daddy always comes home. And that man races back to his real life like nothing I have ever seen. Especially not by someone who is able to be so all in, in his work life.

"He is able to somehow be everything to everyone, all at once. He is the most present person you will ever meet. And yes, he creates magic in his work but man, oh man, does he create magic in his real life."

Reynolds posted on Instagram: "Thank you @AM_CinemaTheque for this incredible honour. Thank you to my friends and family who turned me into a heaving, weeping mess of laughter, nostalgia and joy. It felt like I got front row seats to my own funeral but without all the inconvenient death. What a night. Thank you, #WillFerrell, @TheJeffBridges, @Mary_Steenburgen, @RobMcElhenney, @NathanFillion, @JustinpjTrudeau, @OctaviaSpencer, @SlevyDirect @MorenaBaccarin, @SalmaHayek, @TheHughJackman, @HelenMirren, @stevenpage, @MaximumEffort and my unbelievable wife, @BlakeLively also, huge congratulations to the nights co-honoree, Mr @itsJasonBlum And thank you, @ralphlauren!"