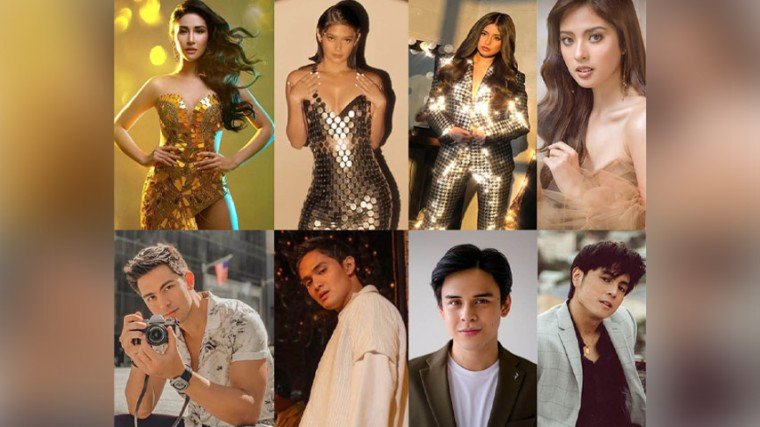 This 2022, Artist Center takes it up a notch as it starts the year with a fresh and energized new name—Sparkle. With Sparkle, GMA aims to light a fun and exciting spark in the entertainment industry all while evolving to fit the ever-changing new media and digital landscape.&nbsp;Aside from its new title, Sparkle is also proud to introduce its cluster of bright, young stars to watch for this New Year starting off with (clockwise from left): Sanya Lopez, Bianca Umali, Gabbi Garcia, Ysabel Ortega, Miguel Tan Felix, Khalil Ramos, Ruru Madrid, and Derrick Monasterio.

Ever since it was launched in 1995, GMA Artist Center has produced some of the most luminous names in Philippine showbiz such as Alden Richards, Julie Anne San Jose, Barbie Forteza, and Ken Chan to name a few. Over two and a half decades later, GMA Network’s talent management arm has held on to its promise of housing the country’s biggest stars and honing its up-and-coming artists.

This 2022, Artist Center takes it up a notch as it starts the year with a fresh and energized new name—Sparkle.

With Sparkle, GMA aims to light a fun and exciting spark in the entertainment industry all while evolving to fit the ever-changing new media and digital landscape. 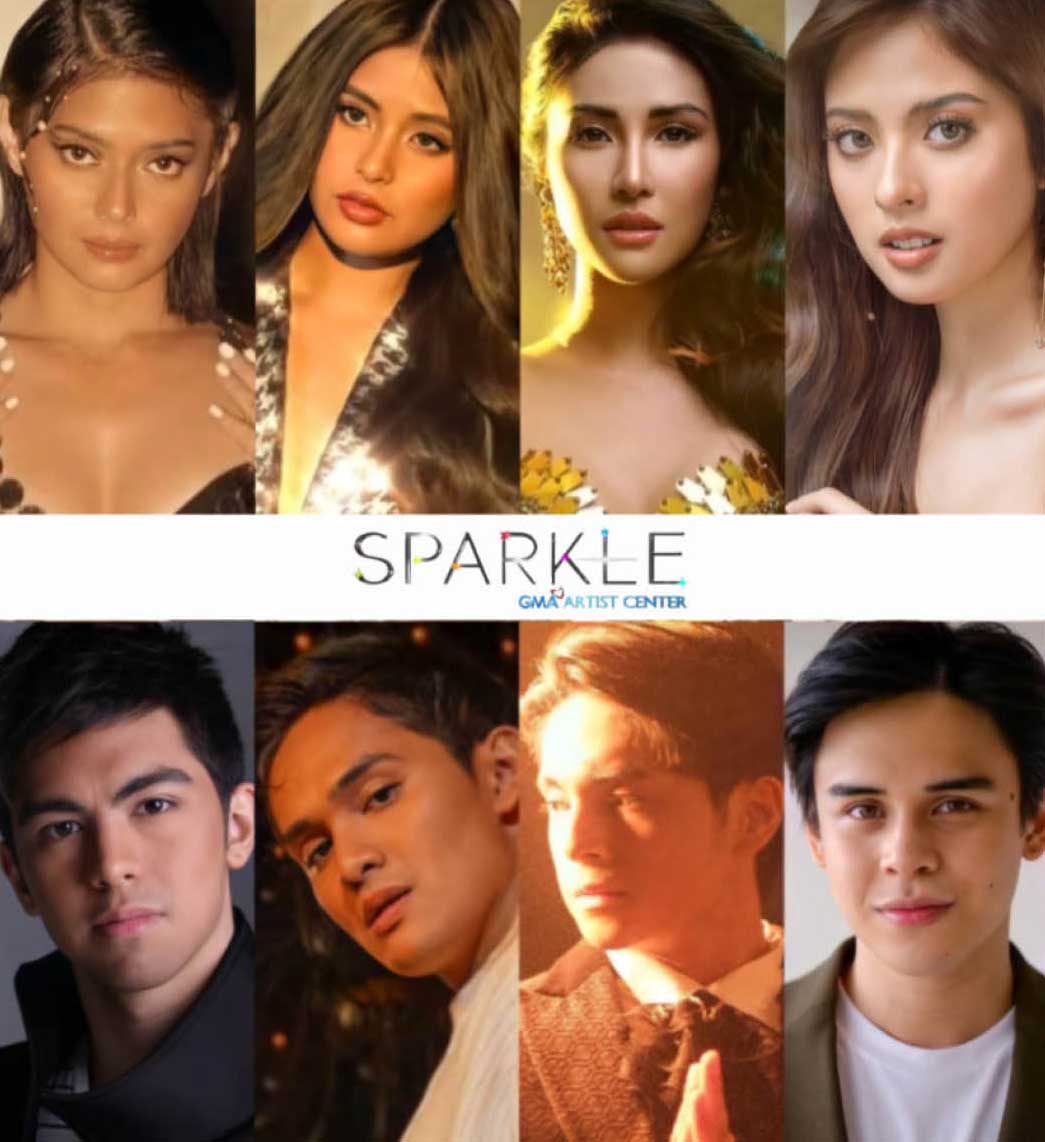 Thus, the name change bring with its lots of new effort to reimagine and reinvent stars, as well help them in character building and in the mastery of their craft.

“The name Sparkle brings along a lot of exciting change,” Mr. M told pikapika via Viber. “Watch out for new stars and see our current stars sparkle even more.

“There will be the different workshops and training sessions to bring out the best among our artists. Their upcoming projects will also be noticeably different to further excite the fans and the industy. Sparkle artists are also going to be really active content creators in the digital platform.”

As Mr. M also aptly puts it, “Only the brightest stars sparkle. Our aim is to leave a little Sparkle wherever we go.”

Alongside, GMA Artist Center’s webpage and official social media accounts have also been revamped and received the Sparkle treatment to better reflect its vibrant and colorful future. In turn, be sure to expect more engaging and dazzling content across all platforms.

Aside from its new title, Sparkle is also proud to introduce its cluster of bright, young stars to watch for this New Year!

Sanya Lopez is one of the true gems of Sparkle. She is sensual, beautiful, very talented, and down to earth. Her versatility is shown in the various roles she has played onscreen, including the phenomenal hit First Yaya. In 2022, she is all set to star in more teleseryes like Agimat ng Agila and First Lady.

Her musical and dancing talents are quite phenomenal, making her one of the top TikTok stars and a regular host on All-Out Sundays. She even has her very own single titled “Hot Maria Clara”.

Sanya is also trusted to endorse several brands that include cosmetics, appliances, and other beauty products.

This sparkling young lady is surely going to shine even brighter in 2022. 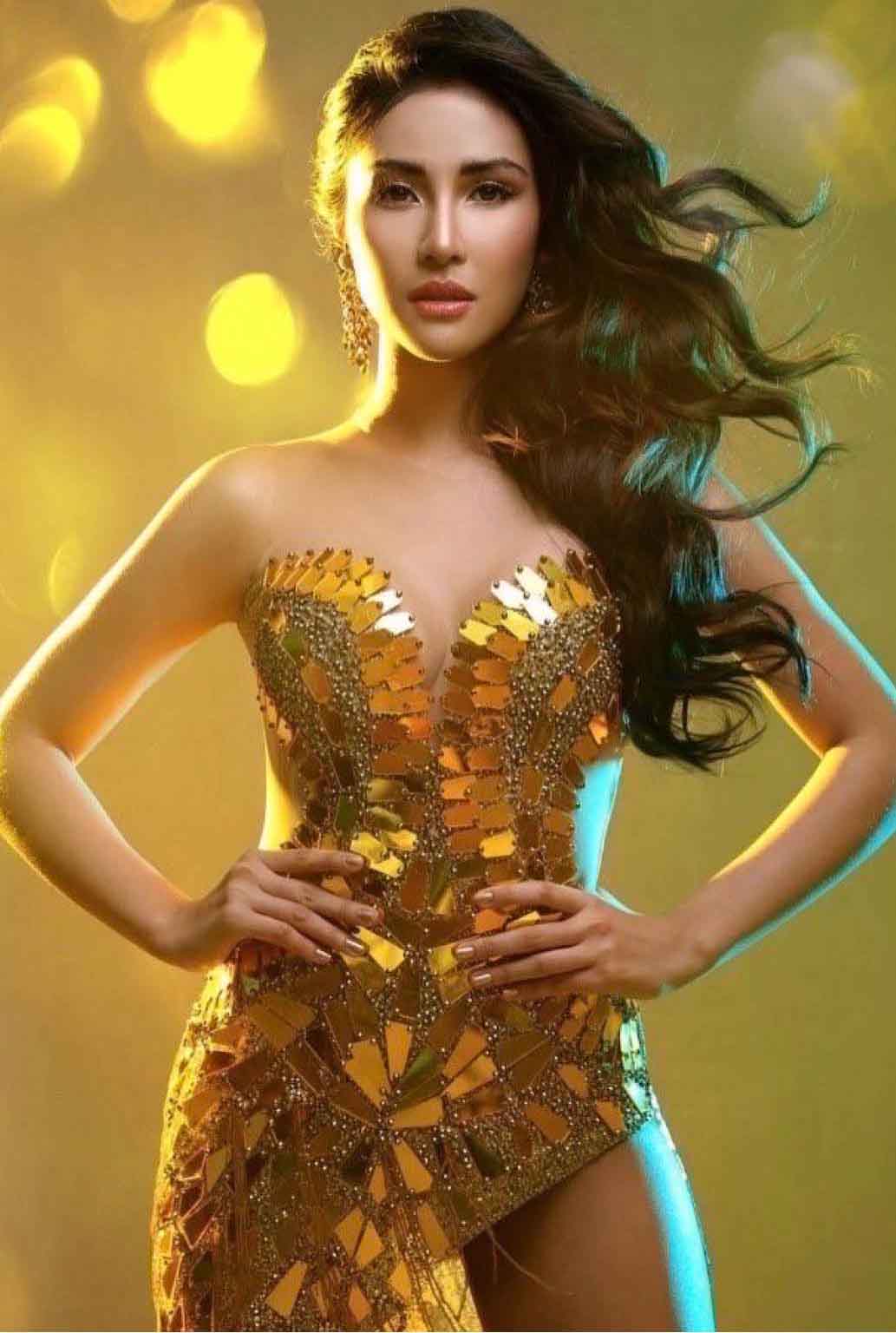 Beautiful, cool, smart, and oh-so-exciting, Bianca is ready to set 2022 on fire. Bianca is a versatile actress who dances, sings, and looks great in anything she wears. She is also a great host and an interesting content producer where she shows off how smart and woke she is in real life.

Her challenging roles in Legal Wives and Sahaya plus her international series on HBO’s Halfworlds are sure signs that this young star is really sparkling. This year, catch her in Mano Po 2 and enjoy her performances on All-Out Sundays.

Bianca is a great endorser, too, and her IG posts always get a multitude of likes and comments.

Bianca is all set to sparkle even more in 2022. 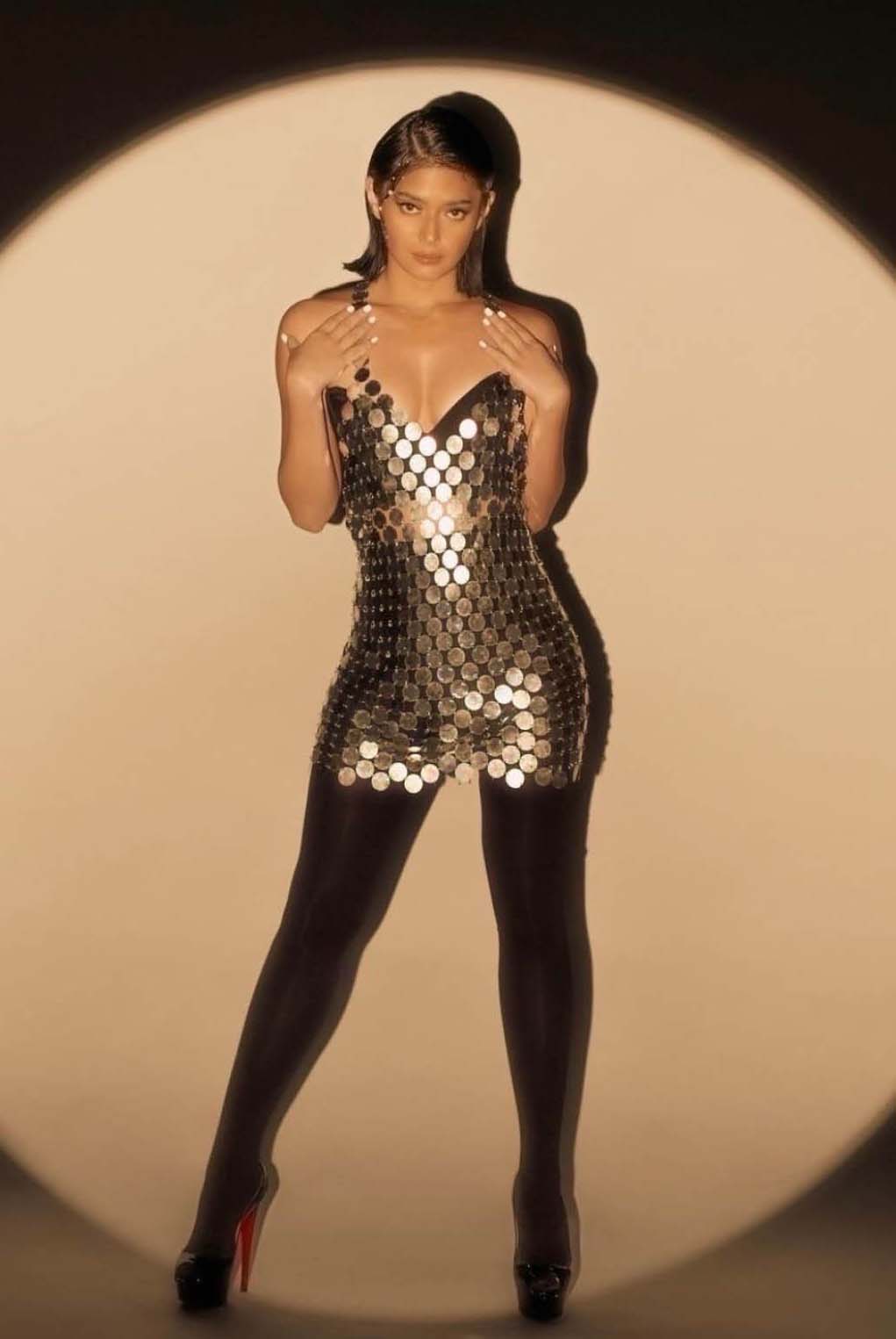 More than just our favorite It girl, Gabbi Garcia is on top of her game, capturing hearts with her stellar moments on screen through singing and dancing, hosting with so much ease, and au naturel acting.

Her commanding presence on social media can be felt by her loyal followers from IG to YouTube as her gift of gab, wit, and intelligence make her a fave of brands that matter!

Currently headlining All-Out Sundays, she is set to make a primetime soap early next year with twin soul Khalil Ramos. An international movie to be shot in the US is also in the works. Things are indeed looking big and shiny for Gabbi. 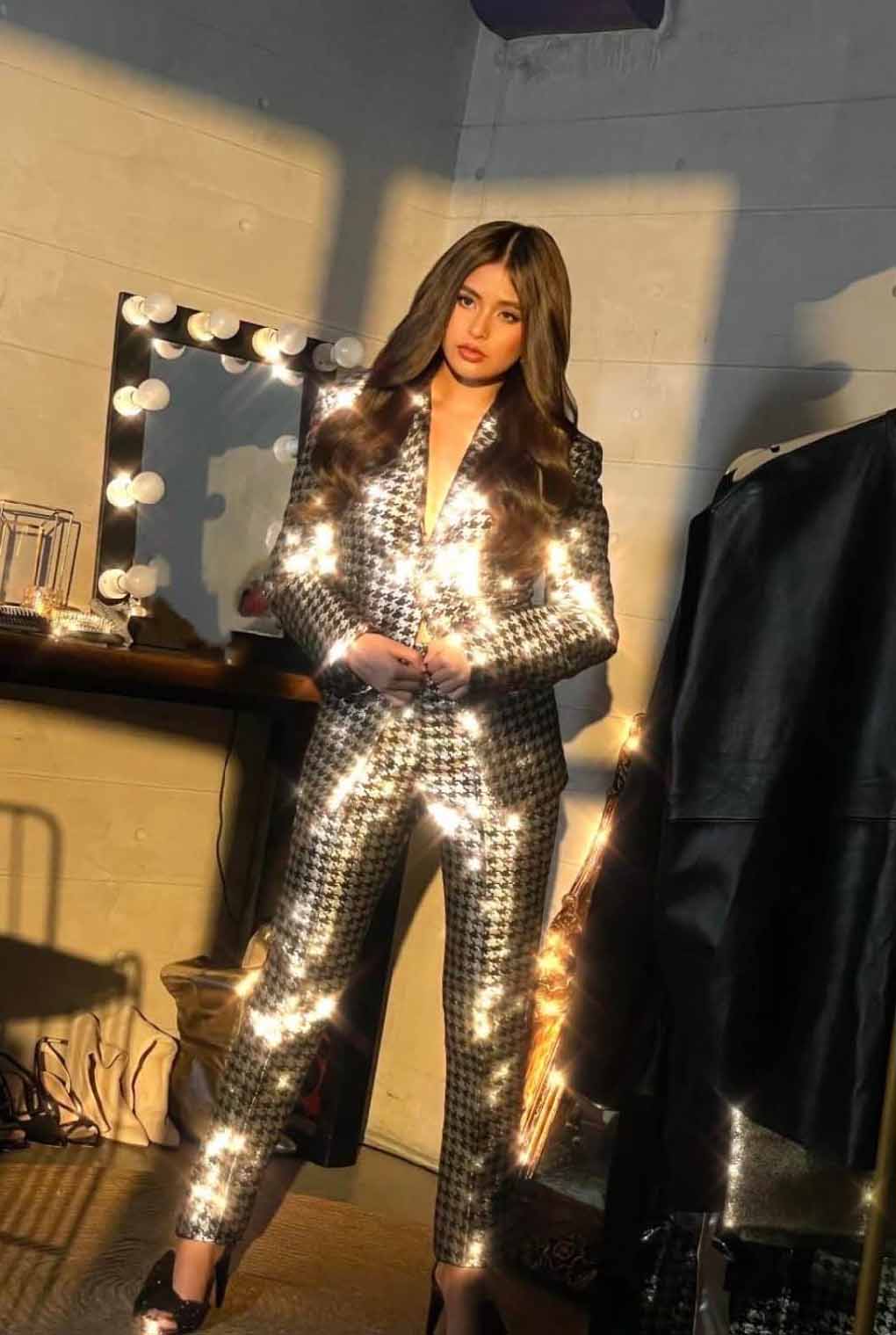 Beautiful skin, sparkling eyes, a sincere smile, and the nicest and sweetest personality have made Ysabel Ortega an easy favorite.

Even with such assets, GMA’s new sweetheart stays humble and always looks back to her roots in her provincial family home.

She will soon be seen in a new primetime series airing in 2022 titled What We Could Be and will be one of the leads in the much-awaited Voltes V: Legacy as Jamie Robinson.

Ysabel is also a hit online with her social media pages and her own YouTube channel. Aside from that, she is also a sought-after endorser in her own right. 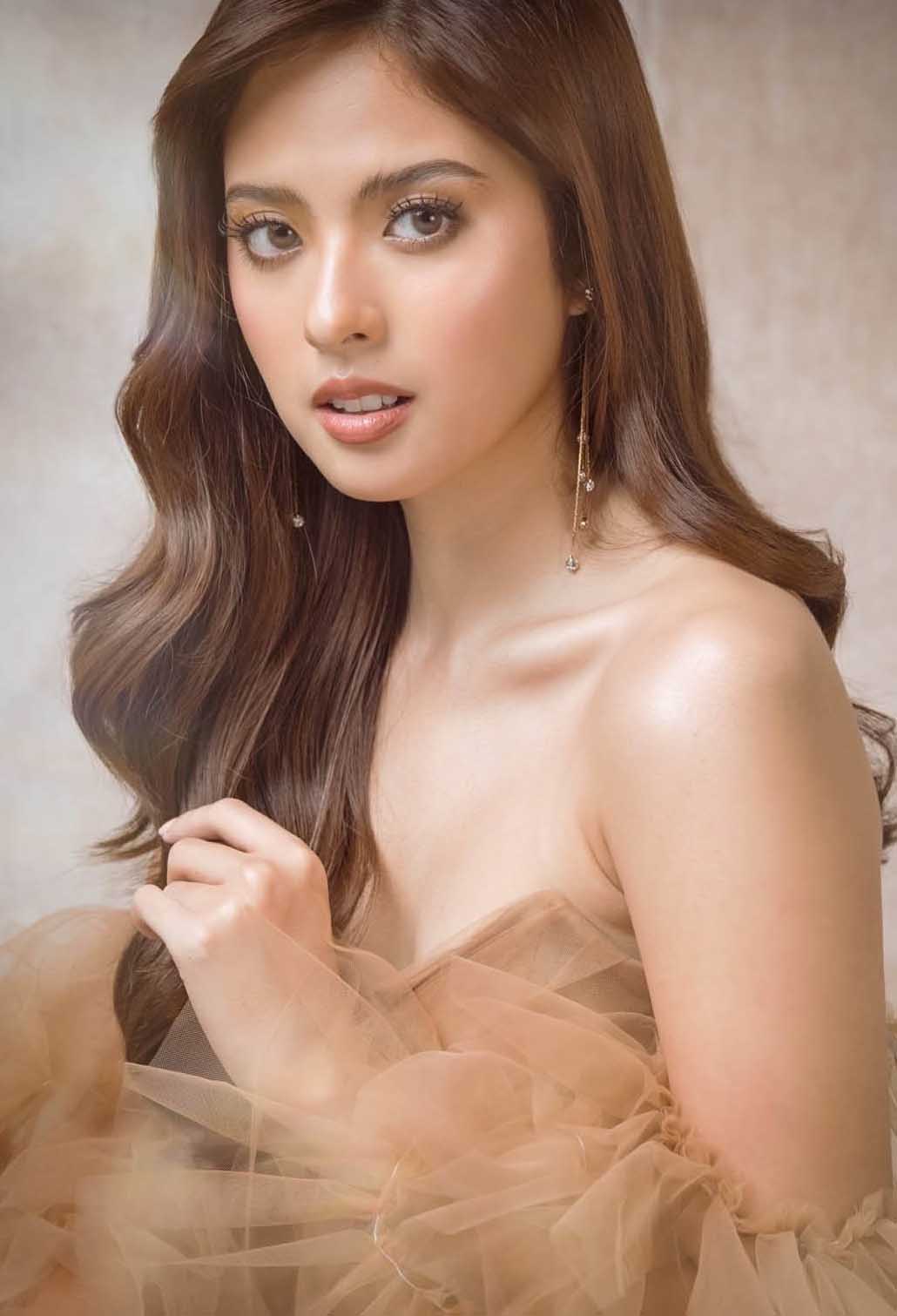 Every girl would feel a romantic excitement when they get to see and meet Miguel. His look and captivating smile could easily win the hearts of many. Miguel is a multi-awarded actor who has graced the screen in many memorable projects. Being a great dancer and performer has made Miguel a TikTok superstar, but this young man has a keen business sense too. He invests in the right portfolios and has started businesses at such a young age. He is also an endorser of international brands.

You will get to see more of him on GMA's Sunday noontime show All-Out Sundays and in the upcoming primetime series slated for 2022 called What We Could Be. His biggest project to date would be Voltes V: Legacy where he plays the lead character of Steve Armstrong.

Miguel is surely going to dazzle you and win your heart. 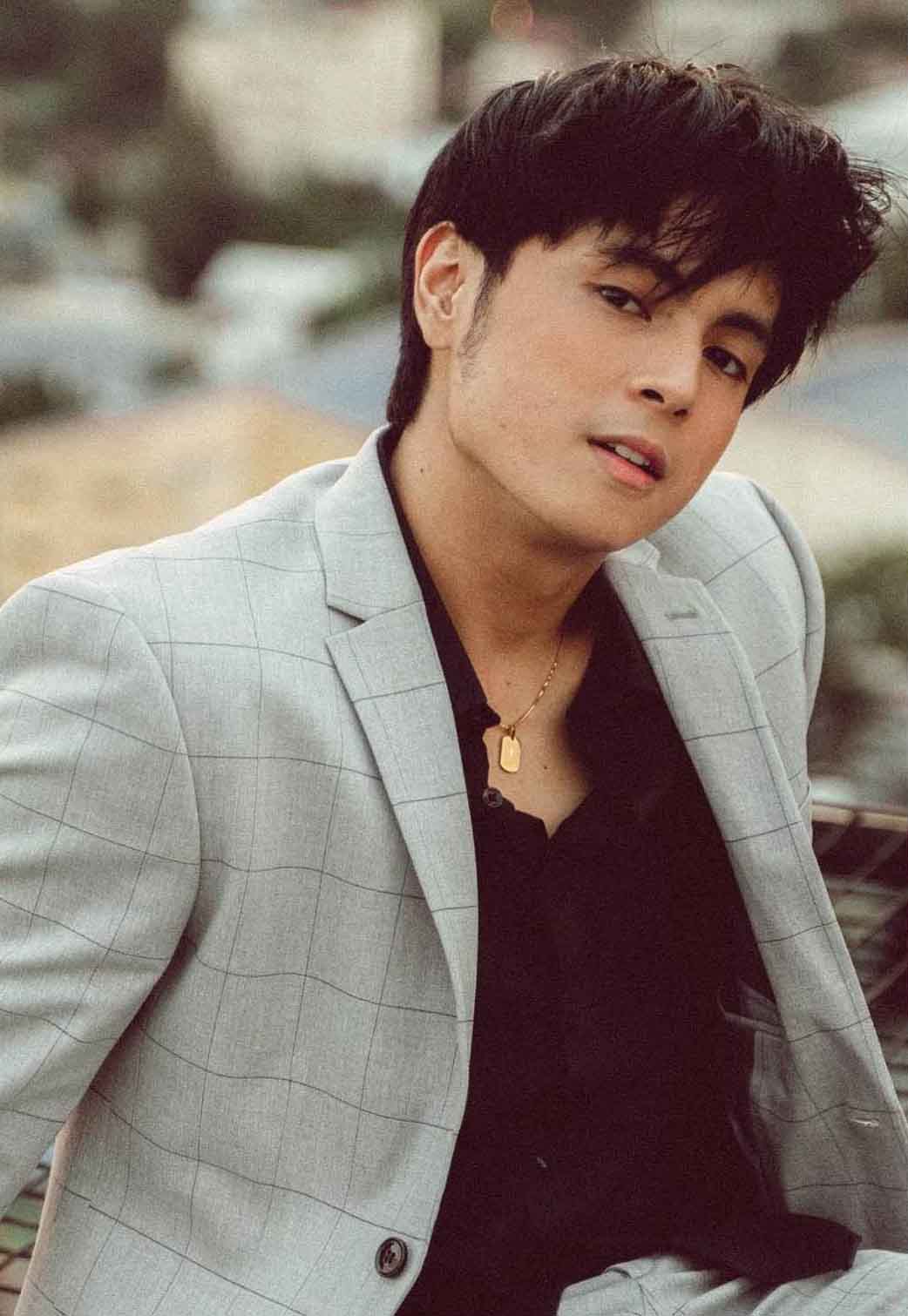 His soulful eyes and killer smile says it all for this young and talented man who can sing his way to every girl's heart and act just about any role with so much grit and honesty.

Armed with multiple talents up his sleeve, Khalil is currently making all our fan hearts swoon in Love on Air.  This photographer and promising director is also a sought after creator on the net. Come 2022, you will see him paired with twin soul Gabbi in the primetime soap, Love You Stranger.

Plus, he is gearing up to release a musical album that’s sure to set sparkles of light and love to everyone. Definitely the Kapuso star to watch out for! 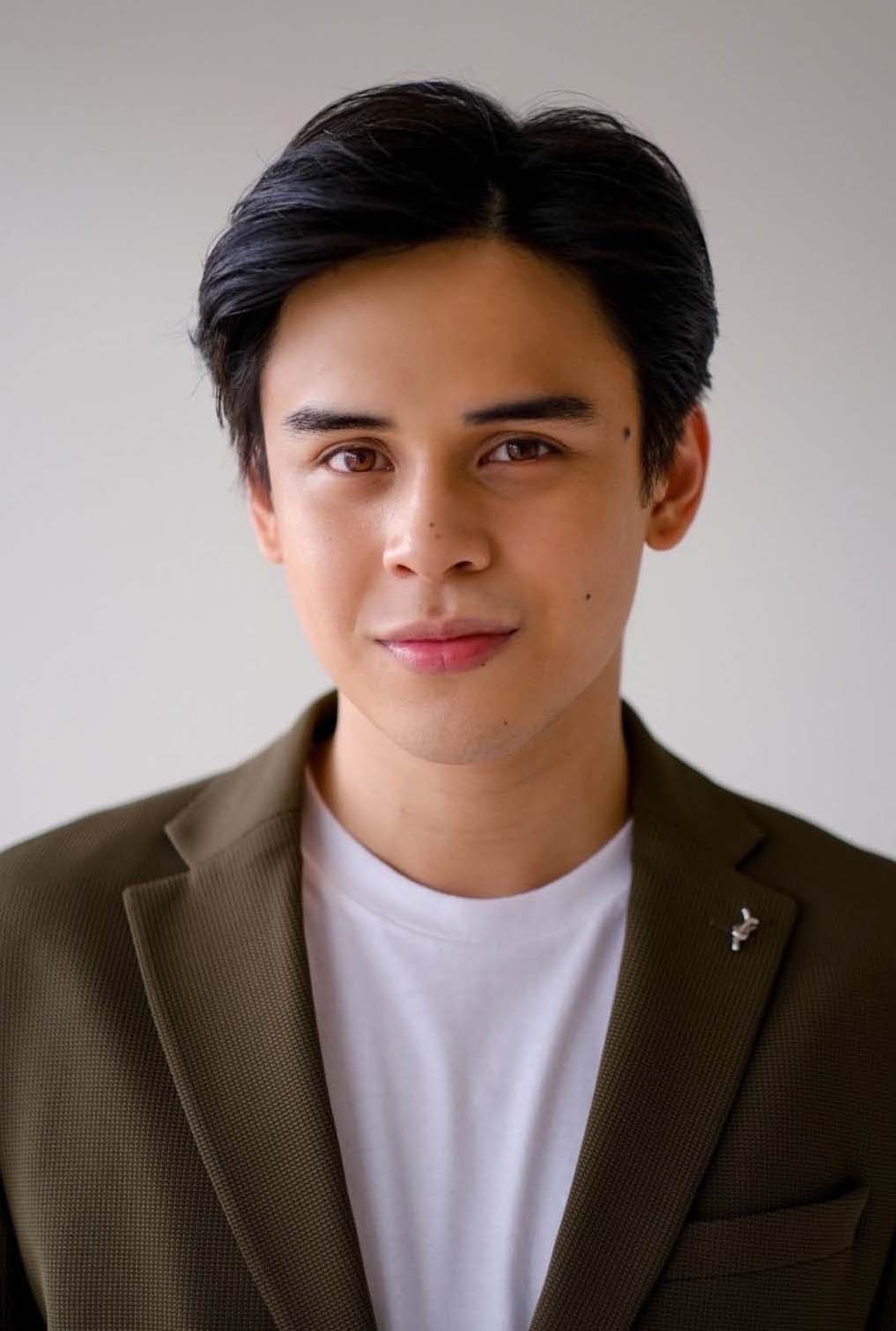 The leading man that will make your heart sparkle.
Good looks, a killer bod, and an irresistible charm make Ruru the ultimate leading man in GMA!

Ruru has partnered with beautiful leading ladies and has become the top choice for male lead roles. He is also a businessman and is into creating his own content empire starting with his recently launched YouTube channel.

He endorses big brands and will be starring in the political-fantasy drama, Lolong, one of GMA’s biggest Primetime shows in 2022. You can also catch him perform and host every week on All-Out Sundays.

Get ready for Ruru’s rise to greater heights this 2022! 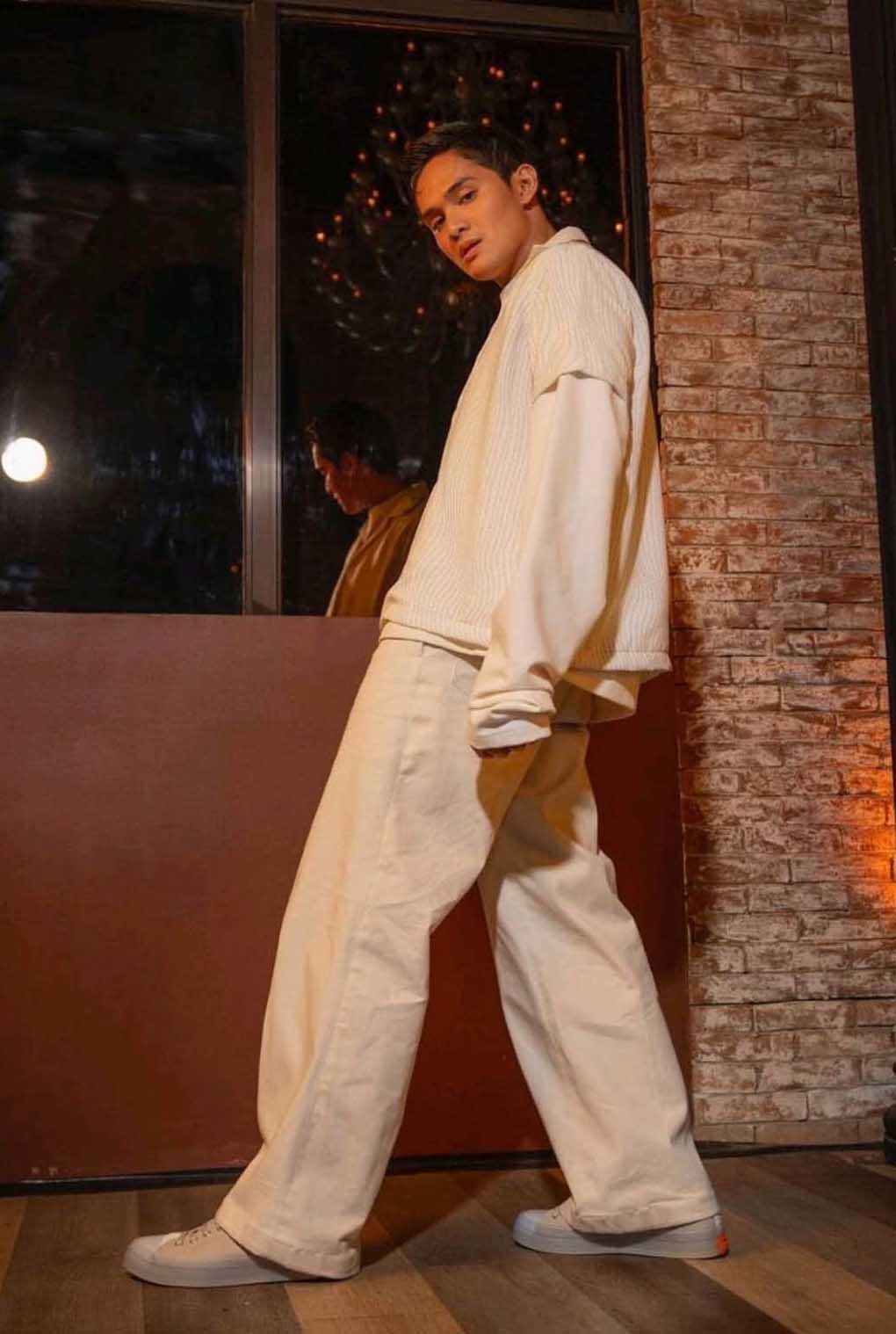 This Kapuso hunk has killer eyes that will melt even the toughest hearts. Derrick Monasterio is Sparkle’s man’s man. He is fit, athletic, and handsome.

His sense of humor as well as his dramatic prowess have made him a favorite in shows like Daig Kayo ng Lola Ko and Regal Studio Presents. Catch Derrick’s maiden soap this year as this young hunk will show you what he’s got!

Oh, and he sings and paints too. What more can you ask for? Derrick is all set to make your hearts flutter this 2022 and he will do just that with a wink! 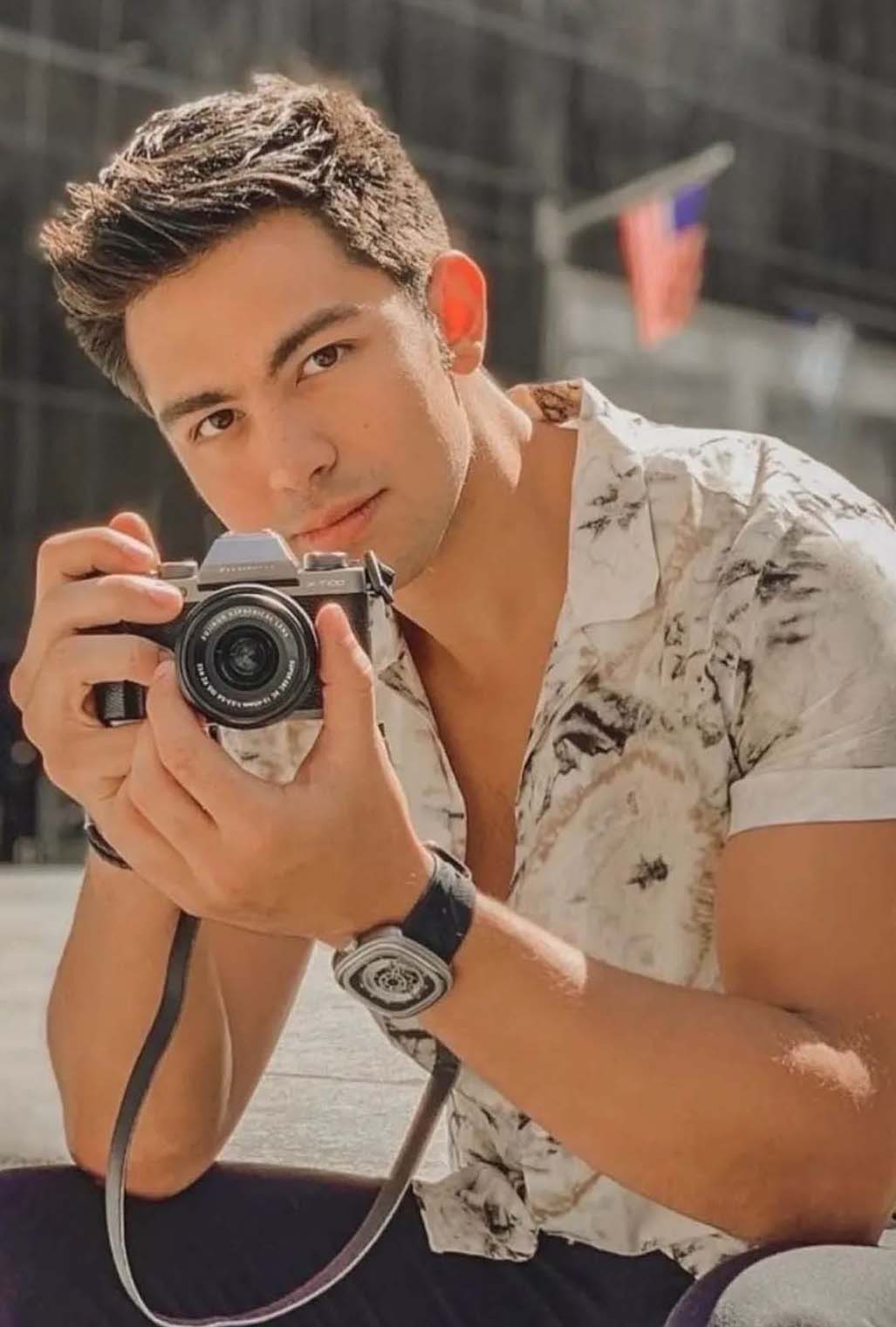