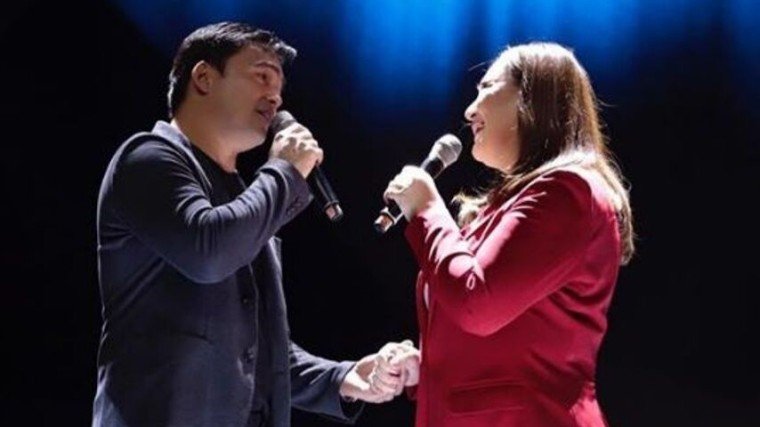 Gabby Concepcion and Sharon Cuneta made waves at the MOA Arena last September 22 when they reunited for a duet, to the cheers and jeers of fans! What a reunion!

One of the focal points of the 12th Gabay Guro event that took place at the Mall of Asia arena yesterday, September 22, was the surprise reunion between the original loveteam of Sharon Cuneta and Gabby Concepcion.

After the Mega Star immediately made her way to the stage after the duet of Martin Nievera and Pops Fernandez, the cheers from nearly 20,000 fans erupted, while Sharon acknowledged Nievera and Fernandez as the original Concert King and Queen.

Cuneta then sang the first few lines of the 80s hit "Come What May" by Lani Hall and Herb Albert. The crowd went wild a few seconds later when Gabby Concepcion entered the fray, joining Cuneta for a duet as Nievera and Fernandez made their exit.

Their song choice became popular as the theme song of their first movie as a love team in the form of Dear Heart. The love ballad became widely identified more with the couple than the original singers Hall and Albert in the Philippines.

As they finished their duet, the ex-loveteam greeted the teachers in the audience.

Then, she introduced her former partner to everyone. “For the first time in forever, Mr. Gabby Concepcion, ladies and gentlemen.”

Concepcion was quick to greet back, saying "Ms. Sharon Cuneta-Concepcion po, noong araw." with the crowd erupting their cheers and screams even more.

Actress-host KC Concepcion is the only child of the couple.

It was in last year's Gabay Guro event when their reunion was strongly hyped. Although both appeared in the 2018 event, both only delivered individual performances. They did not fail to delight teacher's this year as they serenaded the crowd and got everyone all giddy.

Many Sharon-Gabby fans were already anticipating their movie reunion back in 2009 when Concepcion made a cameo appearance in Cuneta's drama-comedy film BFF: Best Friends Forever and early last year when the former love team appeared together in a commercial for a fast-food chain.

The MOA event was hosted by Dimples Romana, Wally Bayola, Jose Manalo, Ruby Rodriguez, and Andrew Wolff. Luis Manzano was introduced as the newest celebrity ambassador of PLDT, who sponsored the event.

WATCH: Sharon’s emotional reunion with the del Rosarios of Viva 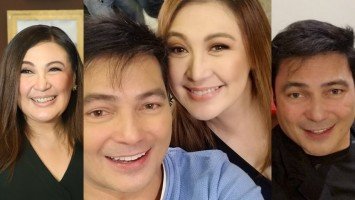 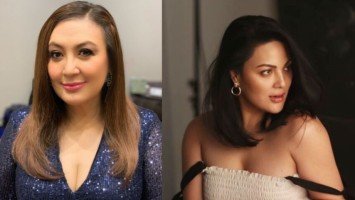