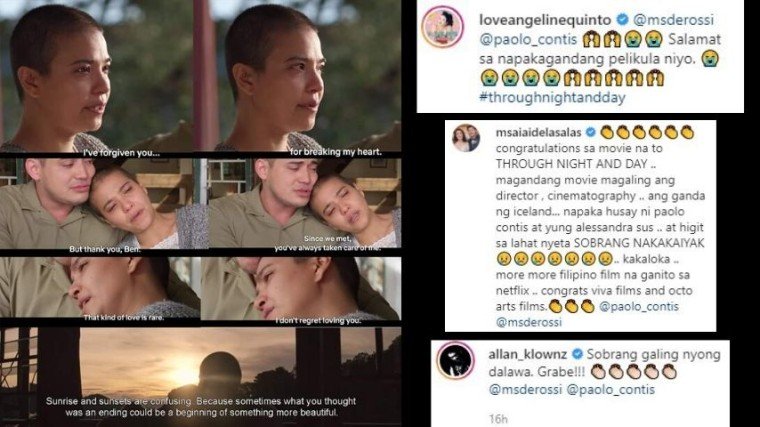 Paolo Contis and Alessandra de Rossi, who are known for their comedic personalities, made the public bawl their eyes out with their understated movie, Through Night & Day.

The said romance-drama film is about an about-to-be-married couple whose relationship withered after they embarking on a romantic-turned-challenging trip to Iceland.

Through Night & Day, by Veronica Velasco and co-written by de Rossi, graced the cinemas in November 2018. But sadly, it didn’t catch a lot of attention back then.

But after a year and a couple of months since their movie’s release, Paolo and Alessandra finally stole the spotlight in the online world.

Last July 9, Through Night & Day was made available for streaming on Netflix, and since then, it became the talk of the town. Viewers can’t stop raving about how good the film is, especially Paolo and Alessandra’s superb portrayals of their respective roles.

It made it to the list of most-watch films on NetflixPH and it landed a spot in the most trending topics on Twitter Philippines.

Even their colleagues in the film industry, such as comedy veterans Ai Ai delas Alas and Allan K, were dumbfounded by the beauty of the film; as well as Paolo and Alex’s heartfelt portrayals.

The Netizens, for their part, believed that Paolo and Alessandra deserve more recognition than they were given a few years back. And now, finally, the two are being showered with praises as they celebrate the film’s success in the online space.

Through Night and Day movie taught me:

Bittersweet ending but a good movie. Prepare a lot of tissue when you watch it.

🎬 Through Night and Day 😭😭😭😭 pic.twitter.com/vATsAyqLbH

ok grabe i've never seen paolo contis portrayed in a heavy drama sobrang galing ma 🤧 and alessandra de rossi aaaaa she's one of a kind!!! the cinematography 💯 & this movie teared me up for the last 30 mins better get some tissues before u watch it ✨

🎬: through night and day pic.twitter.com/xPn2ufWG92

Hands down to alessandra for always nailing the films, from kita kita to through night and day 💯 https://t.co/MnnIJWEKDg 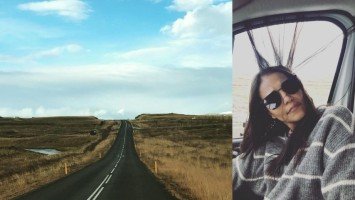 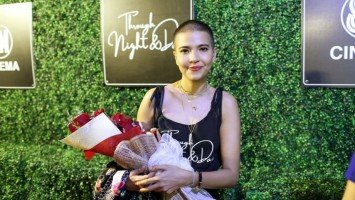