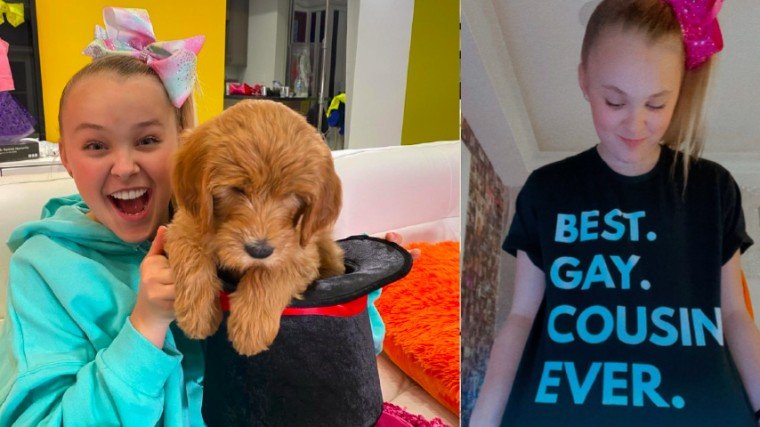 YouTube star JoJo Siwa expressed her happiness as she comes out as a member of the LGBTQ community.

The 17-year old social media teen sensation shared her sexual orientation to her fans after posting a photo on Twitter wearing a shirt given by her cousin that says “Best. Gay. Cousin Ever."

My cousin got me a new shirt pic.twitter.com/DuHhgRto7b

On her Instagram Live Session last January 23, fans quickly rallied behind JoJo in support of her coming out.

“Personally, I have never, ever, ever been this happy before and it feels really awesome. I’ve been happy for a little bit now. It’s just so, so, so awesome.

“You guys probably haven’t seen me this happy since I was on tour.”

JoJo says that she doesn’t want to put a label on her sexuality.

“Right now, I’m super-duper happy and I want to share everything with the world, but I also want to keep things in my life private until they are ready to be public.

"Right now, what matters is that you guys know that no matter who you love that's OK, and that it's awesome, and the world is there for you!"

She adds that her decision to come out was on her own because she felt that way her whole life.

"I'm just so happy! I'm the happiest I have ever been!"

With her massive following, JoJo feels that she has more responsibility now and what she puts out will reflect on her and what she believes in.

“I know everyone’s situation is different and it might be harder for some people and easier for some people to come out or be themselves but I think coming out has this stigma around it — that it’s this really, really scary thing, but it’s not anymore.

“There are so many accepting and loving people out there that it’s okay. Of course people are going to say it’s not normal, but nothing is normal. It’s okay to be a little weird, strange, different.”

Born Joelle Joanie Siwa on May 19, 2003 in Omaha, Nebraska. She is an American dancer, singer, actress, and YouTube personality.

She is known for appearing for two seasons on Dance Moms along with her mother, Jessalynn Siwa; and for her singles “Boomerang” and “Kid in a Candy Store.”

Siwa posts daily videos of her day-to-day life on her YouTube channel, "Its JoJo Siwa". She was included on Time's annual list of the 100 most influential people in the world in 2020.

In 2019, JoJo had her D.R.E.A.M. The Tour where she performed in 52 cities across the United States and Canada. Other performances took place in the United Kingdom and Australia.

Siwa was in a relationship with TikTok star Mark Bontempo from August to November 2020.