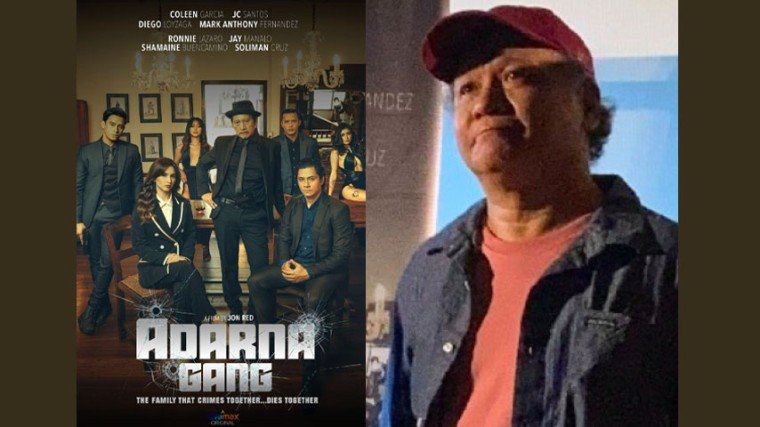 Adarna Gang is also a well-put together film. There is no way it can fail given the fact that it is an assembly of certified Gawad Urian winners – from director Jon Red to some of the cast members: Ronnie Lazaro, Dido de la Paz, Jay Manalo, and Soliman Cruz. The others are perennial Urian nominees – like Shamaine Centenera-Buencamino and even JC Santos.

Ibong Adarna is an epic poem written in the 1700s. It is generally believed to have been written by Jose de la Cruz, who was also known as Huseng Sisiw.

Set in the fictitious kingdom of Berbania, the story begins when the king, Fernando, becomes ill. The only cure to his ailment is the capture of an enchanted bird, known as Ibong Adarna, because its singing is guaranteed to bring back his health. The search for the bird is no easy task, however. The captor has to travel far and wide.

King Fernando and his wife, Valeriana, have three sons: Pedro, Diego, and Juan. Each one of them is dispatched successively – with the promise that the one who gets to bring back the magical bird gets to inherit the throne. This is when treachery rears its ugly.

Ibong Adarna as a literary work is so popular, it had been adapted into different media: theater, film and even television. The most popular versions, of course, were those made into movies.

Every film adaptation actually became a milestone in cinema. The first Ibong Adarna on the big screen was produced by LVN Pictures in 1941. Starring Fred Cortes (the husband of Anita Linda) and Mila del Sol, this Ibong Adarna edition is significant because it is the first local picture that came out in color – but only when the mythical bird appeared.

Even if the color came out only in some sequences, it was still a tedious process. Every frame was hand-painted and that required a lot of skill and patience from the colorist.

The second film adaptation of Ibong Adarna was also produced by LVN. This was in 1955. It is this production that cemented the love team of Nida Blanca and Nestor de Villa.

Dolphy’s version of Ibong Adarna also has a place in film history if only for the fact that it is the first comedic version of the classic material. Playing Dolphy’s scheming brothers in this movie are Panchito and Babalu. Rosanna Ortiz is cast as Dolphy’s love interest.

It is this Dolphy film that served as inspiration for Jon Red’s latest project, Adarna Gang, which is currently streaming on Vivamax. Adarna Gang, however, is not an out-and-out adaptation of the epic poem. Never mind that the story also uses the names of the Ibong Adarna characters: Fernando, Pedro, Juan, etc.

But just like the other Ibong Adarna movie editions, Adarna Gang is also important as a film - thanks to its relevant content. The story revolves around the wholesale distribution of drugs and how the government is having difficulty solving this societal problem.

Most films that address social ills are often boring. Adarna Gang is different though. The opening salvo featuring the ever reliable Shamaine Centenera-Buencamino is enough to assure viewers that this Jon Red movie is going to be an exciting one.

Adarna Gang casts Ronnie Lazaro as a drug lord who treats his henchmen like family, especially since he and wife Shamaine are childless. In the story, their names are Fernando and Valeriana – just like the king and queen in Ibong Adarna.

There are three men they consider their kids: Mark Anthony Fernandez as Pedro, Diego Loyzaga as Diego, and JC Santos as Juan. They are like siblings to each other even if they are not blood related. Their respective characters behave like those three brothers in Ibong Adarna. You know who is good and who is not.

The story also has its Ibong Adarna - in the person of Coleen Garcia. Yes, she also sings. But unlike in Ibong Adarna where the bird has to be captured alive, Coleen has to be hunted down, preferably dead.

As the drug lord, Lazaro is not depicted like a typical villain with the usual sinister laugh. Even if his drug trade ruins countless lives, it’s difficult to hate him since he can be a loving father and loyal friend. Why, he even gives to charity and has helped improve the lives of a lot of people through his generous acts.

Real-life drug lords are said to be like that. They could be very amiable, kind and charitable. Of course, they could easily give money away since they have a lot of that and don’t even have to sweat for it.

Shamaine Centenera-Buencamino’s Valeriana is affectionate and very motherly. There is even a scene where she is shown peeling green mangoes for the three grown boys. Who would ever suspect that she is the maternal figure of a drug syndicate that destroys the future of so many young people?

But then again, it is said that there are characters like that even among the most notorious criminals. The story of Ibong Adarna is obviously well-researched.

One aspect of Adarna Gang that will make people in government cry “ouch!” shows the inability of the ruling power to stop the drug problem in the country. There is one scene where an official is interviewed about the drug situation in the Philippines, but obviously doesn’t know how to respond to the issue. He ends up blaming media instead. That is one hilarious moment in the film.

Adarna Gang also realistically portrays the involvement of some police authorities in the distribution of drugs in the country. They can tip off drug dealers regarding scheduled raids.

This Jon Red movie actually shows a slice of life in the country. Although in this case, it goes to the underbelly of society.

As a film, Adarna Gang is quite important since it is an exposition of issues that plague this nation. At a time when it is still rom-com that sells, Jon Red should be commended for being different. And yes, for being relevant: Through this film, he opens the viewers’ eyes to real-life situations in this side of the world.

Adarna Gang is also a well-put together film. There is no way it can fail given the fact that it is an assembly of certified Gawad Urian winners  – from Jon Red to some of the cast members: Ronnie Lazaro, Dido de la Paz, Jay Manalo, and Soliman Cruz. The others are perennial Urian nominees – like Shamaine Centenera-Buencamino and even JC

Jon Red made a name initially through short films. He is now a true-blue indie filmmaker. But since Adarna Gang is backed up by Viva Entertainment, the mainstream gloss and the indie grit is well merged in the film. As a result, it becomes a viewer friendly movie with a social conscience, which is difficult to find in local movies.

One is tempted to say that it is almost as rare as the mythical bird Adarna.