The Butcher | Amalia Fuentes may be gone, but she left behind a legacy that will live on till the succeeding generations. 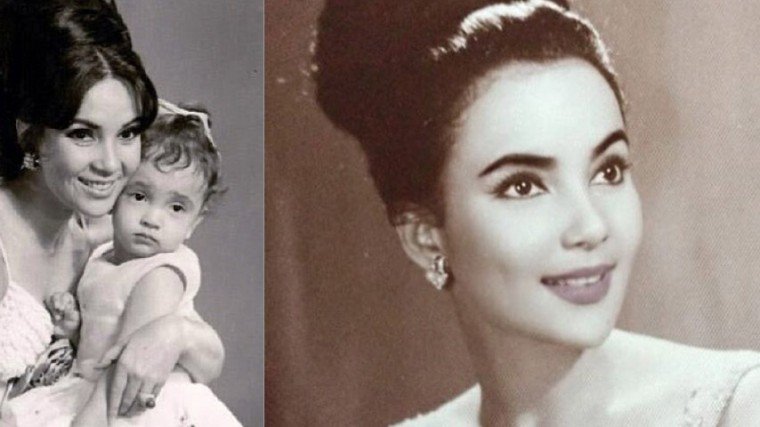 What was most fascinating about Amalia Fuentes was how she managed her earnings from show business. When she became a Sampaguita Pictures contract star at age 15, she was given a P50 weekly salary – plus P500 for every film she made. From Pasay, she promptly moved her family to an P80 a month rented apartment in Valencia St. – just walking distance from the studio gate that then faced the direction of N. Domingo. It didn’t take long before she became a big star who commanded an P8,000 salary per film. The top money then was P10,000, but it was only Gloria Romero who was given that kind of talent fee in those days.

As a movie queen, Amalia Fuentes was admired by many not just for her classic beauty, but also for being so articulate as well even in the king’s language.

What was most fascinating about her, however, was how she managed her earnings from show business.

When she became a Sampaguita Pictures contract star at age 15, she was given a P50 weekly salary – plus P500 for every film she made. From Pasay, she promptly moved her family to an P80 a month rented apartment in Valencia St. – just walking distance from the studio gate that then faced the direction of N. Domingo.

It didn’t take long before she became a big star who commanded an P8,000 salary per film. The top money then was P10,000, but it was only Gloria Romero who was given that kind of talent fee in those days.

With regular income coming from the movies, she felt confident enough to purchase her very first home – on installment basis.

The New Manila area appealed to her, especially since it was close to everything – particularly her place of work. Friend and co-worker Gloria Romero built her house there earlier – on 7th St. near Broadway

When Gloria got married, however, she left that home with her widowed father and siblings and moved in with husband Juancho Gutierrez who got her another house near Balete Drive, also in New Manila. Of course, she went back to 7th St. after she got separated and lives there to this day.

It was the year 1962 when Amalia began scouting the New Manila neighborhood for her possible residence. She eventually found one very near the San Juan border. Closed-off to the rest of New Manila, it was an exclusive subdivision recently developed then by the Ysmaels, the heirs of Dona Magdalena Hemady.

The gated village is called Rollings Hills because the terrain slopes up and down. Pilita Corrales also lived there eventually – until she sold it only a few years ago to the homeowners’ association, which turned her former place into a clubhouse.

The property Amalia chose is on Green Hills St. On that lot she built a concrete and wood structure – in the architectural style typical in those days. A lot of her old neighbors still live there. The Josons of Nueva Ecija remember her as “a very nice girl with no movie star airs.”

On days she didn’t have work, she’d find time to hop over to her neighbor’s house where there was a bahay-kubo as part of the garden setting. She’d swap stories there with young ladies who also lived in that street.

When she needed to cool off during summer, all she had to do was knock at another neighbor’s house that had a swimming pool and she’d take a dip there.

Years after she wed Romeo Vasquez, she decided to turn over the house on Green Hills St. to her mother and built another one down the road.

In the 1980s, she saw a vacant property up for sale on 4th St. (also within the subdivision) and built what was to be her forever home. It is a beautiful Spanish style house of adobe and has graceful arches all over. One thing you can say about Amalia – she has very good taste, especially when it comes to fixing her home.

Aside from New Manila, she also bought properties in Makati – in Dasmarinas Village and in Magallanes. Of course, she also acquired properties in Bicol and, later, even in Pampanga. Amalia apparently worried about inflation (and she was right) and therefore put most of her earnings into real estate, which will always appreciate in value.

And then, she also invested in properties in America. In fact, it was in San Francisco where her adopted son Jeric died only last December.

But for all that wealth, Amalia had this reputation of being frugal – stingy even. I find nothing wrong with that. To me, she was just practical. Everyone knew, for instance, that she always flew economy. Again, there’s nothing wrong there – all the passengers get to their destination at the same time anyway regardless whether they are in business class or economy.

Her former colleagues at the MTRCB, however, remember her fondly for her generosity (yes, you read that right). When she was still with the board, she always treated everyone to fancy restaurants. I think that was the Amalia most people didn’t know.

An old neighbor in Rolling Hills once said: “If she likes you – she will be very sweet and nice to you. But if she happens not to like you, that is a different story.” In the village where she lived more than half her life, she had a mortal enemy. When I moved in the same neighborhood – some 70 gingerly steps from her residence – that enemy of hers also became my most hated person there. He is really annoying and I did understand why Amalia fought with him.

I find it unfortunate that when we finally became neighbors, she already had a stroke and was bed-ridden for a long time. But there was a time when she recovered a bit and was even able to eat out. She also managed to regain her speech, but in monosyllables. In her last months, all she kept saying was “ayaw.”

Long before she had a stroke, she had prepared for her funeral. She bought a bronze casket and from time to time would go to Loyola where it was stored to check if she would still fit in it. When the time came, she was unable to use it – it no longer fit.

It was in that wake in Mt. Carmel where I observed how lucky she was to have Alfonso as her grandchild. And Alyssa, too. (Alyanna is in the US and was unable to fly home for the funeral.) Those two grandchildren were in charge and did a wonderful job of giving their beloved grandmother a wake fit for a movie queen. Yes, it was simple, but definitely elegant.

Days before Amalia died, Alyssa was already on pins and needles – preparing for her wedding that is to take place in Canada on the 16th of this month. This was the reason why the wake was held only for three nights. Alyssa, in fact, flew to Canada only hours after the internment at the Loyola Memorial Park in Marikina.

As for Albert Martinez, recent developments prove that he is not the awful son-in-law some people perceive him to be. A person’s true character usually manifests during periods of crises. In the last several days – especially during the preparation for the wake – Amalia would have loved Albert to bits.

Amalia Fuentes may be gone, but she left behind a legacy that will live on till the succeeding generations. For one, it was she who planted the Muhlach seeds in local show business.

We have a great actor in Aga Muhlach and a legendary child superstar in Niño Muhlach. Those two names are already part of Philippine movie history. Recently, there was also a Muhlach beauty queen – Alyssa Muhlach Alvarez, the daughter of Almira Muhlach and Bong Alvarez.

And given how some Muhlach men have this tendency to sow wild oats, there should be more Muhlach talents gracing film and television in the future. All of them would have to look back and remember the one person who started it all for them – that fascinating woman movie fans called Amalia Fuentes.

The Butcher | Should Martin del Rosario be apprehended for violating anti-smoking law?