The Butcher | Goodbye to the great architect of style and beauty 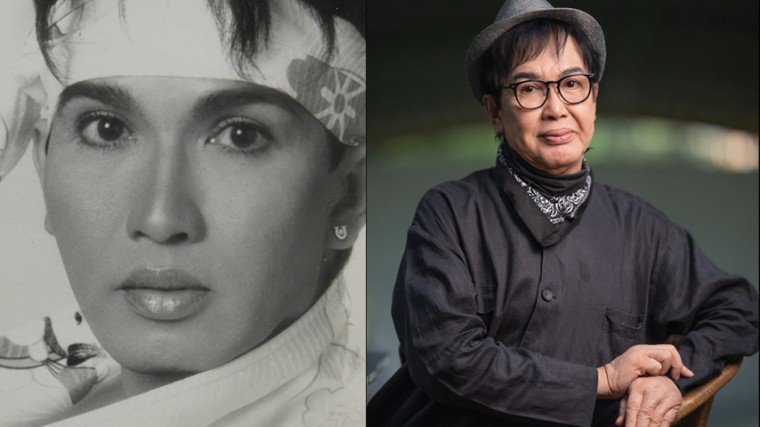 The beauty industry will have a difficult time finding another artist as talented as Fanny. He had great skill at styling and dressing up women. In his lifetime, Fanny Serrano was a true architect of beauty.

For a major style icon, beauty salon owner and hair expert, Fanny Serrano didn’t cut hair. He tried to learn, but didn’t have the aptitude for it. He experimented once and cut Lorna Tolentino’s hair. That whole episode ended with the actress refusing to talk to him until her hair grew back.

But Lorna loved him and eventually trusted him again with her looks because he became her go-to person every time she had to attend an awards presentation and other social events. Apparently, Fanny had other exceptional talents and skills.

During the 1987 FAMAS night at the then Westin Philippine Plaza hotel, there was a special prize for best hairstyle among women. The late Madame Auring, another beauty salon owner, showed up with battery-operated Christmas lights in her neatly-coiffed hair. She was obviously expecting to win because her face fell when another name was announced as winner.

The prize for best hairstyle actually went to Lorna Tolentino who sported a simple bun that matched her short black dress. The look was created for her by,  you guessed it, Fanny Serrano, who really knew how to style women.

Today’s generation identifies him closely with Lorna Tolentino and Sharon Cuneta. But he had been around longer than that. As early as the mid-1970s, he had been providing home services to Amalia Fuentes at her Rolling Hills Village home in New Manila, Quezon City.

But it was Celia Rodriguez who first appreciated his talent among the actresses in show business. This was in the 1970s when turbans were fashionable among women. Celia wore a lot of that – mostly fashioned by Fanny.

In the 1980s, he created the Doña Buding look for Nanette Inventor in the weekly variety program Penthouse Live on GMA. Nobody probably remembers this anymore, but it was Nanette who made him a household name because she thanked him every week in the show.

Almost 80% of the big names in local showbiz were styled by him. But he was quite strict with them. Every time William Martinez had to be styled (yes, he did men, too), the two would often fight because the actor always showed up at Fanny’s salon straight from a location shoot without sleep.

With eye bags as huge as the dome that is the Araneta Coliseum, Fanny would flatly refuse to work on him. William would first be made to rest on a reclining chair – with slices of cucumber on both eyes. Yes, Fanny swore by that trick.

He was at his best doing makeup. And he was one of the finest in the business. Charo Santos will attest to that.

In time, Fanny also discovered that he had a knack for designing clothes. He was the one who made Vilma Santos’ bridal gown when she wed Ralph Recto at  Lipa City’s San Sebastian Cathedral on the afternoon of December 11, 1992. Six months before that, he supervised completely Lorna’s over-all look when she and Rudy Fernandez had their church wedding at the Villa Escudero in Tiaong, Quezon.

Fanny was multi-faceted. Aside from doing makeup and creating hairstyles and clothes, he had the knack for performing. When he was a lot younger, he was part of the Paper Dolls, a group of impersonators that made the rounds of watering holes in Manila.

He eventually tried TV acting and some cameo film roles. In 1990, Maricel Drama Special featured as guest performers a couple of hairdressers and makeup artists and made them do drama. They chose those close to Maricel Soriano’s heart. Fanny was one of them. In the reviews, however, it was James Cooper who was hailed as the best performer because of his relaxed acting style.

But Fanny more than made up for that. When indie films came into the scene, he did a few and got an Urian nomination for Tarima. The story is about a gay person (Fanny) who falls in love with an inmate, played by Rocky Salumbides, who was, in turn, nominated in the best supporting actor category for the same movie.

Fanny may have lost to Sid Lucero in Muli, but, hey, he really fought it out with his fellow contenders. The list of nominees consists of some of the finest actors in Philippine cinema: John Arcilla, Ronnie Lazaro, Coco Martin, Pen Medina, Joel Torre, Perry Dizon and Sam Milby, who was guided carefully in this film by the project’s creative team.

Fanny’s sensitivity as an actor must have stemmed from his humble beginnings. He had a hard life growing up in Singalong in Manila. His father, for one, was unable to accept his sexuality. It is said that till the end, father and son never found forgiveness in their hearts.

Aside from being scorned by society for being gay (people were hopelessly politically-incorrect during his growing up years), he also had to battle poverty. He had to find a source of income at an early age.

At the Aure’s salon in Paco, he worked as a parlor assistant – initially as a floor sweeper. Yes, except maybe for Celeste Tuviera of Symmetria who had Eat Bulaga boss (Tony Tuviera) for a father, all successful hair stylists in the country began as “taga-walis ng buhok.”

Naturally artistic, he became an apprentice until salon owners decided to entrust him with the hairstyle and makeup of regular clients. But it was Niño Muhlach’s dad, Alex, who gave him his first major financial backing.

As a salon owner, he was able to train some of the big names in the hair industry today. Bhoy Navarette (Rodrigo Mondonedo in real life) was among them. Bhoy was able to put up his own beauty shop along Aurora Boulevard. It is still there - doing well again now that business establishments have been given by the government more freedom to operate.

As for Fanny, he moved from location to location – starting from the Muhlach-owned El Nino Apartelle. In Greenhills, he had a shop along Annapolis Street and, later, in nearby Connecticut.

For a long time, he had his salon along Scout Madriñan (near the Belo Medical Clinic) – on a property formerly owned by good friend Sharon, who saw through his needs till the very end.

Unfortunately, Fanny had to close that shop when the lot was eventually sold to a real estate developer.

If there was anything Fanny lacked when it came to business, it was the fact that he didn’t have a knack for real estate. All the time he was a salon owner, he merely rented and, surely, that ate up a lot of his operational expenses.

Sharon, at least, bless her, was generous with him. If reports were true, he stayed at his Scout Madrinan location practically for free, courtesy of the megastar.

Another problem that always hounded Fanny was his health. In 2000, he had been cut open because of heart problems.

Fanny had a massive stroke more than a year ago and was never able to recover. Fanny Serrano – or Felix Fausto, Jr. in real life – finally said goodbye last May10 at age 74.

The beauty industry will have a difficult time finding another artist as talented as Fanny. He had great skill at styling and dressing up women.

In his lifetime, Fanny Serrano was a true architect of beauty.

The Butcher | For ma-jo-ha's sake, let's choose the right leaders this time