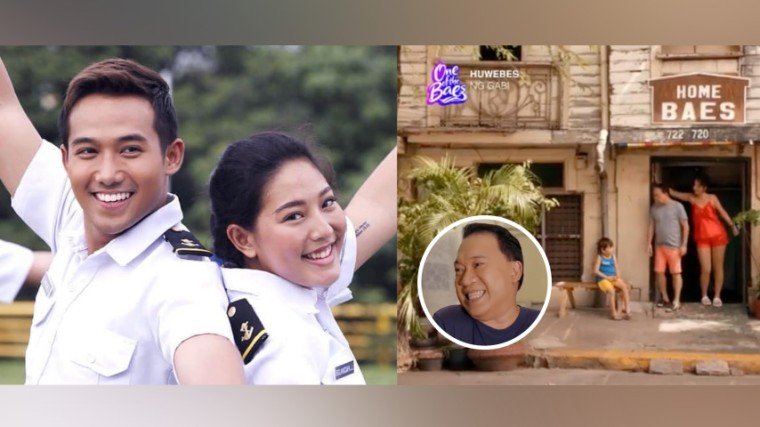 Until the very late 1970s, all local television shows were done within the confines of a studio, including drama presentations. When Hilda Koronel, for instance, did the TV version of the now iconic Insiang in 1974, she finished the entire episode under the controlled air-conditioned comfort of her Channel 9 studio (the present site of ABS-CBN). Never mind if the setting of the plot was supposedly in a depressed area. All production had to do was build a set that looked like a shanty and they were set to go.

Of course, when Insiang was turned into a film two years later, she had no choice but to go outdoors – in the very bowels of the slums of Tondo.

But all those years she did the drama series Hilda, she always stayed inside a comfortable studio – complete with a dressing room that had its own bathroom.

Gulong ng Palad, Ilaw ng Tahanan (with Perla Bautista) and the first few years of Flor de Luna – all those were shot under a studio roof.

The set-up started to change, however, around 1980. In those days, Channel 7 only had two studios that Orly Mercado once jokingly described as “the small and the smaller.”

Around October of that year, Helen Vela decided to do a weekly TV version of her successful radio series, Lovingly Yours, Helen, for Channel 7. Unfortunately for her, Julie Vega had her Anna Liza program, which used both studios practically every day since it was a daily soap.

Helen was left with no choice, but to shoot outside using an OB van. (OB stands for Outside Broadcast.) Although shooting on location proved to be more expensive, her program nevertheless attracted more viewers because it was like watching a movie – with real houses, trees and everything the outdoors could provide. Helen’s show was a top-rater until her death in 1992.

Today, even a comedy show like Pepito Manaloto is done on location. Why, even the anchors of Unang Hirit are sometimes sent out to the gazebo to do the newscast.

On primetime, one of GMA’s most successful shows is One of the Baes. Its story revolves around maritime students, led by Rita Daniela and Ken Chan.

Until recently, its principal photography was done in an old residence that has  obviously seen better times. In the story, it is owned by the character played Roderick Paulate.

One would think that the house is located in some small town in the province. This may surprise you, but the house is actually situated in the heart of Sampaloc, Manila – a good five-minute walk to UST along Espana.

The name of its street is Extremadura. It is part of the Sulucan estate that extends all the way to the UST campus, which – if we are to believe reports – now has a total real estate value of more than one trillion pesos.

Since Sulucan estate’s main artery is Espana, it was just fitting that the streets annexed to it were named after Mother Spain’s regions and provinces: Cataluna, Algecirias, Valencia, Aragon, Navarra and, yes, Extremadura.

Extremadura is a region near the border of Portugal. Sampaloc’s Calle Extremadura (that was how it was called in the old days) looks like a relatively quiet small town road in the GMA series. But in reality, it is a perpetually busy street – more so during the week leading to All Saints’ Day when all of Metro Manila take it as an alternative route to reach the flowers stalls in Dangwa.

Extremadura is actually one of the few Sampaloc streets that still has a concentration of old houses that date back to the 1920s. Most of these homes still carry the Antillean architectural design that was very fashionable in those days.

The descendants of the original owners of those old residences still live there: the Faduls, the Virays, the Dizons, the Mercados, the Romeros and the Brotonels.

The most fashionable house in that street stood in the corner. It had huge concrete balustrades and wide narra floors. Previously owned by the Calixtos, it now serves as the Florida bus terminal.

The residence used in One of the Baes is of 1930s vintage. In the story, Roderick Paulate – as the owner of the house - makes a living by renting out rooms to maritime students. In real life, however, its owner is another Roderick – of the Brotonel family.

That house may now be covered in grime, but it was truly a beautiful and elegant home back in the day. The Brotonels were considered well-off by their neighbors. Until about half a century ago, that family still maintained a jewelry shop in the ground floor – when Manila was a much safer place.

In time, the house became a dormitory – yes, very much like in the story of One of the Baes. The dormitory business, however, was stopped recently when networks started to rent the house for shoots.

The ABS-CBN production people were among the first to utilize that house. They borrowed it as setting for an Arjo Atayde project called Tisoy that was shown in one of the network’s platforms.

In the case of One of the Baes, this GMA show rented the house for several months. This practically turned the world upside down for the people in Extremadura. Since tapings were conducted about twice of thrice a week – sometimes in the most ungodly of hours – the residents there were hardly left in peace. For one, people couldn’t get in or out of their respective driveways since the vehicles of the on-cam talents and the service crew blocked the gates of most homes.

There were also times when the production crew would set up at 2 a.m. when residents were still sound asleep. On some instances, daytime had to be simulated through very harsh lights that kept some neighbors awake at night.

But for all that inconvenience, no one among the neighbors complained. It helped that the GMA production crew was very polite and constantly apologetic. The owner of the house is also well-loved by the neighbors. He gives back by sweeping the street voluntarily and does everything to make Extremadura neat and tidy.

And the best part of those shoots is that the residents get to see movie and TV personalities walking around the neighborhood and blending in with the residents.

By now, all the fans in the area already have more than their share of selfies with the cast members of One of the Baes. It’s just too bad GMA has already stopped the shoots there because the series is about to end.

These days, life is back to normal in Extremadura. The only excitement there usually happens in the morning – when Manila City Hall’s clamping team swoops down on all illegally parked vehicles in the area.

But otherwise, motorists can now freely maneuver their cars since the vans of GMA are no longer there to block driveways. Extremadura residents also get to sleep more peacefully at night – at long last.

But how they miss Ken Chan and Rita Daniela – even if she would sometimes cover her face with a towel when she is not in the mood to face oglers.

Oh, what sacrifices they’re willing to go through if only to be in the company of the Baes once again.

The Butcher | Franchise or no franchise, ABS-CBN will survive

The Butcher | What ails Culion