The Butcher | Is Catriona Gray the new Susan Calo-Medina? 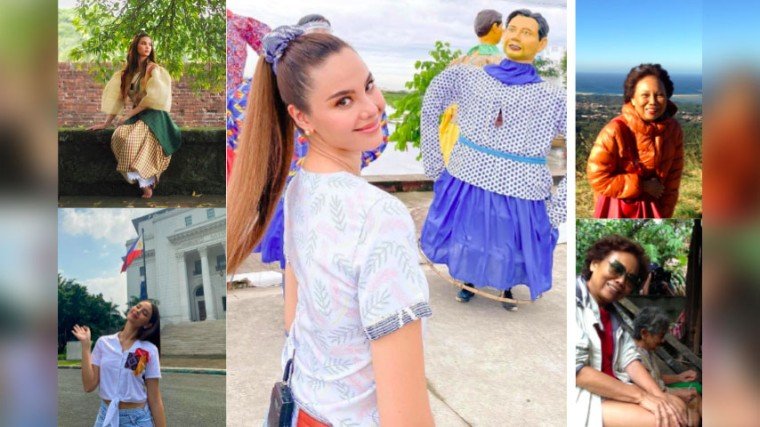 The late Susan Calo-Medina will always be acknowledged as the original dame of arts and culture on TV – thanks to her iconic Travel Time program. But there had already been a lot of changes since the days of Travel Time, which aired on television for more than two decades.

When Travel Time, for instance, began airing during the post-EDSA I years, Philippine television was going through a golden age. Today, television is close to dying. And it’s been a while since we last had a program that actually feeds the soul.

Thankfully, there is now an arts and culture show done almost close to the tradition set by Travel Time – although not exactly aired on TV. Like most other entertainment fare these days, it is accessible online.

Produced by the National Commission on Culture and the Arts (NCCA), this show is called Kultura 101 With Cat. Cat is Miss Universe 2018 Catriona Gray, who had been for quite a while an NCCA arts ambassador.

Kultura 101 may be said to be a descendant of Travel Time if only for the fact that it is also written by multi-Palanca winner Floy Quintos, the genius who wrote the intricately-woven scripts for Susan Calo-Medina’s program. But even Floy’s attack on the material has to be different in this time and age: For a two-part edition, the show has Catriona performing challenges all throughout the program.

The creators of Kultura 101 may not even like the idea of their host doing challenges in the show. But that is being done most likely to pander to the taste of today’s TikTok generation. Yes, everything has to be about them because they are the present day’s ruling market.

Given the millennial’s short attention span, the script of Kultura 101 has to be lighter than those rich and solid materials written by Floy Quintos for Travel Time, which was done documentary style. If Kultura 101 were a bolt of textile, it would only have so much thread count compared to the brocade fabric of Travel Time.

The audience of today may not even appreciate the remarkable hosting skills of Susan Calo-Medina. A former Assumption Convent nun, Susan spent quite a number of years doing lead parts for Repertory Philippines. This must have been one of the reasons why her enunciation was almost perfect.

What today’s youngsters need is a famous pop culture personality which Catriona Gray certainly is. She is the perfect host for this type of show. She attracts the young, while successfully delivering the show’s message, which is basically an appeal to all Filipinos to appreciate our own heritage.

It is also to the credit of the NCCA people that they are able to put up a show like Kultura 101 in this pandemic age. The program somehow managed to motor to Angono, Rizal, which must have already been quite an effort given the limited movement of the population.

It was but fitting that Kultura 101 visited Angono because it is recognized as the art capital of the Philippines. Some of the greatest artists came from there: Carilos “Botong” Francisco, Lucio San Pedro and so many other talented individuals in various fields pertaining to art.

So what did Catriona do in Angono? This was where she was made to do different challenges – like doing a painting in 10 minutes (using Botong’s easel – how enviable!), frying an itik (the native duck) and being dared to eat balut (duck egg), which she had never tried in her life. This last one I find ridiculous.

There are so many ways to appreciate Filipino culture other than eating balut. I personally like balut and recently developed a taste for the abnoy variety. But everything is a matter of personal taste. You are not any less of a Pinoy if you don’t like balut.

You have to hand it to Catriona, however. She was ready to gobble up the balut that was given to her, except that it was the organizers who copped out: They gave her a boiled egg instead.

Oh, Catriona. She is a delight in everything she does. She is forever cheerful and genuinely humble. You know it’s not a put on when she showers everyone around her with respect and kindness. And in spite of her stature as an international beauty queen, she is so unaffected in her ways.

Need I say she is beautiful? There is one Kultura 101 edition though where she looks exceptionally divine. This is in the episode entitled “Ternong-terno,” which is about the evolution of the Filipino attire.

With the help of artist and historian Rommel Serrano, the program shows the various transformations of the sleeves of the Filipina dress – until it became what is now called the butterfly sleeves that, sadly, was identified with Imelda Marcos. Catriona gamely models all the clothes and accessories and she is at her loveliest in those Philippine dresses. Barbie, you can go back to your box and retire. To the attic you go.

While being dolled up, Catriona wastes no time and asks Serrano truly intelligent questions that are also on the mind of most viewers. She asks, for instance, why a handkerchief is tucked in a woman’s waist. The answer: Women’s clothes then didn’t have pockets.

As a host, she is always curious. She is never afraid to ask. This is one trait of a good host – somebody who is not know-it-all.

As for her Tagalog, she has become more fluent compared to her Miss Universe days. And with her very sweet and melodious voice, the national language had never sounded better.

There is just something odd though with the way she pronounces some English words. Heirloom, for example, is correctly said without pronouncing the H. But she does.

Mural to her is “moo-ral” instead of “myur-al,” which is generally the accepted way of pronouncing the word. Is that how they say mural in Australia, where she spent the early years of her life?

I’ve been to Australia only once and that was only for three days. I never had the chance to converse with a lot of Aussies and the subject of heirloom and mural surely never came up in those few exchanges.

A check with google revealed that there are so many ways to pronounce those two words. Maybe that’s how they say heirloom and mural in her part of Australia. I don’t know.

What I know is that she is proving to be one of the most effective arts and culture program hosts in the Philippine entertainment landscape. Catriona is a cat above the rest.

Oops, that’s, of course, supposed to be cut.

But then, again, who knows? Maybe that’s acceptable in another part of the world. The universe, rather.

The Butcher | Vilma back in National Artist race. What about Nora?

The Butcher | Should the public still believe in entertainment awards?