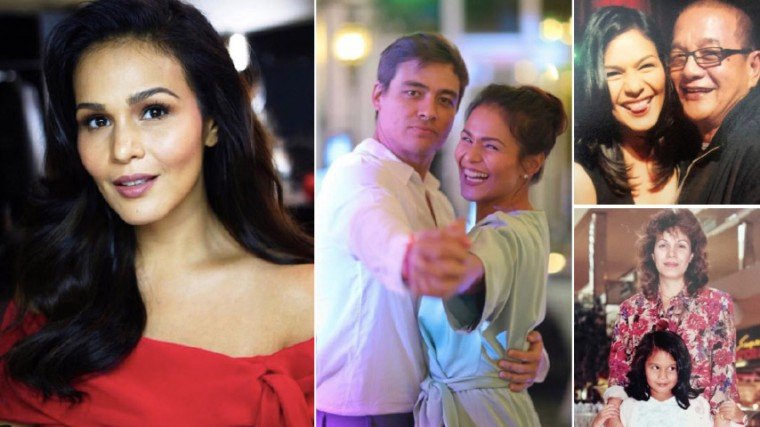 People who know her were surprised that she became part of the increasing number of COVID-19 victims.  For the longest time, she was fit and healthy. Since she joined show business more than a decade ago, she had practically turned her visits to Gold’s gym as part of her faith and religion. She would either be among the first one there in the morning or the last to leave when the fitness center closed at midnight.

Iza Calzado, who initially tested positive for COVID-19, is now coronavirus free – thank God Almighty! She only has a little cough (no more fever) and as of this writing is ready to be discharged any day soon from the hospital (somewhere in the south of the metropolis).

Some two weeks ago, she had pneumonia and started to experience some of the coronavirus symptoms that we hear about in the news. It all began with a sore throat, then fever – until her body joints ached all over.

In time, she had difficulty breathing and that was when she was brought to the hospital for confinement.

People who know her were surprised that she became part of the increasing number of COVID-19 victims.  For the longest time, she was fit and healthy.

Since she joined show business more than a decade ago, she had practically turned her visits to Gold’s gym as part of her faith and religion. She would either be among the first one there in the morning or the last to leave when the fitness center closed at midnight.

One time, she arrived at the now-defunct Gold’s gym branch in Robinson’s Galleria shortly before 11 p.m. She immediately hit the treadmill. After a whole hour of good sweat, she showered and proceeded to her 1 a.m. shoot at the Parks and Wildlife in Quezon City.

All those years she spent slaving it out at the gym obviously boosted her stamina. Surely, this must be one of the reasons why she recovered easily after getting the proper care and treatment.

But how she was hit by this deadly virus in the first place is a mystery to a lot of friends who know her to be a workout freak. I am guessing that this was due to the fact that she has this tendency to starve herself.

Yes, Iza had always been the type to go on a restrictive diet, especially when she has an upcoming project that requires her to be in really good shape. (She was in the middle of an ABS-CBN soap prior to the lock-down.)

After a rigorous workout, she would often try to simply subsist on a small piece of energy bar – probably afraid that all those calories she burned would come crawling back if she took a hearty meal. Sadly, the body constitution weakens when a person goes on an extreme diet.

Iza can’t exactly be blamed for being vigilant about her figure. That is required of her as an actress. It should also be mentioned that weight gain had always haunted her since childhood.

I first met Iza at the Coconut Palace grounds on April 4, 1994. This was at the wedding reception of TV director Arnel Natividad and GMA executive producer Mildred Solidum. She was 11 years old then – very pretty, but undeniably chubby.

Iza was with her father Lito that time. We sat in a table along with director Al Quinn and TV producer Tessie Howard. Before the meal could start, Lito got a call on his mobile phone – yes, the heavy one that was typical in those days. In tears, he stood up from the table and headed for the exit.

With the composure of Queen Elizabeth II, Iza trailed her father. On her way out, we asked her what happened to her Dad. Very calmly, she said: “Ewan ko d’un. Namatay daw ‘yung nanay.”

It was a tragicomedy after that. We all went to Funeraria Paz that evening armed with condolences and sympathies – only to discover that Lito’s mother was still alive. She died only the following day.

The now US-based Al Quinn may no longer remember this incident, but I do. And I will certainly never forget that kid who innocently and unintentionally dispensed fake news decades before it was made fashionable by Mocha Uson.

The next time I saw Iza was in 2002. She was already a grown woman by then – tall, lovely and shapely.  Every trace of baby fat was gone.

It was only much later that she would share the story behind all that chubbiness - a result of childhood depression that drove her into an eating frenzy.

Christened Maria Izadora, she must have been named after the great dancer Isadora Duncan. This wasn’t surprising since her father, Lito Calzado, was a popular dancer and choreographer starting in the 1960s. Her mother, Mary Ann Ussher, was a very pretty mestiza of Irish-Castilian descent.

As a child, Iza had to deal with the sad fact that her mother had a serious mental condition. She suffered not just from the stigma of having a parent who was mentally unstable. At home, she always had to adjust to the mood swings of her mom and that certainly was not easy for a child.

What was truly unsettling for the household was her mother’s constant attempt to end it all. Yes, there was always this worry that one day, she may just wake up to find her mother gone.

In 2001, the family’s biggest fear finally happened: Her mother, after an unsuccessful treatment in America, just snapped and took her own life. It was a nightmare for Iza who was there to witness the aftermath - plus all of the grim details of her mother’s suicide.

Iza’s youth, fortunately, wasn’t exactly totally devoid of joy. Her mother – during stable moments – was very loving toward her and her older brother. (A younger sibling died at infancy.)

And then there was her father, who had a zest for life. I was deeply fond of Lito and I still miss him to this day. Of course, he was no saint. After reaching his peak as a dancer (he had grown a paunch by then), he put up a dance studio at the Estuar Building in Quezon Avenue and started sending talents to Japan.

Exposed to all that temptation, he surely succumbed – and how. Oh, all that drama – and the ensuing scandal. Once, in a fit of jealousy, a current inamorata – in full public view - chased him out of the building with a kitchen knife.

But trust Iza’s in-born good nature to be understanding of her father’s indiscretions. For all his faults, she loved him to bits. Lito doted on this daughter as well. He was a very good and supportive parent to her. When Iza won her first acting award – an Urian – Lito must have shed a gallon of tears watching his daughter deliver her acceptance speech.

It must also take a loving person like Iza to be able to extend love and kindness to his father’s succeeding partners in life. There was never any resentment in her heart toward them. In fact, she only had genuine affection for stepmother 1 – and, later, 2.

Tragically, those two stepmothers – maternal figures she truly cared for – both died of cancer. A huge part of Iza died with those deaths. She loved the two women so much that she even included them among the people she thanked after her Urian win.

The biggest blow came when Lito died of liver cancer in 2011. Iza was so distraught that during my heart-to-heart interview with her, she couldn’t even cry.

But for all the tragedies that happened to her, Iza – to the delight of her co-workers – always had an enviable sweet disposition toward her work and, seemingly, life in general. She remains a kind soul in this most wicked of professions.

She was never one to complain. In another interview with her, I noticed her uneasiness. No, it wasn’t the questions I asked, but the strong electric current in her lapel mike that bothered her. When I stopped the interview – because I eventually felt the electric discharge myself – we found out that she already had a fresh blister on her skin. She endured all that pain without complaining.

December of 2018, Iza settled down with her husband Ben Wintle. Everybody was happy for her. At long last, our beloved Iza was going to have a taste of complete happiness.

And then this pandemic happened and she became one of the victims. Mercifully, she is now feeling better – testing negative for coronavirus this time around.

Let us all pray for Iza’s full recovery – and for all the others afflicted with COVID-19, as well.

Please, God, heal this good woman completely and allow her this time to finally savor a genuinely happy life on earth – a life unhampered by worries and tragedies.

The Butcher | “Love Handles” in the Time of Coronavirus

The Butcher | No work, no pay: What will happen to entertainment people?

The Butcher | No reason for celebs to still be homeless