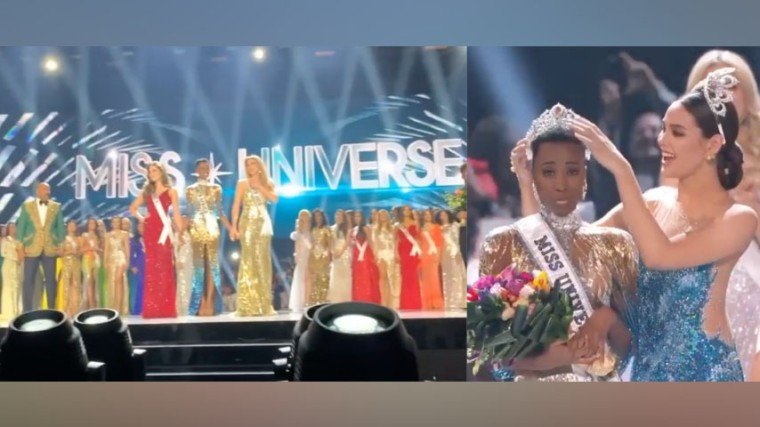 Zozibini Tunzi surely wasn’t the fairest in her Miss Universe batch (she’s beautiful, but in an unconventional way because of her cropped hair). But she clearly was the most eloquent one. Miss Universe has obviously ceased to be beauty pageant. It is now more of a personality search.

There had been several changes in international beauty pageants in the last few years – beginning with the schedules of the various beauty congresses.

In its first four decades, for example, Miss Universe used to be held in July – at the peak of summer in America. By the early 1990s, however, it had moved up to May.

But starting in 2014, it had been coinciding with the holiday season – although when it was held here in Manila the last time (2017), that was already in January.

Unfortunately for this pageant, times are really getting hard and it seems like very few cities are interested in hosting it. The Summer Olympics may also suffer the same fate very soon, in fact.

Aside from the now movable pageant schedule, Miss Universe also underwent a drastic format change in the selection of the semi-finalists. Lately, for instance, the judges had been going from continent to continent – choosing the five best from each region (Africa & Asia, Europe and the Americas) – plus five wild cards to complete the Top 20. Maybe this was done so that the Latinas do not dominate the competition year after year.

But the biggest change seems to be in the type of girl favored to win by the organizers. Beauty pageants today can no longer be derogatorily called “cattle shows.” (Interestingly enough, the surname of the Philippine bet to the most recent Miss Universe contest is Ganados, which means cattle in Spanish.)

The scenario today is totally different compared to the early 1970s when Western women were burning their bras at the height of the women’s liberation movement.

Here in the Philippines, the female population was more conservative – although we were not lacking in women activists. While the Binibining Pilipinas contest was being staged in 1972, for instance, a group of women gathered outside the Araneta Coliseum to protest the supposed “exploitation of women.”

The women protesters could have been ignored if it weren’t for the fact that among them was Gemma Cruz Araneta, the country’s first international beauty titlist. Although she tried to hide her face by covering it with a placard, her towering height of almost 6 feet still gave her away.

Ironically enough, parading in swimwear inside the Araneta Coliseum that time were at least three contestants who eventually became very accomplished women in their respective fields: Yogi Dominguez who later became one of the hosts of a very feminist award-winning magazine show, Ms.Ellaneous; Dr. Grace Javier Alfonso, who served as chairman of the Manunuri ng Pelikulang Pilipino many times over and currently sits as Chancellor of the UP Open University, and Wanda Teo who was appointed tourism secretary until some of her siblings (the Tulfos) got embroiled in that P60-M ad placement scandal.

Almost 50 years later, those women protesters probably would have nothing to complain about beauty pageants anymore. Sure, the beauty delegates are still made to strut in their two-piece swimsuits.

But having a nice body in this day and age had already become a science that entails a lot of sacrifice and dedication. Basically, it’s all about being fit and maintaining a healthy lifestyle.

All those sexual undertones attached to the swimsuit competition had also become a thing of the past because the physique of most of the contestants are even more toned and muscular than a lot of men in the fitness world. Even in skimpy attire, the delegates actually look more healthy than sexy – what with those hard to achieve six-pack abs.

The washboard abs of the reigning Miss USA (a lawyer, by the way), for instance, could have emasculated Arnold Schwarzenegger in his prime as Mr. Universe.

Last year, Miss America even stirred a controversy when it announced that it was taking out the swimsuit portion as part of the competition. The 2019 Miss Universe competition, meanwhile, had a shorter swimsuit segment.

Miss Universe instead had the girls mostly talking and this obviously was how eventual winner Zozibini Tunzi of South Africa managed to edge out her competitors.

During the time of Margie Moran in 1973, the job of the Miss Universe was mostly to crown winners of less prestigious pageants – like a Miss Pumpkin in some South American country. And yes, she also had a stint in the musical comedy show of Cher whom she found “masungit” (the word she used for the Hollywood icon).

Today, a Miss Universe candidate has to have her own platform. In the case of Catriona Gray, she already had her own charitable organization (Young Focus) already in place and functioning way before she joined the pageant. That clearly showed how sincere she was with her advocacy to help those in need -the youngsters of Tondo, in this case.

Given the fact that a Miss Universe has to push for an advocacy, it is important for the title-holder to be able to speak well and be understood by the majority of the people in the world. The Latina delegates therefore may have to learn English and speak it fluently if they want to reinstate their supremacy in Miss Universe. (Going back to Margie, the writers of Cher thought that the Miss Universe from the Philippines spoke pidgin English, not knowing that she was way more than proficient in the King’s language and even spoke Spanish. They therefore had to rewrite her part in the skit.)

Zozibini Tunzi surely wasn’t the fairest in her Miss Universe batch (she’s beautiful, but in an unconventional way because of her cropped hair). But she clearly was the most eloquent one. Miss Universe has obviously ceased to be beauty pageant. It is now more of a personality search.

In the case of Miss World, there were so many drop-dead gorgeous contestants in its latest edition. However, they chose to crown the most talented one, Jamaican Toni-Ann Singh.

Ms. Singh is a Whitney Houston in the making. She could be used in benefit concert after benefit concert. The new Miss World will not just wave to the crowd. She will sing – and how.

Times are really changing. I don’t see this happening in this lifetime, but the day may come when it is the men who will cry “exploitation!”

The Butcher | The Tulfo syndrome

The Butcher | CELEBRITY COOKS Part 2: Mirror, mirror on the stove, who is the best cook of all?

The Butcher | CELEBRITY COOKS Part 1: Mirror, mirror on the stove, who is the best cook of all?