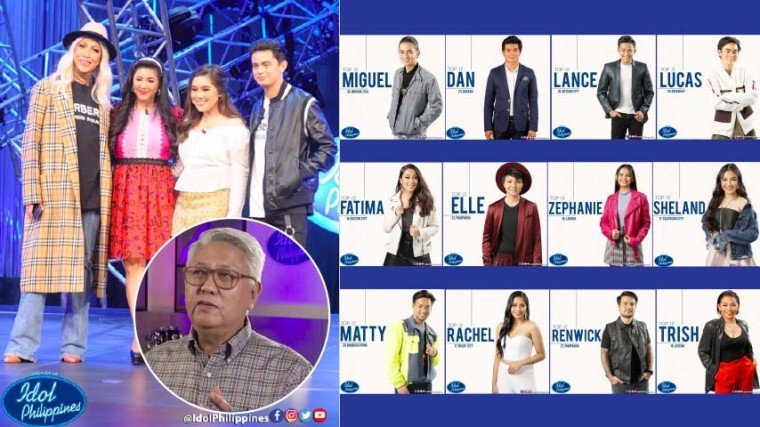 “Kay Ganda ng Ating Musika” is a sacred song. It was composed and designed by Ryan Cayabyab to win in the 1978 Metro Manila Popular Music Festival (Metropop) – and it did.

The song has a certain grandness to it and it was just fitting that it became the very first Metropop grand prize winner, especially since its message was about music.

That first edition of the Metropop (it ran until 1985) was the most exciting and had the best entries.

Even losing entry “Anak” created a major dent in the music industry and made its composer and interpreter Freddie Aguilar a household name.

But while “Anak” soared to international heights (translated in different languages), “Kay Ganda ng Ating Musika” was put on a pedestal and practically just stayed put there. It became so iconic that it was used only for special occasions – like big musical events.

I can’t imagine it as a choice of song for tipsy habitues of videoke bars. Kay Ganda involves big movements and is lacking the now all-important “hugot” lines required of most songs these days.

But all that may change after a round of eliminations in ABS-CBN’s Idol Philippines.

Chosen to mentor the Top 12 finalists was Ryan Cayabyab. Through this edition of Idol Philippines, today’s generation will have an idea why he was declared National Artist for Music. Aside from his musical genius, he is never afraid to experiment. As a mentor, he also gave everyone artistic freedom, which only shows what a true artist he really is.

Since all the Idol Philippines contestants are young, he felt it was best for these hopefuls to interpret his classic songs in contemporary fashion. The most revolutionary was that of “Kay Ganda ng Ating Music,” which was performed by finalist Lance Busa. It was a very fast and swinging interpretation. I never thought it could happen, but there it was – being rocked by Lance and it was wonderful.

Although Idol judge Regine Velasquez may have pointed out quite accurately the fact that Lance’s singing was – and we quote: “hindi masyadong malinis,” it was clear that she enjoyed his performance.

Lance was the first to perform during that round of elimination and here’s my assessment of the performances of the other contestants:

Trish Bonilla – She sang “Kailan,” a song with a nice, flirtatious melody, but borders on being a one-note samba. Thankfully, Trish is an extremely talented singer and was able to give “Kailan” various dimensions, especially toward the end when she totally jazzed it up. That night of the elimination, I knew she was going to stay on because she was already a complete package by then – hair, makeup, attire and even stance. She was ready to conquer the concert stage that evening – the world concert stage even.

Sheland Faelnar – She is only 17 and even looks younger than that. But there is already maturity in her performance. Singing her chosen song, “Tunay na Ligaya,” she was sexy, alluring and seductive and could give Sitti a run for her money.

Dan Ombao – He should be the easiest to package – win or lose – because of his matinee idol looks. Singing “Tuwing Umuulan,” he accompanied himself on the guitar. Now, this additional musical talent may be a gift, but it could hamper his performance in the long run because it constricts his movements. His physical appearance – good-looking as he already is – however, can still stand a little more polishing. A trip to the dermatologist is a must. Perhaps he should also alter his looks a bit so that people don’t mistake him for a singing Ian Cruz, the GMA news reporter.

Elle Ocampo – “Paraisong Parisukat” was an Alma Moreno blockbuster hit that was remade by Jose Javier Reyes early in the millennium and starred Joyce Jimenez. Despite the film’s socio-political message about oppression in the workplace, it is forgettable. The theme song though is not and remains a classic. This was the song chosen by Elle in spite of the fact that it does not suit her style and look. Singing this song, she sounded repressed and seemed like she was suffering from a bad case of constipation. But what saved the day for her is the beauty of this musical piece and, yes, her beautiful vocal prowess. Somehow, she owned it and gave it her own flavor. I still think she has one of the best vocals in the group.

Lucas Garcia – The song he chose, “Sometime, Somewhere,” is career suicide for any singer. It’s just several notches less complicated than “Mutya ng Pasig.” But this kind of courage and ambition – coupled with hard work and dedication -is what will make him a musical superstar. Lucas to me was the big winner that night (he was the most prepared) and I bet he will be big – given the right packaging – after his Idol Philippines stint.

Fatima Louise – Ryan Cayabyab must have been at his most creative when he composed “Limang Dipang Tao.” It is a very beautiful song with really fantastic melody and brilliantly-written lyrics.  But the song is also difficult to sing and to Fatima’s credit, she gave justice to this very challenging musical piece. She made it bouncy and playful and totally entertaining.

Renwick Benito – He must be the oldest in this batch at 27. He sang “Araw-Gabi,” a song that could sound boring when performed by a less talented singer. But Renwick is undoubtedly gifted with exceptional vocals and gave a good performance that round of eliminations. However, I still like Nonoy Zuniga’s version of “Araw-Gabi” better.

Zephanie Dimaranan – Admittedly, “Paraiso” is one of my least favorite songs – in spite of its environmental message. It sounds so saccharine – sickeningly sweet, actually. This 16-year old girl – mercifully – is so talented, I was able to listen to that song till the end without climbing the four walls of my room. Zephanie is another Idol Philippines finalist who is easy to sell to the public. And wait till she gets a little older and more mature as a performer. This early, I’m already betting my money on her.

Miguel Odron – The best asset of this balikbayan Idols hopeful is his wide vocal range. His rendition of “Kahit Ika’y Panaginip Lang,” another difficult song, is effortless. But he should still work on his style and personality. And though this is none of my business, maybe it would help if he doesn’t gather his hair up. Tying it in a bun makes him look unkempt. A nice conventional haircut will do the trick for him.

Rachel May Libres – I never thought that “Paano na Kaya” could be sung even  better than the rendition of Bugoy Drilon, whose beautiful voice is unique and made for professional singing. To think that the one who sang “Paano na Kaya” this time happened to be female. But she is no ordinary girl. She is one girl with tremendous lung power.  Rachel actually went off to a bad start, but more than made up for it in the end. Too bad, she got booted out during that round of elimination.

Matty Juniosa – Undeniably, he gave the most colorful performance that evening while singing “Nais Ko.” With his androgynous looks, he might as well be the Idol Philippines counterpart of Adam Lambert of American Idol. Singing on the Idols stage, you see no effort and seemed like he was just having the time of his life. Instead of “Nais Ko,” he might as well just have performed “Boys Just Wanna Have Fun.” It therefore came as a shock that he got eliminated that night.

The Butcher | How bright is the future for StarStruck bets?