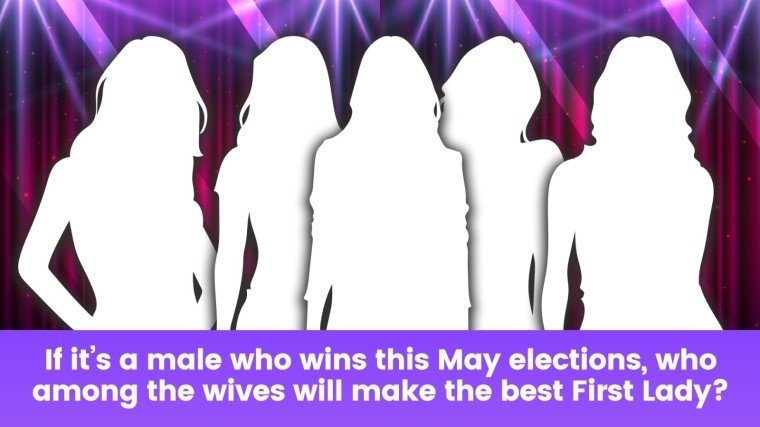 The Philippines had some well-admired First Ladies in the past – starting with Aurora Aragon Quezon. She was so beloved by this nation that she is the only First Lady who has a province named after her – the place of her birth, Aurora, which used to be part of Quezon Province (formerly Tayabas).

The First Lady is not elected into office. She simply comes with the package once her husband becomes President of the land.

But along with the President, the First Lady becomes very visible in the public eye. She is therefore open to scrutiny and could either be loved or hated by the people.

The Philippines had some well-admired First Ladies in the past – starting with Aurora Aragon Quezon. She was so beloved by this nation that she is the only First Lady who has a province named after her – the place of her birth, Aurora, which used to be part of Quezon Province (formerly Tayabas).

As a political wife, she proved to everyone that she was made of sterner stuff,  especially since she was a favorite topic of society gossip. There were her husband’s alleged romantic dalliances – and the fact that she and Manuel L. Quezon were first cousins - were enough fodder for rumors.

However, she totally earned everyone’s respect when she continued taking part in civic duties even after her husband’s death. The country therefore mourned as one when she and some members of her party were killed in an ambush on April 28, 1949.

During the time of Elpidio Quirino, the First Lady duties were carried out by his daughter, Vicky, since the President’s wife, Alicia Syquia, was killed along with some of her children shortly before liberation.

One former First Lady who got mixed reactions from the public was Eva Macapagal. Dona Eva was a highly-accomplished woman. She was a physician who spoke beautiful Spanish.

Oh, she was a stickler for cleanliness. She totally cleaned up Malacañang, but without necessarily spending public funds. Soap and water did most of the trick.

She also did an inventory of the Palace artwork collection. Antique tables and bureaus were brought out from storage and were turned into usable pieces once more after a lot of polishing and restoration work.

The beautification of Rizal Park was actually her project – although it was later continued by Imelda Marcos. But, boy, did she have a temper – a trait inherited by her daughter, Gloria Macapagal Arroyo, no doubt.

Mrs. Macapagal wasn’t the typical glamorous-looking First Lady. She was rather short for one. So that she doesn’t look “pandak,” she took to wearing the kimona instead of the usual terno, a costume that often drowns the figure of the diminutive Pinay.

Amelita Ramos wasn’t tall either. But she will always be remembered by the Filipinos for her simplicity. The public actually respected her for her decision to continue with her career as one of the administrative officers of the International School. And six months before her husband, Fidel Ramos, finished his term in Malacañang, Ming already had her things packed and ready to move back to their house in Alabang.

Of course, the most colorful First Lady this country ever had was Imelda Marcos. You either adore her or despise her – depending on your political alliance.

Are we going to love or hate our next First Lady? There are several presidential bets running this May. Among the prominent candidates, most have living spouses. (Leni Robredo is a widow, as we all know.)

Let’s get to know the wives of some of the gentlemen running for the highest post in the land. Who among them will make the best First Lady? (That is, of course, if it’s a male who wins this May.)

Lisa Araneta-Marcos – If ever Bongbong Marcos wins, he will be bringing with him to Malacanang a lawyer for a First Lady. In the past, there had been two First Ladies who were “titulada.” But they were both doctoras – Eva Macapagal and Loi Estrada. Lisa will be the first lawyer First Lady – although there had been a lawyer First Gentleman, Atty. Mike Arroyo.

I’ve never met her, but from what I hear, she could be feisty, which isn’t necessarily bad. That comes with the territory of being a lawyer.

For sure, Lisa will always be compared to Imelda as First Lady and she’ll have big shoes to fill. Oops, no pun intended there.

Big hair? No, that belongs to another generation. If ever her husband is elected President, she is expected to be a modern and progressive First Lady of this new millennium.

Jinkee Pacquiao – Of all the possible next First Lady, it is Jinkee I’ve seen up close. I knew her when her husband Manny Pacquiao was just a fresh victor in the international boxing arena. She and Manny would come to the GMA studios just by themselves. They were a very simple couple – so lovable.

Jinkee was a dream subject for an interview. I once asked her if she had in-law problems with Mommy Dionisia and she candidly admitted that she had – during the early part of her marriage to Manny.

Sadly, as Manny became bigger in the field of international boxing, he and Jinkee became less accessible for interviews. When Jinkee started her YouTube channel and became very visible on the internet, the distance between her and the public widened further.

Sure, we were welcomed to her private space. But we got alienated when we saw that everything around her was expensive. Of course, her husband worked hard for all her material pleasures – and they can enjoy life as they please.

But that may not sit well with the rest of the population, who are mostly underprivileged. She may have to tone down a bit whatever she posts on social media – now that her husband is running for president and especially when he becomes the president.

Alice Lacson – I met her in person many, many years ago. That was so long ago because she was with her ex-daughter-in-law Jodi Sta. Maria that time I met her. Jodi and her son Pampi had long separated and had found new partners.

When I met Alice, she was there to accompany Jodi who was invited to judge a Slimmers World contest. I thought that was so sweet of Alice. And she really struck me as somebody sweet, kind and gentle. If ever Senator Panfilo Lacson wins as president, I hope she retains those attributes as the official Palace hostess.

Marieza Tolentino de Guzman – Last Christmas, presidential aspirant Leody de Guzman posted on social media their family picture that was taken in the dining room of their home before noche buena. The table was set with china and cutlery and hovering above the room was a split-type air-con unit.

Boy, did De Guzman get it from the netizens who can’t reconcile the fact that the supposed representative of the masses has such bourgeoisie taste. Trying to defend himself, he reasoned out that he works hard to give his family a comfortable life. Nothing wrong there.

Ka Leody is married to the former Marieza Tolentino, who is not well known to the public. If she becomes First Lady, maybe she should start learning to appreciate things Filipiniana.

That noche buena setup must have been put together by Marieza, being the madre de familia. The problem there was that it screamed of too much colonial flavor. Native place mats definitely would have made the dinner table look more Filipino.

And instead of that pet corgi, the price of which is said to be exorbitant, maybe the family could have opted for an “aspin.” The “asong pinoy” are also cute and intelligent. If Ka Leody becomes president, the Palace dog perhaps should be named Bantay.

Diana Lyn Ditan Domagoso – Despite Isko Moreno’s standing in society – both in showbiz and politics – it is quite incredible that his wife had managed to stay low profile all this time. Of course, she had granted interviews with the press from time to time, but the public hardly knows anything much about her, except for the fact that she is a businesswoman.

But this much we are assured of – if ever Isko gets elected as President and Diana becomes First Lady, they will be bringing with them to Malacañang truly good-looking presidential children.

The Butcher | Show business in the Year of the Tiger