The Butcher | Should Martin del Rosario be apprehended for violating anti-smoking law? 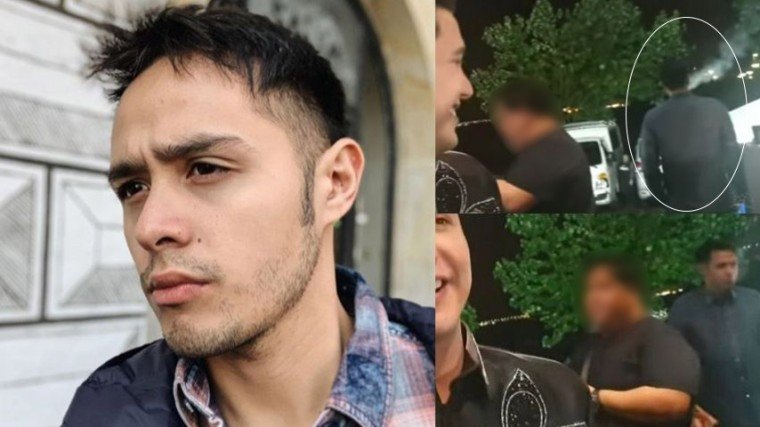 Last week, I watched a PaoloBallesteros interview on the StarPhotog Vidz YouTube channel. In the background was this man clad in gray barong Tagalog smoking to his heart’s content. I immediately identified him as Martin del Rosario, who must have been just minutes fresh from winning best actor (for Panti Sisters) in the recently-concluded Pista ng Pelikulang Pilipino.

Health advocates today will probably have a collective heart attack if told that in the old days – some 50 years ago – smoking was allowed inside the cinema.

Smoking cigarettes back then was considered a form of sophistication and. practically all Hollywood stars smoked in those days – on and off the screen. Bette Davis, in fact, lit up a cigarette in practically all her films – except when she played Queen Elizabeth I in The Virgin Queen and in Elizabeth and Essex.

Since smoking was associated with self-confidence, the frail leading ladies in old Philippine movies were hardly shown puffing away on the big screen: They were supposed to be damsels in distress – too weak even to hold a cigarette stick.

Only the virile leading men and the strong-willed female villains were made to smoke in the movies. This must have been the reason why Rosa Rosal, who began her career as a glamorous contravida, was tapped to endorse the cigarette brand Old Gold – even if in real life she detested the smell of cigarette smoke.

In later years, she refused to hire drivers who smoked. And in one live episode of Damayan, she turned away a man asking for dole-outs because he reeked of cigarette smoke. I saw her logic there: Here was a man who had his priorities all mixed up. Instead of using whatever money he had to buy food for his family, he decided to waste it on cigarettes. And then there he was – asking for charity. I gave the great Rosa Rosal a one-man standing ovation for that.

Another actress-turned-public service host back then was the late Cielito del Mundo. Later in life, she shifted to politics and became Quezon City councilor. One of the ordinances she pushed for was anti-smoking.

In one FAMAS awards night at the Fiesta Pavilion of the Manila Hotel – which was not within her jurisdiction, she found herself seated at the same table as Vilma Santos. Vilma was not into politics yet that time. That evening of the FAMAS, she was gunning for her fifth best actress win that would install her in the Hall of Fame.

Feeling nervous, Vilma must have wanted to calm her nerves by lighting up a stick. But before doing that, she politely asked everyone in her table if she could smoke – particularly Cielito del Mundo who was seated right beside her.

“May I smoke?” Vilma asked the then Quezon City councilor. “Shurrre,” Cielito muttered under her breath. By Vilma’s second puff, however, Cielito reached deep into her bag and pulled out a huge Spanish fan practically the size of Spain and Portugal combined. She started fanning herself – obviously to get rid of the offensive cigarette smoke that was being blown toward her direction.

With that, Vilma put out her cigarette while sheepishly saying, “Sorry!”

Aside from Quezon City, Makati also had its own no smoking ordinance – and this was strictly imposed.

In the mid-’90s Senator Juan Flavier also pushed for the “Yosi Kadiri” anti-smoking campaign. Private individuals eventually formed groups to fight against smoking in public places. I was invited to one by Maribel Cantada, widow of the great sports commentator Joe Cantada, who had earlier succumbed to lung cancer. The president of our group was Aurora Pijuan and among the other officers were minor officials from the Department of Health.

To our relief, Republic Act 9211 – otherwise known as the Tobacco Regulation Act of 2003 - was passed. This was one major victory because prior to the enactment of that law, smoking was still allowed inside SM Megamall and other shopping centers.

Like most other laws in the Philippines, the problem was enforcement. Then on May 16, 2017, President Rodrigo Duterte signed into law Executive Order No. 26 (E.0. 26). On the day of its implementation – July 23, 2017 - I patrolled my neighborhood in North Greenhills to see if people were taking this now national law seriously. I drove down Annapolis Street in the commercial area and saw smokers still having their usual merry time. I went to the sub-police station across Greenhills Theater to alert the cops stationed there. To my horror, even the policemen were smoking.

In 2018, I was having dinner in a food park in Pasig when I noticed a lot of people smoking. I went to the head of security to complain about the non-observance of the smoking law. The succeeding scenes almost turned violent. One of the tenants of the establishment approached me angrily and said that as stall owners “kami ang masusunod.” I thought it was the law that should be followed, but in that place, apparently his word was law. Or so he thought.

The following day, I immediately reported the incident to the Pasig City Hall and to be fair to its people, they swooped down on this food park to make an investigation. My only concern was the non-observance of E.O. 26. But after a thorough inspection of the place, the list of violations turned out to be longer than a housewife’s grocery list – from the lack of grease traps to the absence of bike racks. Hooray to the people of Pasig City Hall for doing their job.

Unfortunately, not all cities care about the anti-smoking law. In the watering holes of Timog and Tomas Morato, for example, smokers still puff away anywhere they please – as if there was no law against that. But I am only one person and I can’t be accosting each and every non-compliant smoker in this country.

Last week, I watched a Paolo Ballesteros interview on the StarPhotog Vidz YouTube channel. In the background was this man clad in gray barong Tagalog smoking to his heart’s content. I immediately identified him as Martin del Rosario, who must have been just minutes fresh from winning best actor (for Panti Sisters) in the recently-concluded Pista ng Pelikulang Pilipino.

The venue of the awards presentation was at the One Esplanade in Pasay City. I studied the video carefully and saw that there was an awning above where Martin was smoking. It was also in the entrance/exit area – a place where  it is prohibited to smoke because people converge there.

I met Martin only once – when he won best supporting actor (for Dagitab) in the 2014 Gawad Urian. My conversation with him was no longer than a congratulatory remark and that was it.

I admire him as an actor and I find his performance to be quite impressive in The Gift. He plays a bad guy there, by the way, and in my eyes I now find him more villainous than ever – no thanks to his being an inconsiderate member of society.

Am I overreacting with my anti-smoking crusade? I don’t think so.