The Butcher | Should the public still believe in entertainment awards? 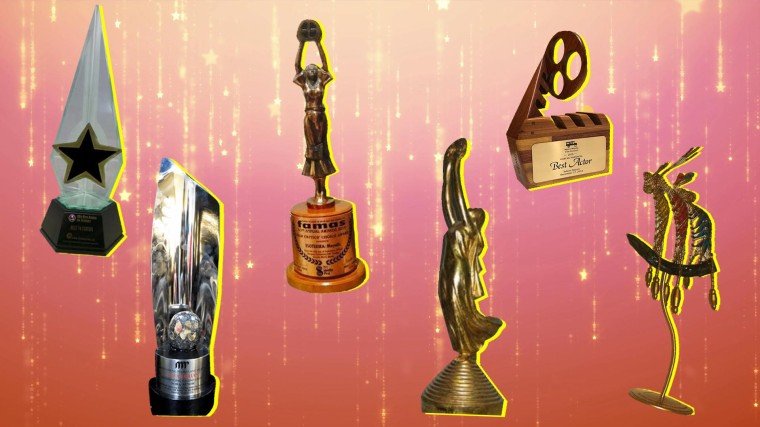 There were also other awards anomalies that took place before and after that infamous Manila Filmfest scam of 1994. Although some of these saw print, there were no investigations conducted maybe because nobody was caught en flagrante delicto. Showbiz insiders, however, talked about these controversies among themselves for a while until these incidents had been forgotten – like most other issues in the entertainment profession.

Special events may no longer be big businesses these days, but award-giving bodies obviously are here to stay. Since the lock-down disallowed large assemblies of people, awards organizations last year resorted to handing out honors online. The same scenario will again happen this year since we have yet to beat COVID-19.

Awards presentations will definitely transcend this pandemic. Why not - given the fact that most awards groups survived even some of the biggest anomalies in the history of show business. Award-giving bodies will surely outlive the coronavirus.

The biggest awards scandal actually happened during the 1994 Manila Film Festival. This was the time when the names of the winners in the major acting categories were switched and this resulted in a long and controversial investigation.

The Manila Filmfest, however, still continued long after that and went on to honor some of the finest artists in the country: Lorna Tolentino, Jaclyn Jose, Ricky Davao, etc. It was only discontinued maybe because the City of Manila eventually found it too costly to organize.

There were also other awards anomalies that took place before and after that infamous Manila Filmfest scam of 1994. Although some of these saw print, there were no investigations conducted maybe because nobody was caught en flagrante delicto. Showbiz insiders, however, talked about these controversies among themselves for a while until these incidents had been forgotten – like most other issues in the entertainment profession.

Well, it’s the awards season again – with all the awards shows conducted online. Below, let me share with you some of the awards anomalies that may have already been forgotten by showbiz people. So as not to reopen old wounds, I am not going to name names anymore.

* A really long time ago, a top dramatic actress was told by the voting members of an awards group that she was a shoo-in for best actress. And so she dressed up for the affair and went to the venue – waiting for her award.

But when the president of the organization – a newshen – announced the name of the winner, the best actress turned out to be another top dramatic star – the industry rival, in fact, of the actress who was expecting to win. What happened there? The group’s president apparently changed the name of the winner on the spot. Nah, the 1994 Metro Filmfest scam was not an original stunt.

The following week, the newshen was spotted boarding a plane for Hong Kong – said to be courtesy of the producer of the actress who was declared winner. As to the actress who was told she was going to win, but didn’t, she swore off awards presentations and never attended any awards night after that.

While she made one Urian awards night an exception, she agreed to show up on the condition that she wasn’t going to speak and would only be there to hand out the trophy. She died in the US only a few years ago and outlived her rival dramatic actress by close to two decades.

* Until local brands started showing up in supermarket shelves, corned beef was a prized commodity. It still is, actually – especially in these days of hunger. But until the 1960s, corned beef was still popularly called carne norte in the Philippines.

When this story happened, corned beef was still mostly imported, but it was no longer called carne norte by Filipinos. Corned beef was the tool used by an actress-producer to win her very first acting trophy. Prior to the awards night, showbiz folk gathered at the LVN canteen every afternoon to relax over beer and a pulutan of corned beef, courtesy of the actress-producer.

Her Operation: Corned Beef was a success. She was able to collect her best actress trophy – with the public wondering how she managed to snag the award.

In time, she hired top-notch directors to handle her and eventually became a respected actress. It didn’t take long for her to win more awards that were no longer bought with corned beef. She was deserving of each one of them.

* The Nora Aunor-Vilma Santos rivalry began in the early 1970s. But the competition became real when both metamorphosed into fine actresses starting in the mid-1970s. From 1976 to the mid-1990s, they dominated the awards races.

During the deliberations for best actress one time in the 1980s, a veteran actress who was a voting member in an awards body stood up and said: “Nora and Vilma are truly outstanding in their respective films. But does it have to be them all the time?”

The veteran actress apparently was able to convince her colleagues into voting for a popular young leading lady who wasn’t deserving at all of her award (she became a seasoned actress eventually). No, there was no vote-buying in this case. But still, either Nora or Vilma was robbed of an award. The contest that year was truly just between them.

* In the mid-1980s, a child superstar was announced best child performer during an awards night. Before the winner could accept her award, the mother of another child star rushed forward waiving an official receipt in her hand. She was screaming: “That can’t be. My daughter is the winner. See, I already paid for it!”

That controversy was talked about for a week or so, but was eventually forgotten. The child star whose mother claimed she “purchased” the award grew up to be an award-winning actress. She never had to buy an award to prove her worth as an artist.

* In the past several years, an awards group had become notorious (although spoken about only within the industry) for being open to lobbying and peddling honors per category (from P40,000 up). It is also said that this body was controlled by a major entertainment company.

This award-giving body had also been suspiciously having ties in the major acting categories in the past few years. There is nothing wrong about having ties, especially if there are two truly outstanding performances competing against each other. And it’s not a crime to be indecisive either.

But in the case of this awards group, ties happen to accommodate a product sponsor’s celebrity endorser who happens to be in the running for an award. And so the voting members have their own winner – plus the choice of their TV producer, who should never interfere with the results

The anomalies committed by this awards body sometimes end up in tabloids, but, as always, are eventually forgotten. But disgruntled members who leave the group eventually talk.

With all the horrendous stories about awards anomalies, here’s hoping the public doesn’t get disillusioned with the annual awards competitions. Not all awards organizations are tainted with corruption. There are still those whose reputation remain untarnished.

The FAMAS, as the oldest award-giving body, had its share of controversies in the past. In the last three years, however, it decided to straighten up its act by inviting a group of independent-minded individuals to select its winners.

This decision on the part of its officers allowed the FAMAS to regain its credibility. One day soon, the public may get excited over the FAMAS again – as it was in the old days.

As for the other awards bodies that have never been accused of corruption and have relatively been scandal free, you may not always agree with their choices, but as in other competitions involving the arts, decisions are all a matter of personal preference. Taste, after all, is relative.

The Butcher | Farewell to this iconic showbiz landmark

The Butcher | Baby-switching is real, baby