The Butcher | So who else is watching the news? 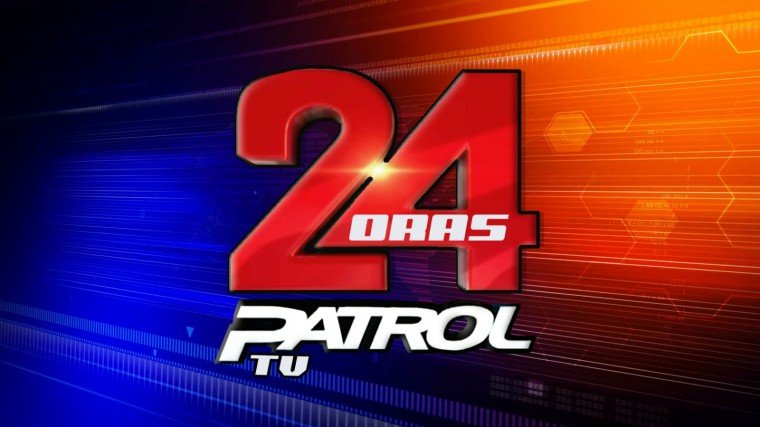 Although it still continues to weaken its hold on the public, mainstream media is so far still the most reliable source of news.

Does anyone still watch the news on TV?

GMA always issues press releases stating that the network’s news programs are leading in the ratings game. This kind of breast-beating makes the TV station look ridiculous. How can it lose when there is no real competition?

Sure, the disenfranchised ABS-CBN still has TV Patrol, but watching Channel 2 shows nowadays is like the first day of school - when you still have to make an effort trying to find your building or classroom. What minor station is it aired again?

Even before it lost its franchise, ABS-CBN’s news programs already had difficulty beating the competition over at GMA. 24 Oras had always lorded it over TV Patrol way, way before the pandemic.

Looking back, TV Patrol must have lost its grip on primetime due to the frequent changes in anchors. If only its news people didn’t have political ambitions.

Some of them had to take a leave in order to run for public office – only to return after their term is over.

Hmm. Does ABS-CBN actually encourage its talents to enter government service to help protect the network’s interest? That surely didn’t help at all when it was time for ABS-CBN to renew its franchise last year.

The fact that GMA news programs had long reigned supreme on local television isn’t surprising at all. The past two decades, GMA had been giving its all-out support to the news and public affairs division. It is the network’s niño bonito – to the detriment of the entertainment department that had long been neglected the past several years.

But perhaps to the consternation of GMA, even with 24 Oras serving as its primetime flagship, its post-programming dramas can never topple FPJ’s Ang Probinsyano in the ratings game. To think that Ang Probinsiyano is already at a disadvantage – given its home network’s lack of franchise to operate on free TV.

The Probinsiyano mania is still raging – thanks mainly to various social media platforms. And so this brings us back to the question about how many people still watch television.

Not so long ago, Raffy Tulfo complained about how a research group came up with such low ratings for his television show. Compared to his live viewers on the internet that reaches up to 100,000, his ratings on TV is practically 0.

That is so easy to explain. With TV5’s poor signal, his viewers have all migrated to YouTube.

The same scenario may happen to GMA’s 24 Oras and its other news programs.

Until a few years ago, it was a habit for viewers to wait before their TV sets at 6:30 p.m. to tune in to either TV Patrol or 24 Oras. When the pandemic happened in March 2020, everyone stayed glued to the news, especially since most people were trapped in their homes due to the lock-down.

Everyone wanted to find out what COVID-19 was all about and how to avoid getting infected by it. The government also set out guidelines regarding health and safety protocols and all that had to be disseminated to the public. Viewers anxiously waited for updates on TV regarding coronavirus.

All those pieces of information, of course, were also on the internet. But with all the fake news that went around during that early phase of the health crisis, news on television proved to be more reliable.

And then the ABS-CBN shutdown happened. To the surprise of many, the so-called Kapamilya viewers didn’t automatically embrace GMA. They searched every platform to continue having their fill of ABS-CBN programs.

For all of Mike Enriquez’ incessant coughing, 24 Oras remains one of the best sources of local news. The all-important credibility factor is still intact.

But then came a time not so long ago when a lot of people refrained from watching the news – any news. Too depressing, they claimed. And it didn’t help either that 24 Oras is loaded with commercials.

These days, a great number of those who still bother with the news seem to have shifted to watching 24 Oras and even Saksi on YouTube.  Actually, catching 24 Oras on the internet is highly-recommended. There’s no more procession of commercials to begin with. The few ad insertions can be skipped.

Those who now follow 24 Oras on YouTube no longer have to waste an hour and a half just to watch this newscast on television. There’s also the option to just watch the interesting and more informative news features and ignore the rest.

Best of all, there is a comments section where one could feel the pulse of the nation. It can easily be determined there how the viewers react to a particular news item.

So what are the common reactions?

Well, there are suggestions for Mike Enriquez to retire, along with his bothersome cough. There are also those who say that they’ve had enough of his  on-air fumbles. Of course, it’s not for the viewers to decide if Mike Enriquez goes or stays.

There are also those who use the comments section to vent their frustration over the hard-headed Filipinos who still party and continue to ignore the practice of social distancing. That is a very valid concern.

There are complaints though directed against GMA on how it uploads the news on the internet. Catching 24 Oras on YouTube, for instance, requires a lot of patience. It takes forever from the time you click till the actual start of the news. Sometimes the waiting takes eight minutes.

And once the news takes a break, the viewer has to endure station plugs that are repeated daily. For a while, Howie Severino started coming out of everyone’s ears when he made calls for the public to tune in to his podcast. That pitch was repeated daily for weeks. Oh, how they cursed him in the comments section even if it wasn’t his fault.

Another beef against GMA news is the lack of variety in its content. When Benigno S. Aquino, Jr. died, it was all Noynoy news and features for practically and hour and a half. That went on for days. It was as if nothing else was happening in the world, except for the death of a former Philippine President.

There are also viewers who actually stay tuned only to check the headlines for the day. If there’s nothing interesting in the news, which is often, they simply switch off.

But really, there is still room for news programs produced by GMA, ABS-CBN and other TV stations in spite of the strong internet presence. Two weeks ago, for example, news circulated all over social media about how the government was stopping the vaccination of Astra Zenica after a lot of senior citizens supposedly complained of really adverse side effects.

Of course, those who received the Astra Zenica vaccine began to panic and tuned in to television to get more information regarding that alarming news. But as it turned out, that was fake news.

Although it still continues to weaken its hold on the public, mainstream media is so far still the most reliable source of news.