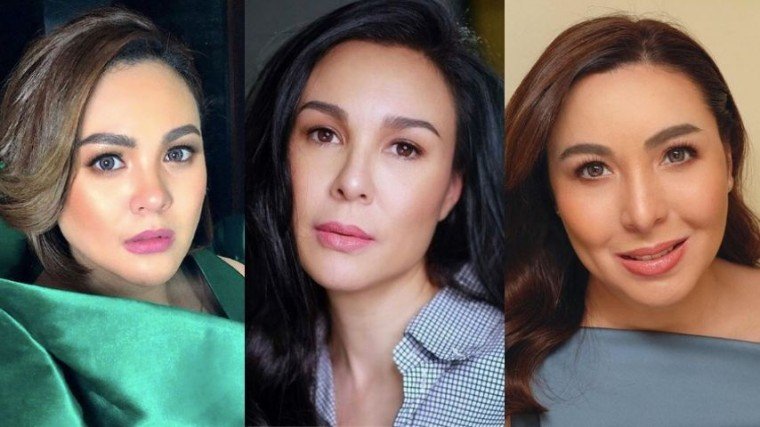 The Barretto’s week-long drama actually involved all of us –“in a bad way” (to borrow a quote from Marjorie). Their saga revealed the kind of people we are even if we were just spectators.

Miss Piggy once conceitedly said: “My beauty is my curse!”

Yes, one’s beauty could be one’s curse. This was especially true in the case of St. Rose of Lima who rubbed lime and pepper on her face to make herself look ugly so that men would not be a distraction on her path to the nunnery.

Here in the Philippines, beauty was also the curse of the mestiza de entresuelo, usually a descendant of a once rich Spanish family that had lost its fortunes. (Entresuelo means mezzanine where her kind was relegated since that was the only lodging her already poor parents could afford.)

Until the 1970s, there were still a lot of those impoverished senoritas concentrated in the then Rizal town of San Juan and also in the Manila district of San Miguel – in the peripheries of Malacanang.

The biggest problem of those mestizas was the fact that they had lost their financial means to support the opulent lifestyle set for them by their wealthy ascendants.

Just to get around the city was already of major concern for these mestizas. They couldn’t ride the jeep like their brown-skinned sisters because, well, they were too pretty. “Ang ganda-ganda, tapos naka-jeep.” That would have been a typical comment from those around them.

In those days when diversity had yet to be universally embraced, they would have called attention to their Caucasian looks if made to stand in the sidewalks of Azcarraga (Recto Avenue today). And so they had to take the expensive taxi that they could hardly afford.

My favorite story is that of a Spanish-speaking lady who was the friend of my mother from way back. This mestiza, who had since grown corpulent, was the daughter of a well-respected government official in the 1950s – when people in public service were still honorable.

Since they were a good-looking mestizo family with pedigree, they felt they had to be set apart from the rest of the Filipinos bearing the brown color of their Malayan ancestors. But that came at a cost: It was like flying business class and not the cheaper economy section.

In time, that took a toll on the family’s finances – until there was very little or even nothing left of their money. This mestiza had since resorted to borrowing paltry sums from friends to make ends meet. Once, she took out a loan from my mother and she had to take a cab just to get a hundred pesos or so in our house. My mother could only sigh: “For one borrowing money, she had to come in a taxi.”

But such is the fate of the beautiful mestiza – she with the patrician nose and porcelain skin. Of course, today’s woman will kill for those, especially in this age when everyone is bent on becoming white and beautiful.

Actually, beauty becomes a curse only when it is used as a jump-off point to improve a person’s station in life because somewhere along the way, values are sacrificed.

The beautiful Barretto sisters – Gretchen, Marjorie and Claudine – are products of the merging of two mestizo families, one from Zambales and the other from Iloilo.

Now, there’s one thing a lot of people had long wanted to know: Were the Barrettos rich from the beginning? This is a rather vulgar question not normally asked in polite society.

But whatever answer there is to this question will make the public understand where Gretchen is coming from in this celebrated family feud that started more than half a decade ago.

Gretchen’s resentments toward her parents are supposedly rooted in the fact that she was forced to work early on in showbiz to fend for her family. Of course, this was disputed by Inday Barretto who claims that her children “lived in beautiful homes, slept in carpeted, air-conditioned rooms, chauffeur-driven to school and had nannies each.”

Former actress Tanya Montenegro, Gretchen’s schoolmate at Colegio San Agustin, has her own recollection of the Barretto family’s financial status in those days. She remembers that “those houses were rented and that it was the brother JJ, and not a chauffeur, who drove the girls to school.”

Inday Barretto surely wasn’t lying when she made a list of the comforts her children enjoyed back in those days. And her memory is pretty accurate: Fully-carpeted bedrooms were very much in vogue in the ‘70s and ‘80s when her kids were growing up.

But a family – then and now – would need a lot of financial resources to be able to maintain a luxurious lifestyle that includes nannies, chauffeur-driven cars and, yes, carpeted air-conditioned rooms.

The late Barretto patriarch, Miguel, perhaps had all the means to support seven children – but probably not in that kind of opulent lifestyle. Unfortunately, he had no choice: His children are mestizos and mestizas and can’t be sent to school using public transportation. Their good looks had to have a corresponding fabulous lifestyle to separate them from the masses.

Maybe Inday was right in saying that they didn’t force Gretchen to work at an early age. But Gretchen, bless her, perhaps – even at an early age – somehow knew that somebody had to help out to be able to maintain the comfortable living conditions of the Barrettos.

One thing for sure: None of them would have starved and no one among the kids had to work early – but only if they lived modestly, perhaps in a two-bedroom apartment without the comforts of air-conditioning and carpeted floors. But apparently they opted to live in style. They most likely felt trapped to become “high maintenance” - no thanks to their enviable good looks.

Perhaps it is safe to assume that if Gretchen had to work, it was not because they were dying of hunger. She probably had to drop out of school and join show business to be able to maintain the kind of lifestyle they chose for themselves.

At Regal Films, her talent fee was said to have been higher compared to her contemporaries. Of course, Regal matriarch Lily Monteverde expected more from her and her films. Sadly, Gretchen’s Regal stint was basically uneventful.

She made more waves when she allowed herself to be exploited by Robbie Tan in the sex-laden movies of Seiko Films. Now, I would gladly bonk on the head anyone who would claim Gretchen did those pictures “for art’s sake.”

Then came Tonyboy Cojuangco. Upon her own admission in a rather recent social media post, she claims that the kind of life Tonyboy gave her allowed her to take it easy and have more time to take care of their daughter Dominique.

Life with Tonyboy also gave her the luxury to choose projects that allowed her to enhance her artistic side – like her singing and acting talent. I have to say that she indeed improved as an actress and was impressive in The Trial with John Lloyd Cruz.

She had not been working lately, however. Now, I hate to think that it was boredom that refueled her energy to fight again with her siblings – with Marjorie as her new opponent. (They used to be on the same side against Claudine.)

The fighting has died down – whew! But to this day, nobody knows for sure who instigated it – or, more importantly, what started it.

Their week-long drama actually involved all of us –“in a bad way” (to borrow a quote from Marjorie).  The Barretto saga revealed the kind of people we are even if we were just spectators.

We forgot about our brothers down south who were victims of the first round of the Mindanao earthquakes. We no longer gave a hoot about the water crisis. And, heck, the West Philippine Sea could have been stolen from us without anyone noticing because we were all tuned in to the fight of the Barretto sisters.

We gossiped about them and relished the brickbats from opposite directions and found those tasty and delicious. Surprisingly, there were no guilt feelings from any of us – not even from the most Catholic among us. Maybe it was because they brought it upon themselves.

The social media world was something else, however. The opinions netizens posted there were the meanest, unkindest and most cruel ever expressed in the history of communication. Hell blushed a bit with some of those words hurled there by social media users.

Ironically enough, the beauty of the Barrettos brought out the ugliness in each one of us.

The Butcher | The best of primetime TV - so far

The Butcher | One of the Baes: A comedy show with everything but humor