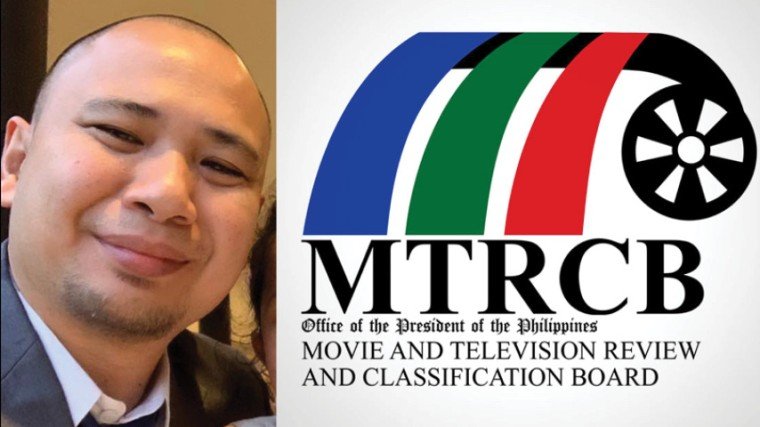 As the current MTRCB head, he is lucky in the sense that there isn’t much sex and violence anymore in the movies since those elements have found a new venue on the cyber world. At least, he doesn’t have to fight with industry members anymore – unlike Manoling Morato and Etta Mendez, who both had a rough time as censors chiefs due to the prevalence of sex and violence in cinema. Jaro’s term isn’t less challenging though. Part of his mission is to oversee the agency’s transition to online operations. This is in keeping with the government’s initiative to go paperless in all transactions.

From the time the Board of Review for Motion Picture and Television (BRMPT) was reorganized into what is now the Movie and Television Review & Classification Board or MTRCB, this government agency had been headed by various personalities who were either statesman-like or matronly.

The current chairman is totally different from his predecessors. His name is Jeremiah “Ogie” Jaro. He comes to the office not in the usual starched Trubenized shirts with necktie, but in loafers and knitted tees – with a collar, at least.

His cool, unassuming and unaffected ways must have been what gave the MTRCB employees the energy to carry on with their tasks even at the height of the pandemic. And now that work is more or less back to normal for a lot of government establishments, the MTRCB office along Timog Avenue in Quezon City had become a beehive of activities once more – hardly different from pre-COVID days.

With most film companies still wary about churning out films for theatrical exhibition, one may think that the workload of the MTRCB people had become lighter. Not necessarily so. Even before the pandemic, film production had already slowed down since the movie business had ceased to be lucrative some decade or so ago.

Ever since, it had always been television that had kept the MTRCB people busy. But ABS-CBN no longer has a franchise? That’s true. But its programs are shown on A2Z and in another obscure terrestrial channel, so those shows still have to be submitted to the MTRCB.

Jaro is actually hands-on as MTRCB head. And he isn’t the type to just sit it out in the office, waiting for documents to be delivered to him. He is usually all over the place – making sure that operations are running smoothly at every department.

But for all the hard work he puts in as MTRCB chairman, he maintains a low profile. In fact, there was hardly any news about his appointment as MTRCB chief. Formerly the agency’s vice chairman, Jaro took over the top post after Rachel Arenas left in October 2021 to run for Congress once again.

Like Grace Poe and the late Armida Siguion-Reyna, Jaro is truly suited to the job. We have to remember that Poe and Siguion-Reyna became two of the more effective MTRCB heads because they were familiar with the film business.

Armida was both an actress and producer who knew the very innards of movie-making. Grace, on the other hand, was Fernando Poe, Jr.’s daughter. FPJ was one of the biggest independent producers of his time.

Of course, the King had already died by the time Grace was sworn in to man the MTRCB. But Mama Susan Roces was very much around then to give Grace advice. The former Queen of Philippine Movies had her own Rosas Films and later became much involved in the operations of FPJ Productions when she became Mrs. Ronald Allan Poe.

In the case of Atty. Jeremiah Jaro, how could he not be familiar with the film business when he once lived inside a movie house? You read that right – in a movie theater.

The Jaros are from Cavite – in Imus. The patriarch, Honesto Jaro, was a film distributor of both foreign and local films in the 1970s. Fellow Caviteno, the late Senator Ramon Revilla, Sr., was one of Honesto’s friends.

Jeremiah’s parents are Marlon Jaro and the former Melchona Pabillon. When he was three years old in 1981, his grandfather decided to buy a movie theater in Davao. It was his father Marlon who was tasked to run this new family business. That meant uprooting the family and moving to Davao.

Since there was no readily available home to accommodate the Jaros, it was decided that they would initially live inside the movie house – the Davao Theater on Ilustre Street in the downtown area. They occupied a small space near the projection room. Although it was a one-bedroom affair, it had its own kitchen and bathroom.

It wasn’t really that inconvenient for the Jaros to live there because the only child that time was Jeremiah (two more siblings would come later). As a boy of three, he had the time of his life in that theater. In the morning, before the regular screenings, his Dad would run cartoon reels for Jeremiah’s enjoyment. Still in his pajamas, he had the whole theater to himself.

But when the film features had adult content, he was not allowed to loiter within the cinema premises. Oh, his eardrums had also gotten accustomed to the loud sounds of guns being fired during the screenings of action films.

When the family began to grow, Marlon decided to finally find a house for his family in Davao. The Jaros, by this time, had also purchased more theaters – also in the same city.

Jeremiah, however, had to leave Davao when he began his secondary education. He moved to Manila to be able to study at the Philippine Science High School. In college, he began studying legal management at the Ateneo campus in Katipunan, but eventually continued his course at the Ateneo de Davao.

He found himself back in Manila to pursue his law studies – also at the Ateneo. After passing the bar, he worked for the DENR and, later, also at the Department of Justice before he was appointed as MTRCB member in 2016. His wife, lawyer Cinderella Filipina (nee Benitez), is also in government service – as CHED executive director.

As the current MTRCB head, he is lucky in the sense that there isn’t much sex and violence anymore in the movies since those elements have found a new venue on the cyber world. At least, he doesn’t have to fight with industry members anymore – unlike Manoling Morato and Etta Mendez, who both had a rough time as censors chiefs due to the prevalence of sex and violence in cinema.

Jaro’s term isn’t less challenging though. Part of his mission is to oversee the agency’s transition to online operations. This is in keeping with the government’s initiative to go paperless in all transactions.

He is also bent on convincing the public that the MTRCB is not an enemy and is not out to censor movies. It is his desire to make moviegoers understand that the agency is only pushing for audience suitability in order to protect the young minds of children. He believes that adults should be allowed to watch anything they want. But as a father to four children – with 12 being the oldest and one being the youngest – he knows that their program choices have yet to be supervised by a responsible adult.

Isn’t he frustrated by the fact that the MTRCB can’t do anything about the sex and vulgarity that are all over the internet? Incredibly enough, Atty. Jaro shares that he had been approached by content creators asking for advice regarding audience suitability.

“Some of these vloggers actually don’t want to get into conflict with anyone, which is why they prefer to have guidelines,” points out Atty. Jaro. “Somehow they have some sense of social responsibility.”

Perhaps the creation of the MTRCB didn’t really all come to naught. Through the efforts of this agency that had always pushed for classification (and not censorship), parents and guardians have become aware of audience suitability for the sake of young people.

What a relief! There is still hope in this world, after all.