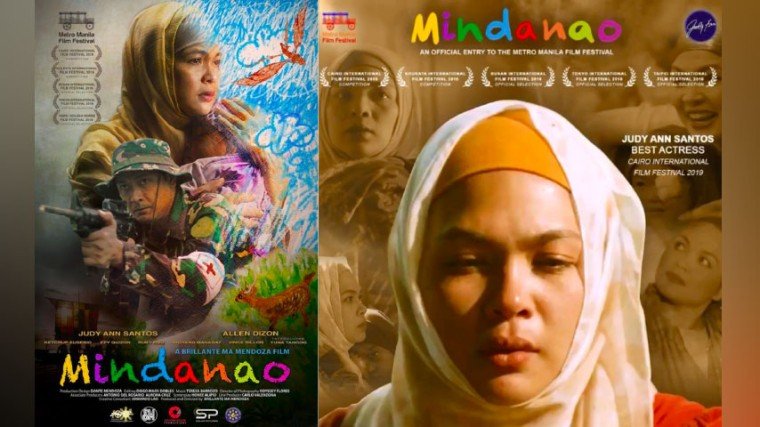 But in spite of the fact that this film was made practically to the tune of “The Sound of Music” and hopelessly without conviction, Mindanao is basically still a must-see if only for its one saving grace: the performances of Judy Ann Santos, Allen Dizon, and the child actress Yuna Tangog, who is the biggest MMFF acting discovery since Rebecca Lusterio of Muro-Ami.

The island of Mindanao south of the Philippines is both blessed and cursed. I say it is blessed because Mother Nature must have worked overtime to make it beautiful and rich in natural resources.

At the same time, it seems cursed because peace is so elusive in most of its parts – what with the endless battles there. And, lately, it’s been hit by a series of  deadly earthquakes.

Brillante Mendoza’s latest work is called Mindanao. This made film observers wonder why he made a movie about Mindanao when he is Pampango. (One of his early films is the Kapampangan picture Kaleldo and he had a tight grip on it – not surprisingly since he obviously knew the material inside-out.) Mindanao was accepted as one of the entries in the still ongoing Metro Manila Film Festival.

At the awards night held at the New Frontier Theater last December 27, his Mindanao brought home the Best Picture trophy and annexed several other honors, including the Gatpuno Antonio J. Villegas Cultural Award. It is definitely the biggest winner in 45th Metro Filmfest.

It was an easy victory for Mindanao, however, considering the fact that this most recent MMFF didn’t exactly have a rich harvest of quality films – unlike in the old days when the best of the year mostly came from the festival (1976, 1982 and 1985 were the best MMFF years – in that order).

The story of Mindanao is actually 3-in-1. But unlike instant coffee that can perk you up, one of the sub-stories here can lull you to sleep because it is a badly-crafted tale.

I’m referring to the fable that was incorporated into the movie. It is the story of brothers Rajah and Sulayman who save the island of Mindanao after battling it out with two dragons – Ginto and Pula.

The story of Rajah and Sulayman – done in crude animation – is intertwined into the movie as a device to make the narrative of Mindanao different from other films. The concept is brilliant, but the execution is hopelessly sloppy. To begin with, that Rajah and Sulayman story is lacking in substance. It will bore not just the adults, but even the children, who had long been exposed to the latest animation techniques from Hollywood.

The real meat of Mindanao is the story of Saima (Judy Ann Santos), a mother whose life revolves around her cancer-stricken daughter, Aisa (Yuna Tangog).  In Davao, mother and daughter temporarily stay at the House of Hope, a shelter open to young cancer patients from other parts of Mindanao. Saima chooses to stay there because it is close to the big hospitals in the city.

A tertiary story involves Saima’s husband, Malang (Allen Dizon), a soldier who – as part of his duty – spends more time in the battlefield than with his family. Aside from firing away at the enemies, there is also an inner battle within Malang, whose conscience has difficulty accepting the fact that he has to kill fellow Muslims as part of his mission to keep peace in Mindanao.

And then, there is also his conflict with some soldiers who are Christians who don’t take kindly to Muslims like him.

Given all the sad tales of the major characters in Mindanao, it is such a relief to discover so many feel-good moments scattered all over the film.

Unfortunately, some of those feel-good scenes are obviously contrived to play with the emotions of the viewers. In the House of Hope, for instance, all that benevolence and kindness displayed by the occupants there would make nuns in religious convents look evil. It’s good to see people getting along, but the way it is staged here in Mindanao, the camaraderie already looks artificial at some point.

I also find the super efficiency of the hospital and medical staff in that part of Mindanao a bit unreal. I don’t know if TV Patrol and 24 Oras are just exaggerating with their horror tales about the state of government hospitals, but everything seems to be enviably in order as far as the medical facilities are concerned in that section of Mindanao – or so as Brillante Mendoza claims in this film.

I sincerely hope all those amiable exchanges among people in Mindanao – as depicted by Brillante Mendoza in this movie – are true and real. But then, why is there still conflict in that part of the country?

In some parts of the film, the story starts to come out like a fairy tale. Sure, there is fighting, but that is contained and well kept under control by the government. Even that conflict between Muslim and Christian soldiers is resolved by showing those men in uniform helping each other and being one in the end.

What about the checkpoints in various parts of Mindanao? No need to get scared. Those checkpoints, after all, are manned by well-mannered and gentlemanly soldiers who are only too willing to help and assist the citizens of this country.

This film – as presented by Brillante Mendoza – has only one message: That everything is fine and dandy in Mindanao. It’s like the Davao bombing never happened.

If that is true, then why did they have to do the principal photography in Batangas (that’s what I gathered) and not in Mindanao – given the title of the movie?

With this film, Brillante Mendoza actually did the people of Mindanao a lot of disservice by glossing over the real conflicts there. Instead of adding another voice to the call for peace in that place, he took several steps backward by showing that everything is in order way down there.

Of course, not every other place in Mindanao is a war zone. From my end, I’d still like to take several vacations there like I did in the past and I know there is no need for me to be constantly worrying about my safety. But at the same time, we cannot close our eyes to the fact that there are serious problems there waiting to be addressed by the government.

Brillante Mendoza ignored all that in his attempt to make Mindanao look like the happiest place on earth after Disneyland.

But in spite of the fact that this film was made practically to the tune of “The Sound of Music” and hopelessly without conviction, Mindanao is basically still a must-see if only for its one saving grace: the performances of Judy Ann Santos, Allen Dizon, and the child actress Yuna Tangog, who is the biggest MMFF acting discovery since Rebecca Lusterio of Muro-Ami.

On the part of Allen Dizon, his role belongs to the supporting category, but as per MMFF rules, he was elevated to lead actor – and I am no longer questioning this because he is truly effective, particularly in his scenes where you see his pain as a father with a very sick daughter.

As for Judy Ann, her performance here will surely serve as her passport to get to the annual awards race – the Gawad Urian, Star, Luna, etc. - where she will have to face tougher competition in the acting category.

Unfortunately, I can’t say the same for the film. I doubt very much if it will still get any more recognition past the MMFF. Heck, it isn’t even the best in the filmfest.

The Butcher | Korina gets fake this Christmas 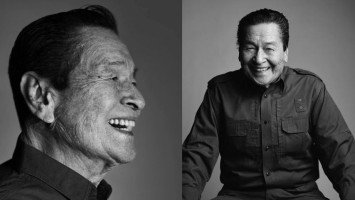 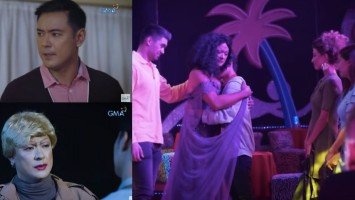